Padres rookie Fernando Tatis Jr. likely out for the season due to back injury, reports say 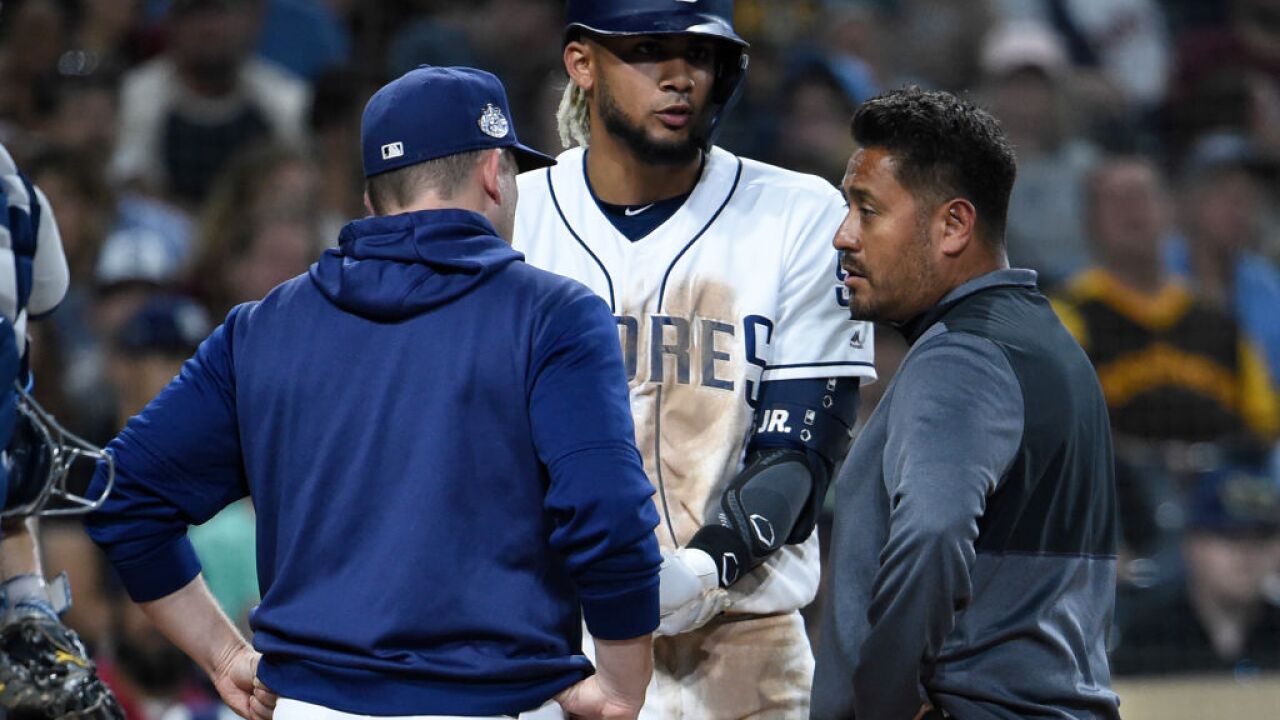 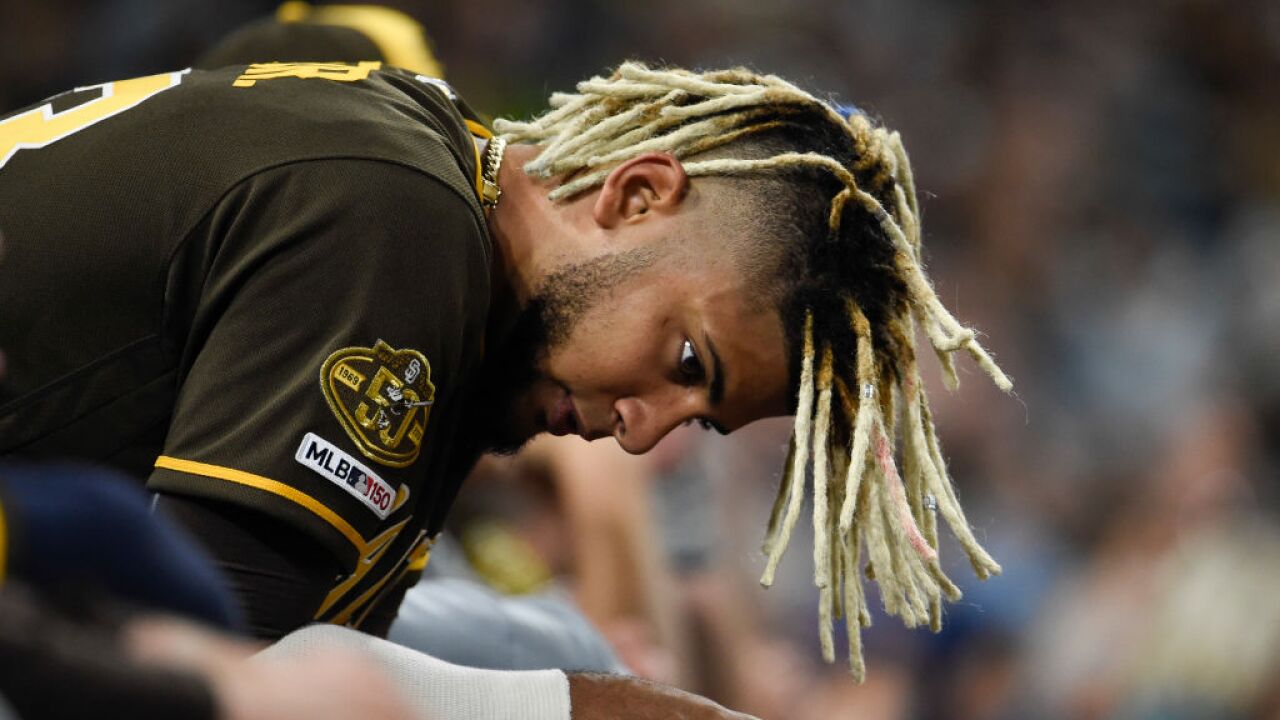 The team placed Tatis on the 10-day injury list Friday over a stress reaction in his lower back and recalled infielder Ty France from Triple-A El Paso to take his place.

According to MLB.com writer AJ Cassavell, Padres manager Andy Green said that Tatis is "most likely done for the season."

"It's disappointing, obviously," Green told the Associated Press. "We're going to do what we can to take care of him, and we expect him to be a huge part of what we're doing going forward. It's been really tough for him the last couple of days to swallow. It's a tough blow."

Green told the AP the injury was brought on due to "common usage" and required time to heal.

Tatis left Tuesday's game against the Tampa Bay Rays in the sixth inning with back spasms. He did not play on Wednesday. He also missed 34 games earlier this season due to a hamstring injury.

The Rookie of the Year candidate is currently batting a team-leading .317 avg., with 106 hits, 22 home runs, 16 stolen bases, 53 RBIs and a .969 on-base plus slugging percentage — the 2nd-highest OPS by an NL rookie in the expansion era, according to ESPN.

Friday, the Padres begin a six-game road trip to face the Philadelphia Phillies and Cincinnati Reds. The team is currently 23.5 games out of first place in the National League West, sporting a 56-64 record.