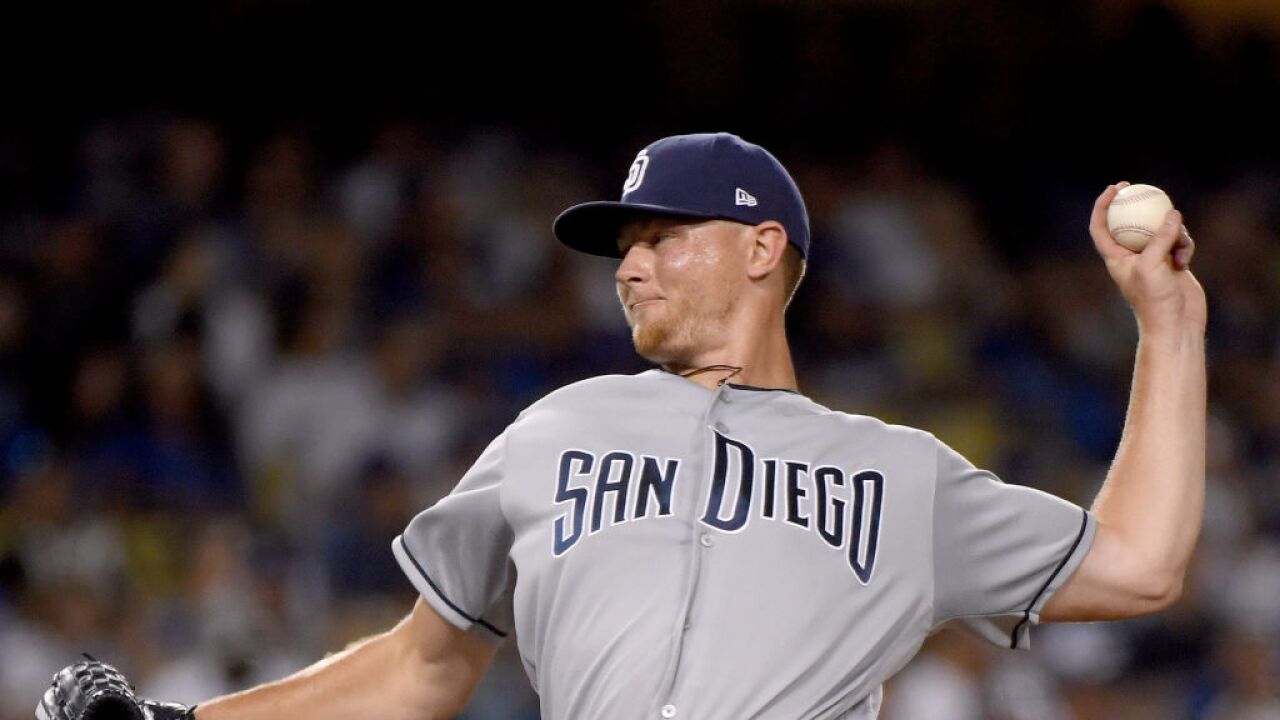 LOS ANGELES (AP) — Eric Lauer can boast about something not many major league pitchers currently can: an unbeaten record against the Los Angeles Dodgers.

The San Diego left hander improved to 4-0 against the Dodgers as the Padres rallied for a 5-2 victory in Los Angeles on Friday night.

"We've seen him numerous times and it seems like he saves his best for us," Dodgers manager Dave Roberts said.

Lauer (6-8) allowed two runs on three hits with six strikeouts for his first victory since June 3. He has a 1.72 earned run average in six starts against the Dodgers. According to Sportradar, that is the lowest ERA among active pitchers who have made six or more starts against LA. He is also the only one that is unbeaten.

"I like the intensity of the game and feel of the stadium," Lauer said. "I like that little bit extra to it because it feels like a rivalry game to me."

Cody Bellinger supplied the Dodgers' lone highlight, becoming the fastest player in franchise history to reach 100 home runs. Bellinger's two-run shot to center in the fourth inning — his 36th, which ties him for the lead in the NL — came in his 401st game and surpasses Mike Piazza, who accomplished it in 422 games.

"I didn't know it was my 100th until I was told in the dugout. Hopefully I can keep going," Bellinger said.

Myers had his second three-hit game of the season and has hit safely in his last six games. He has multiple hits in three of his last six after going 30 games without any.

With the Padres sending Franmil Reyes to Cleveland as part of a three-team trade, Myers is making the most of his opportunities now that he a regular spot in the lineup.

"I know it has been a hard road for Wil for a while, but he can play. Him being in the mix is better for us," Padres manager Andy Greene said.

Hosmer, who is 6 for 13 the last four games, tied it at 2 in the sixth with a single. Josh Naylor then supplied the go-ahead hit with a two-run double to chase May. Dodgers' center fielder Kristopher Negron tried to make a running leap at the wall, but it went off the top of his glove.

May struggled early and allowed an unearned run on three hits and was at 42 pitches after two innings. The right-hander — nicknamed "Gingergaard" due to his flowing red hair and a fastball that has been compared to Mets' power hurler Noah Syndergaard — settled down over the next three innings before tiring in the sixth.

"I thought he held his composure," Roberts said. "That first and second inning there was some traffic, but limited damage. I felt that last inning his pitch count was right where he needed to be and that he could get out of it."