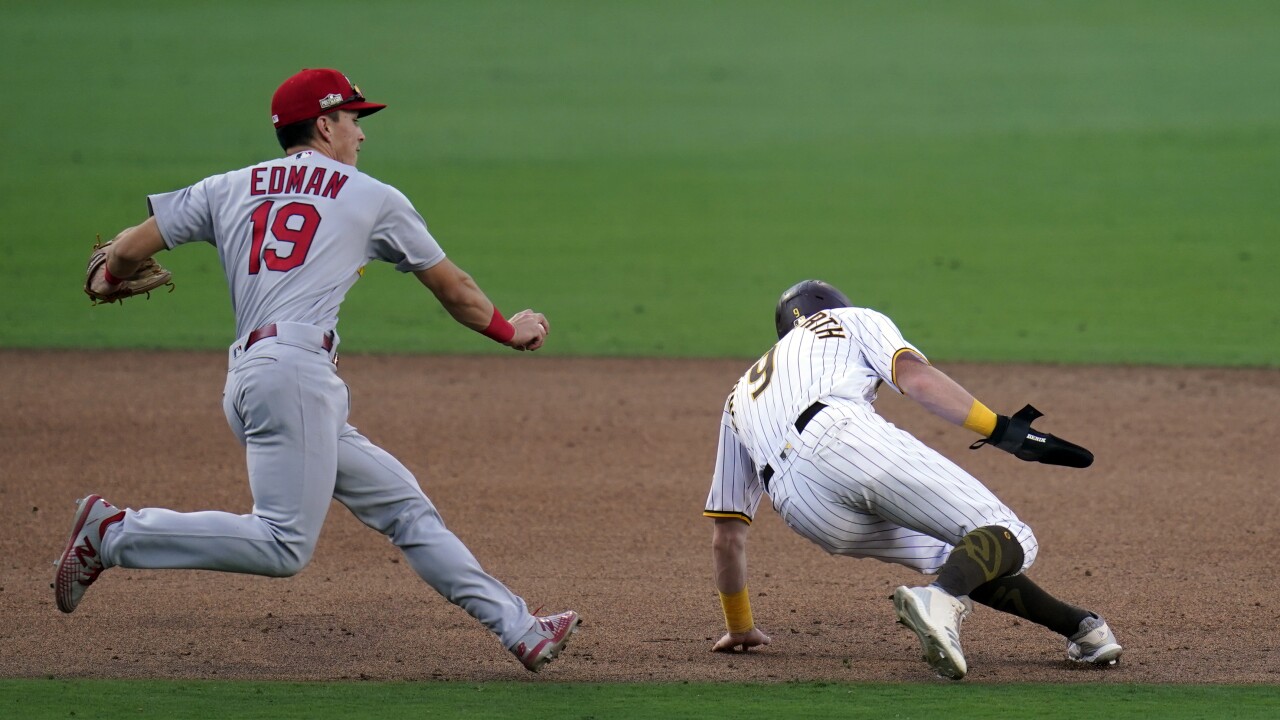 SAN DIEGO (AP) — Paul Goldschmidt hit a two-run home run during a four-run first inning, St. Louis’ bullpen held strong after starter Kwang Hyun Kim stumbled in his playoff debut and the Cardinals ruined the San Diego Padres’ long-awaited return to the playoffs with a 7-4 victory in the opener of their NL wild-card series.

The Cardinals need one more win to eliminate the Padres from the postseason for the fourth time since 1996. They swept the Padres in the NL Division Series in 1996 and 2005, and won 3-1 in 2006, which was the last time San Diego made the postseason.

Right-hander Chris Paddack (0-1) failed to give the Padres the boost they desperately needed after Mike Clevinger and Dinelson Lamet were left off the wild-card roster due to injuries suffered in their final regular-season starts.

Paddack lasted only 2 1/3 innings and gave up six runs. Paddack allowed eight hits, struck out one and walked none.