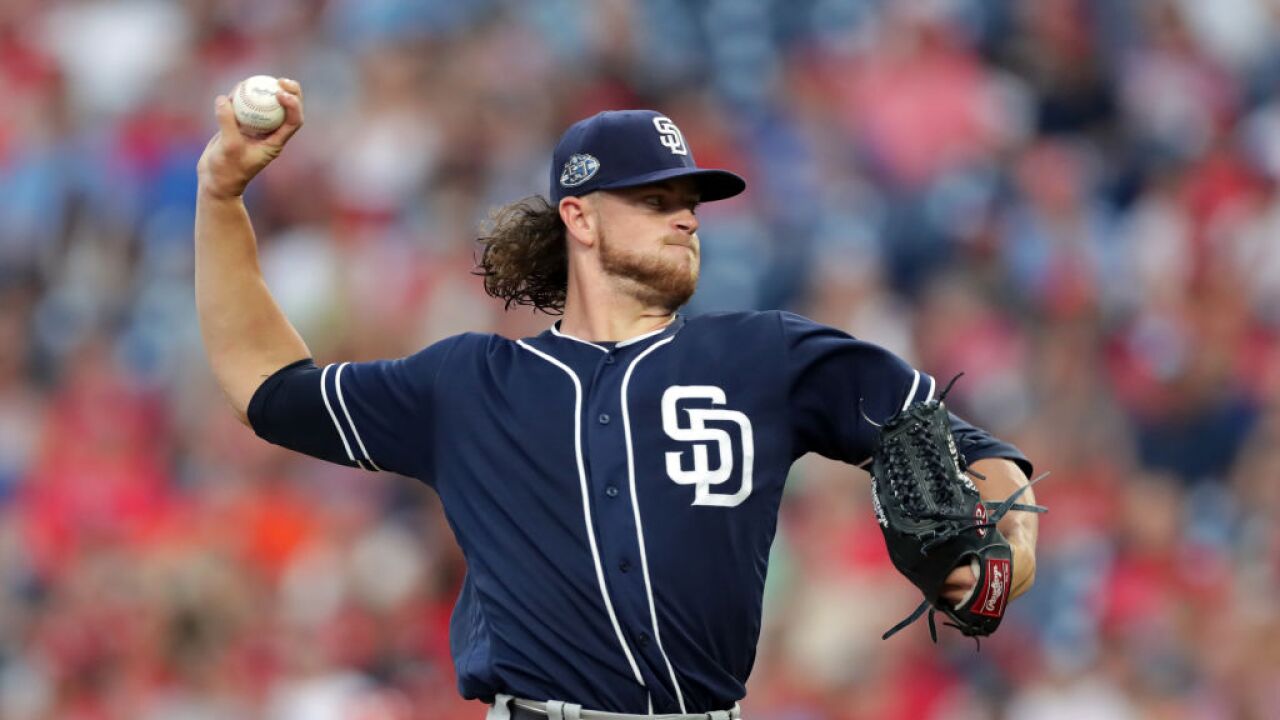 PHILADELPHIA (AP) — Just like their laid-back new hitting coach, Phillies batters suddenly are relaxed. But they are doing some serious damage.

The Phillies had 12 hits, and tied their season-high winning streak at four in a row while pulling even with the Chicago Cubs for the second NL wild-card spot.

Since Charlie Manuel arrived as the team's hitting coach on Wednesday, the Phillies are batting .337 with 35 hits, eight doubles, seven homers and 25 RBIs.

Manuel, the folksy former Phillies manager and hitting guru who led the club to its second World Series title in 2008, replaced fired John Mallee. Since then, the team's offense has taken off.

Manuel's addition seems to paying off huge for Harper, as the slugger is 6-for-12 with four homers and 10 RBIs in the last three contests.

"From top to bottom, it's pretty special," Harper said of Philadelphia's offense.

Phillies fans reveled in Harper's performance as much as the Padres' Manny Machado's.

Philadelphia coveted both high-profile free agents over the offseason, ultimately signing Harper for 13 years and $330 million after Machado inked for 10 years and $300 million with San Diego.

Machado went 1-for-4 with a strikeout while also making an error and got serenaded by Phillies fans with chants of "We got Harper! We got Harper!"

Josh Naylor had three hits for San Diego, which has lost four of five.

After the Padres pulled within 5-3 with three runs in the sixth, Harper put Philadelphia ahead by five with an opposite-field drive to left off Michel Baez in the bottom of the frame. It wasn't as majestic as his booming, walkoff grand slam in Thursday's 7-5 win over the Cubs, but it was plenty to clear the wall to give Harper 26 home runs and 90 RBIs.

"Gotta have a shutdown in the bottom of the sixth and we didn't have that," Padres manager Andy Green said.

Harper just missed another homer in the eighth when his line drive landed several feet to the right of the foul pole in right.

Philadelphia jumped out to a 5-0 lead with five runs off Padres starter Chris Paddack (7-6).

Quinn led off the third with a towering, 439-foot shot pulled to the second deck in right that made it 2-0. Two batters later, Realmuto followed by driving a 76-mph curveball over the wall in right-center.

Realmuto doubled and had three hits, and is batting .526 with four doubles, three homers and eight RBIs in his last five games.

"We're just having a ton of fun, obviously," Realmuto said. "We have a ton of confidence."