Masking up: Protective coverings not just for MLB dugouts 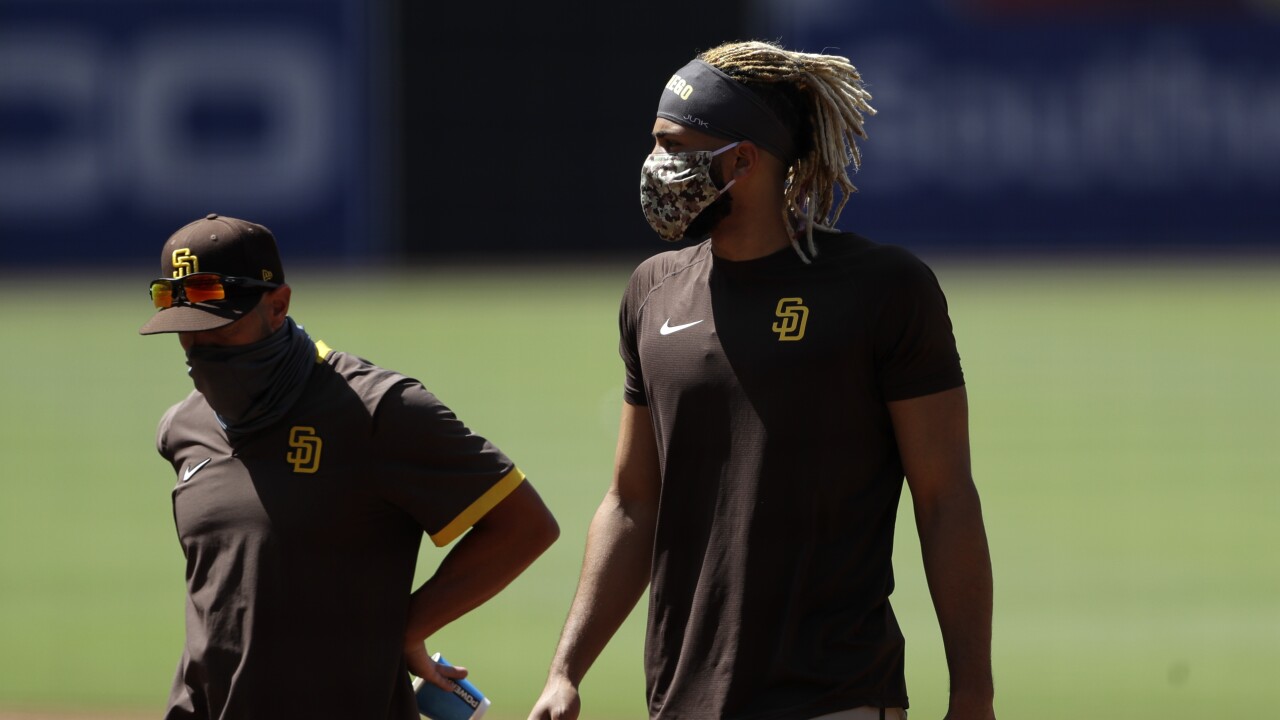 (KGTV/AP) — Protective masks won’t be out of sight when big league baseball resumes.

Some players and coaches are planning to wear them on the field. Safety protocols require masks in clubhouses and close proximity indoors, but not on the field.

San Diego Padres shortstop Fernando Tatis Jr. has often sported a face mask during practices at Petco Park, among a handful of other players.

The Friars have had two players test positive for COVID-19 since summer training camps resumed. Outfielder Tommy Pham has since recovered from the virus and rejoined the team. Recent trade pickup Jorge Mateo also tested positive during intake testing, but has yet to rejoin the squad ahead of the team's July 24 opener.

According to the team, no Padres players have opted out of the season as of yet.

Yankees outfielder Clint Frazier plans to wear one during games, in part to set an example for those watching on television.

Atlanta third base coach Ron Washington also plans to wear one for health reasons. At age 68, he's in a high-risk group.