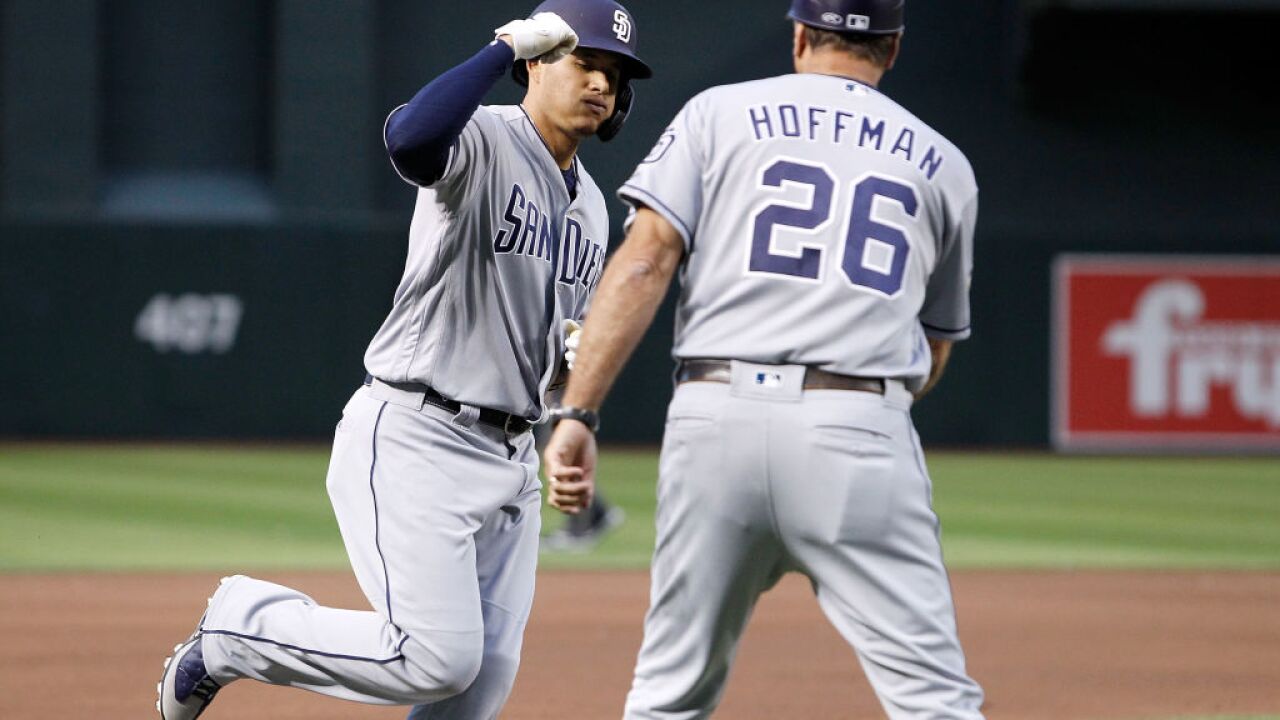 Ralph Freso/Getty Images
PHOENIX, AZ - APRIL 12: Manny Machado #13 of the San Diego Padres is congratulated by third base coach Glenn Hoffman #26 after hitting a solo home run against the Arizona Diamondbacks during the first inning of an MLB game at Chase Field on April 12, 2019 in Phoenix, Arizona. (Photo by Ralph Freso/Getty Images) 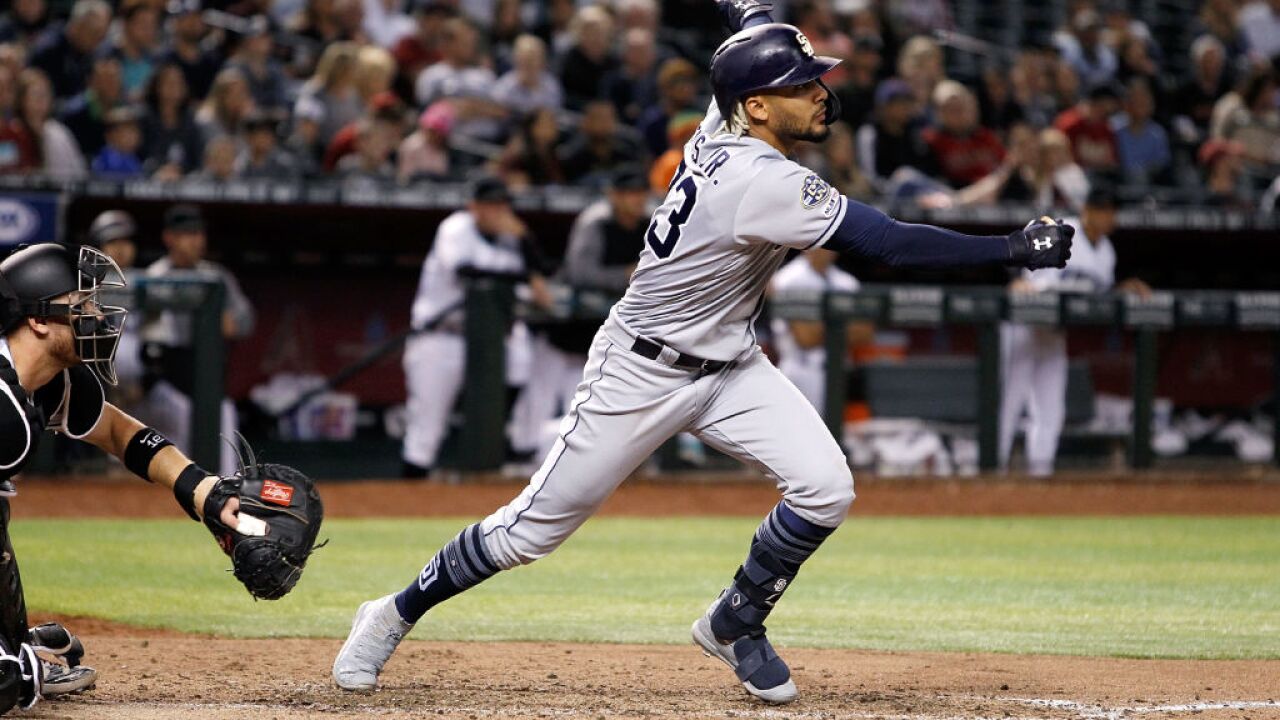 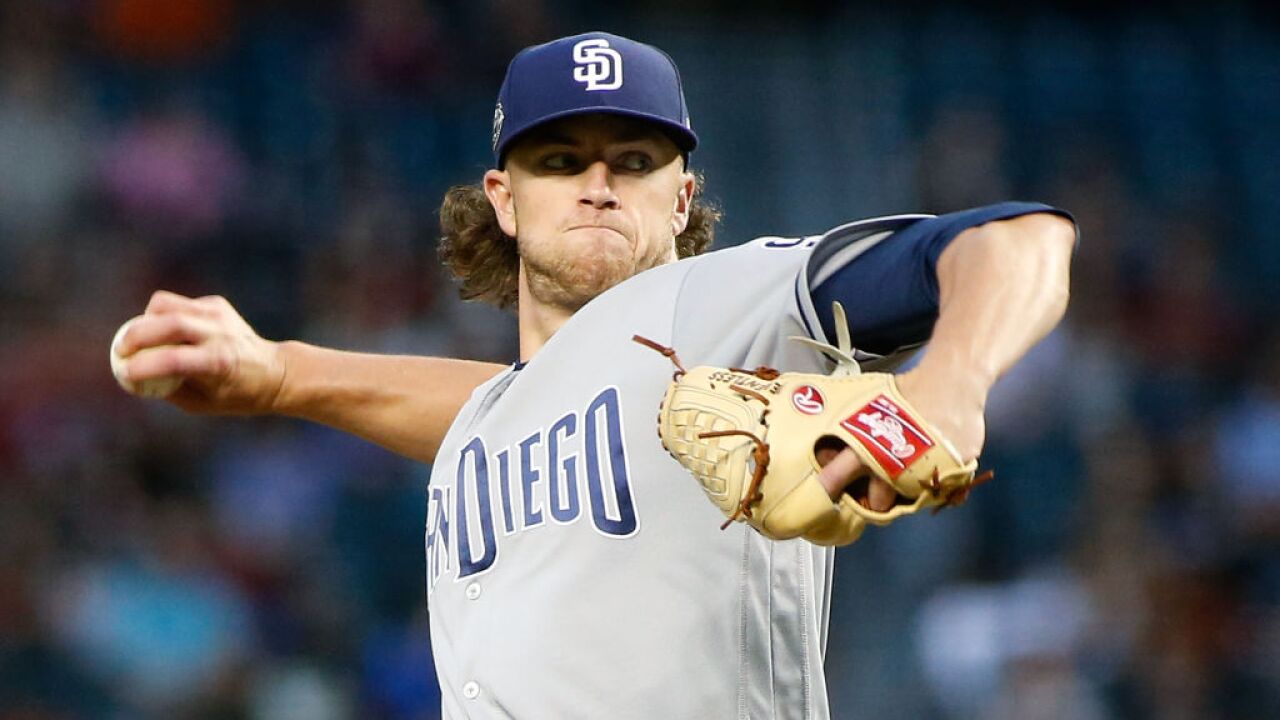 PHOENIX (AP) — Gerardo Reyes was an unexpected star for the San Diego Padres.

Reyes, called up earlier Friday and inserted into a tie game against Arizona, earned a victory in relief in his major league debut as the Padres beat the Diamondbacks 2-1.

In addition to his home run, Machado made a fine defensive play on a sharp grounder up the third base line late in the game. Fernando Tatis doubled, knocking in the go-ahead run in the seventh inning, and NL-West leading San Diego won its third straight and fourth in five games.

"It's great to be a part of this group. Something special," Paddack said. "It's very cool, the energy with this group of guys."

"He's not scared. We saw that in spring training," Padres manager Andy Green said of Reyes. "Love his temperament. No fear putting him in the game in that situation."

Three Padres relievers held the Diamondbacks hitless over 3 2/3 innings, including Kirby Yates' scoreless ninth for his National League-leading eighth save.

Arizona has lost three in a row and four of five.

Luke Weaver (0-1) retired nine straight from the fourth to the seventh inning before giving up back-to-back, one-out doubles to Wil Myers and Tatis. Myers scored as Tatis just missed a home run, his drive hitting the base of the right field fence.

"I was able to attack and stay aggressive," Weaver said, calling his outing his best of the season, so far.

Machado homered to the opposite field, into the right-field seats, on a 2-2 pitch. It was his fourth home run of the season.

But his defense in the bottom of the eight on Carson Kelly's grounder was still being talked about after the game.

"That left side of the infield just makes me smile," Green said. "San Diego fans are going to enjoy that hopefully for a very long time. He makes it look so easy."

Jarrod Dyson's hustle helped the Diamondbacks tie the game in the third. He made it to second base for a one-out hustle double, and scored on Peralta's two-out single.

"Offensively we never really got the line moving. We really never got into a rhythm," Diamondbacks manager Torey Lovullo said. "It seemed like when we had good approaches to Paddack, he made pitches to finish us off and we never could get into sync with him."