Hosmer drives in 6 to lead Padres over MadBum, Arizona 7-2 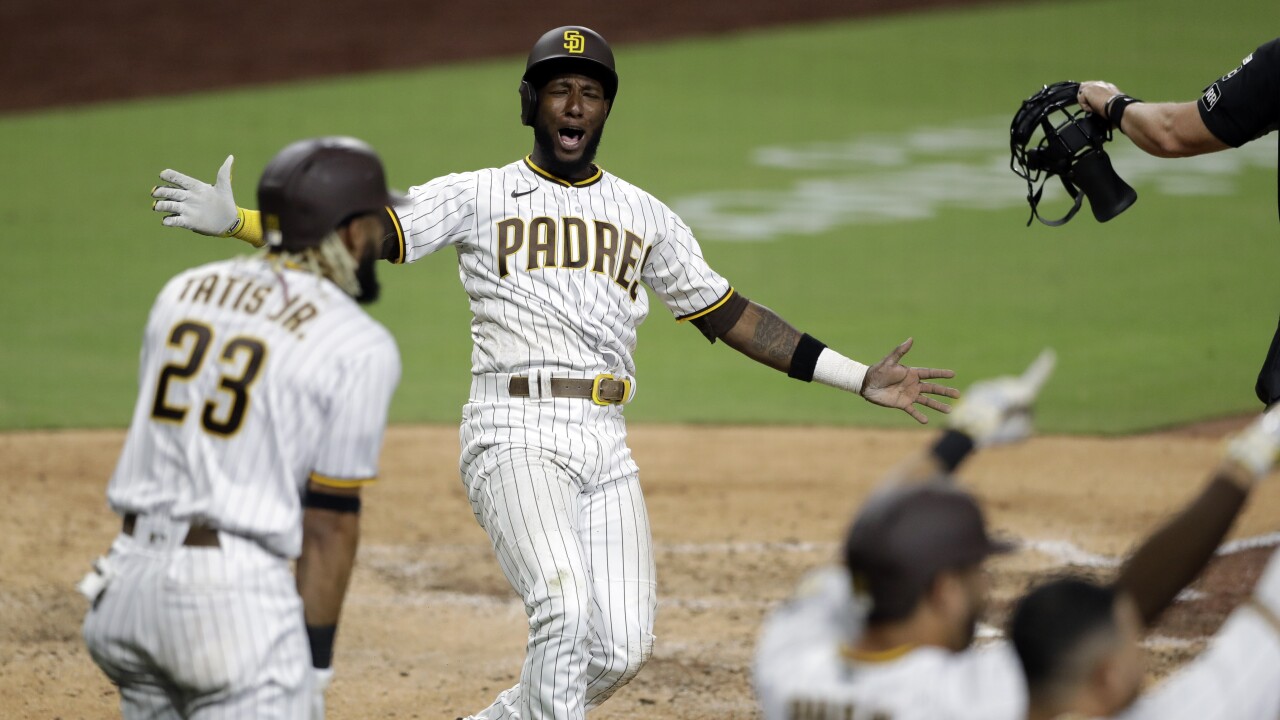 Gregory Bull/AP
San Diego Padres' Jurickson Profar, second from left, celebrates after scoring off a three-RBI double by Eric Hosmer during the seventh inning of a baseball game against the Arizona Diamondbacks, Friday, July 24, 2020, in San Diego. (AP Photo/Gregory Bull)

Hosmer’s doubles came off Bumgarner in the sixth inning and Kevin Ginkel in the seventh. Both were with two outs.

The 30-year-old Bumgarner allowed only two hits before struggling in the sixth.

The Friars continue their four-game season-opening series against the Diamondbacks on Saturday.