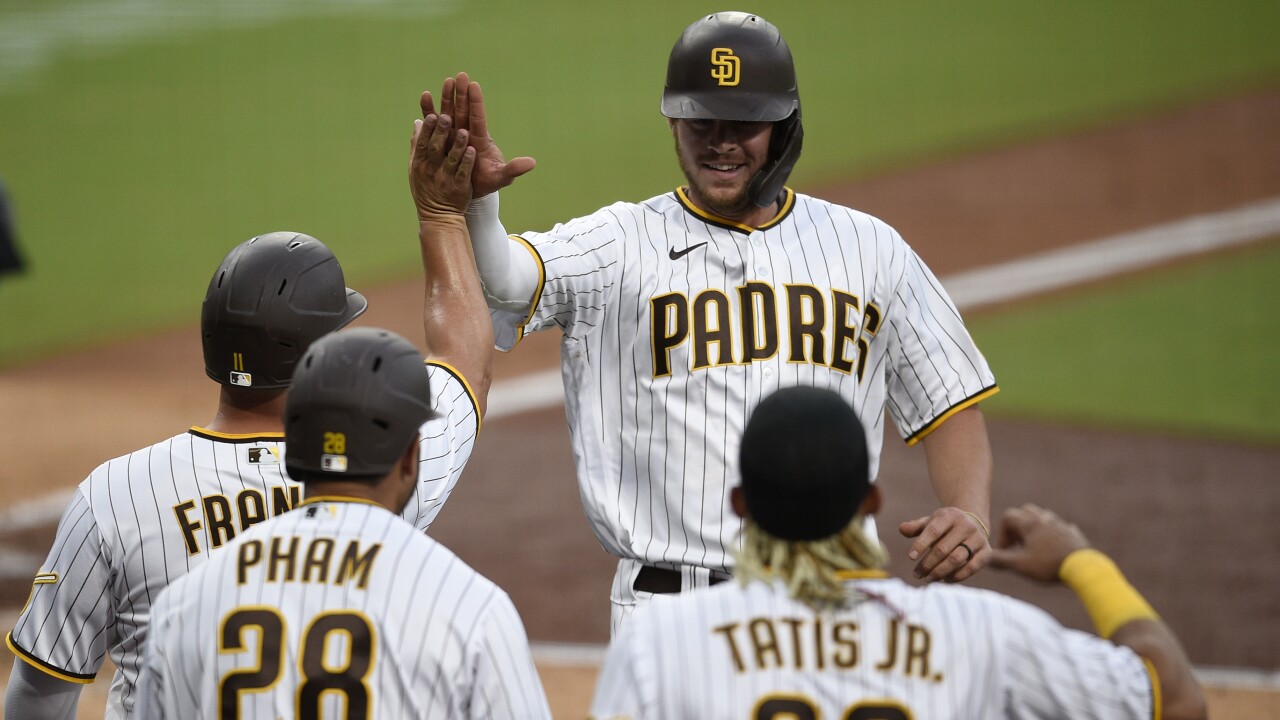 SAN DIEGO (AP) — Manny Machado and Wil Myers homered to back Dinelson Lamet, who pitched brilliantly into the sixth inning of the San Diego Padres’ 5-1 victory against the Arizona Diamondbacks.

Lamet held the Diamondbacks to one run and five hits while striking out eight and walking one. Rookie manager Jayce Tingler pulled Lamet after he allowed a leadoff double in the sixth to Starling Marte on his 80th pitch.

Myers’ three-run homer in the fourth was the Padres’ first of the year and highlighted a rough second time through the order for Arizona left-hander Robbie Ray.

Machado followed in the seventh with a two-run blast to center field off Héctor Rondón.

The Friars meet the D-Backs for the third of four games at Petco Park to open the 2020 season on Sunday.