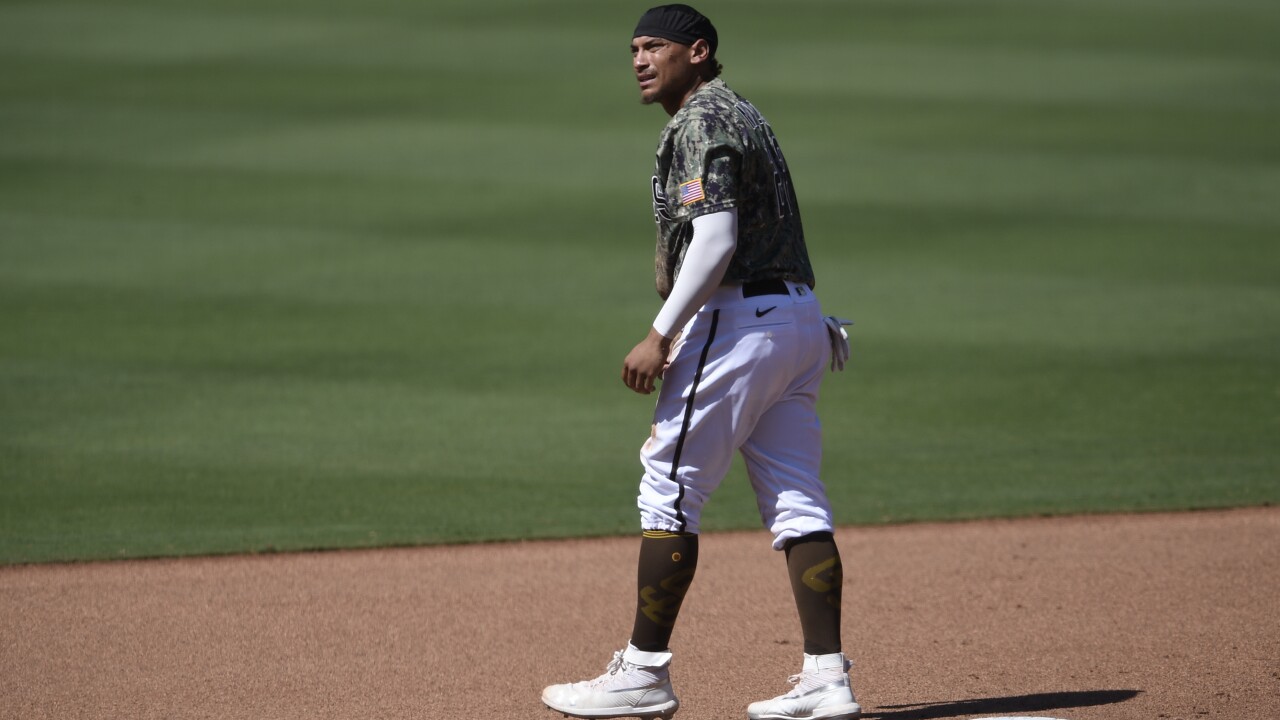 Kelvin Kuo/AP
San Diego Padres designated hitter Josh Naylor reacts after being tagged out at second base on a steal attempt during the seventh inning of a baseball game against the Arizona Diamondbacks in San Diego, Sunday, July 26, 2020. (AP Photo/Kelvin Kuo)

SAN DIEGO (AP) — Ketel Marte hit a go-ahead sacrifice fly off struggling Kirby Yates, and Arizona rallied for four runs off San Diego’s vaunted bullpen to earn a 4-3 victory after the Diamondbacks’ Torey Lovullo became the first manager to be ejected in the COVID-19 era.

The Padres had been MLB’s last undefeated team after St. Louis and Houston lost earlier in the day.

San Diego’s Garrett Richards left with a 1-0 lead after holding Arizona to one hit in five innings.

But the Diamondbacks, who struggled offensively in their first two games, came alive three innings after the masked Lovullo was ejected for arguing with plate umpire Mark Ripperger.

The Padres tied things up in the bottom of the third after an Eric Hosmer home run, and Jake Cronenworth scored on a single to center off the bat of pinch-hitter Greg Garcia.

Yates entered in the ninth and loaded the bases on a single and consecutive walks, before Marte hit a sac fly and David Peralta followed with an RBI single.

Cronenworth hit an RBI double in the bottom of the ninth, but Arizona closed things out before the Friars could walk it off.

Monday, the Padres will finish up a four-game opening series with the Diamondbacks at Petco Park.