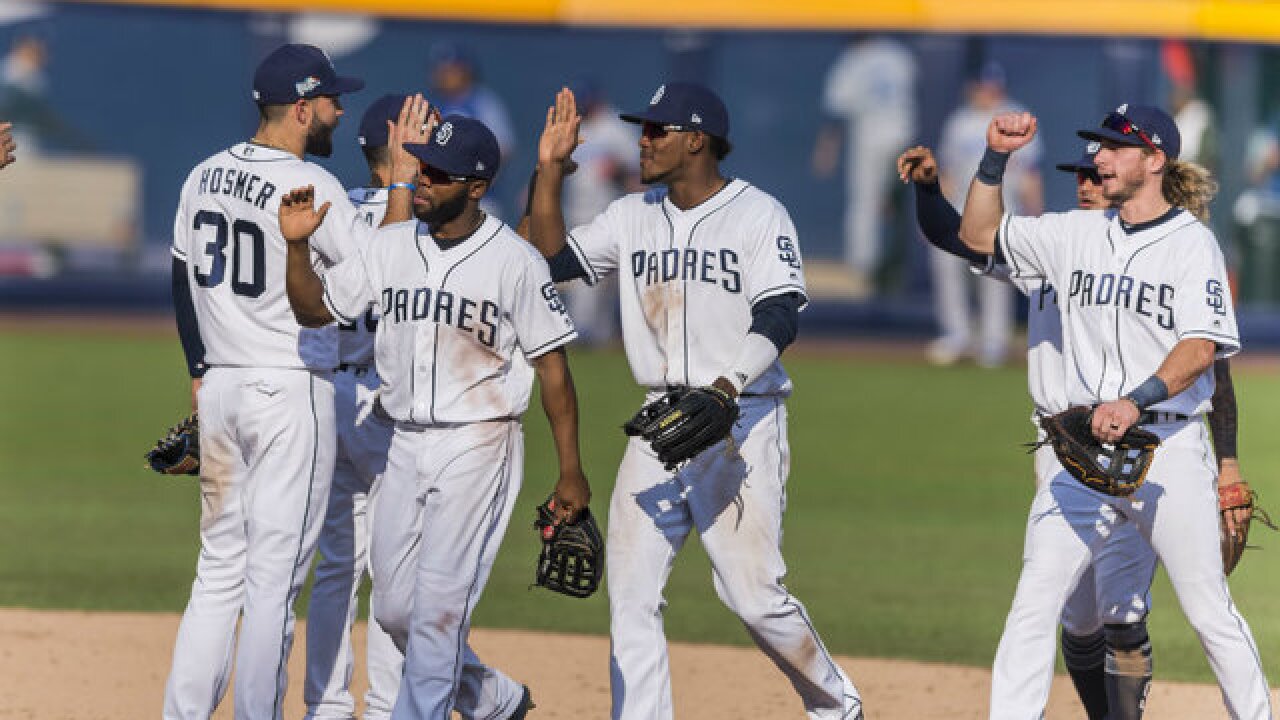 Copyright Getty Images
Azael Rodriguez
Players of the San Diego Padres celebrate after winning the series at the end of the MLB game against the Los Angeles Dodgers at Estadio de Beisbol Monterrey on May 6, 2018 in Monterrey, Mexico. Padres defeated Dodgers 3-0.

Los Angeles put Clayton Kershaw on the disabled list before the game with left biceps tendinitis, and the defending NL champions said their ace had returned to Los Angeles to be examined.

Hosmer connected in the fifth off Tony Cingrani (0-2), who had relieved Ross Stripling at the start of the inning. On Saturday, Hosmer's first-inning home run sparked San Diego to a 7-4 win. Hosmer has five runs this season, including three in his last five games.

Franchy Cordero added a run-scoring single in the seventh off Pedro Baez as the last-place Padres improved to 13-22.

Lauer (1-1) lost at Colorado in his major league debut on April 24 and did not get a decision when he started six days later at San Francisco. The 22-year-old left-hander allowed seven hits, struck out five and walked none.

Craig Stammen, Kirby Yates and Brad Hand followed, with Hand striking out three straight batters for his ninth save in 11 chances.

Los Angeles stranded 13 runners and went 0 for 9 with runners in scoring position.

The series finale drew 21,789, raising the three-day total to 65,116. Four Dodgers pitchers combined to no-hit the Padres in Friday's opener, the first no-hitter outside the U.S. and Canada.