Rickie Fowler will compete in the Rio Olympics 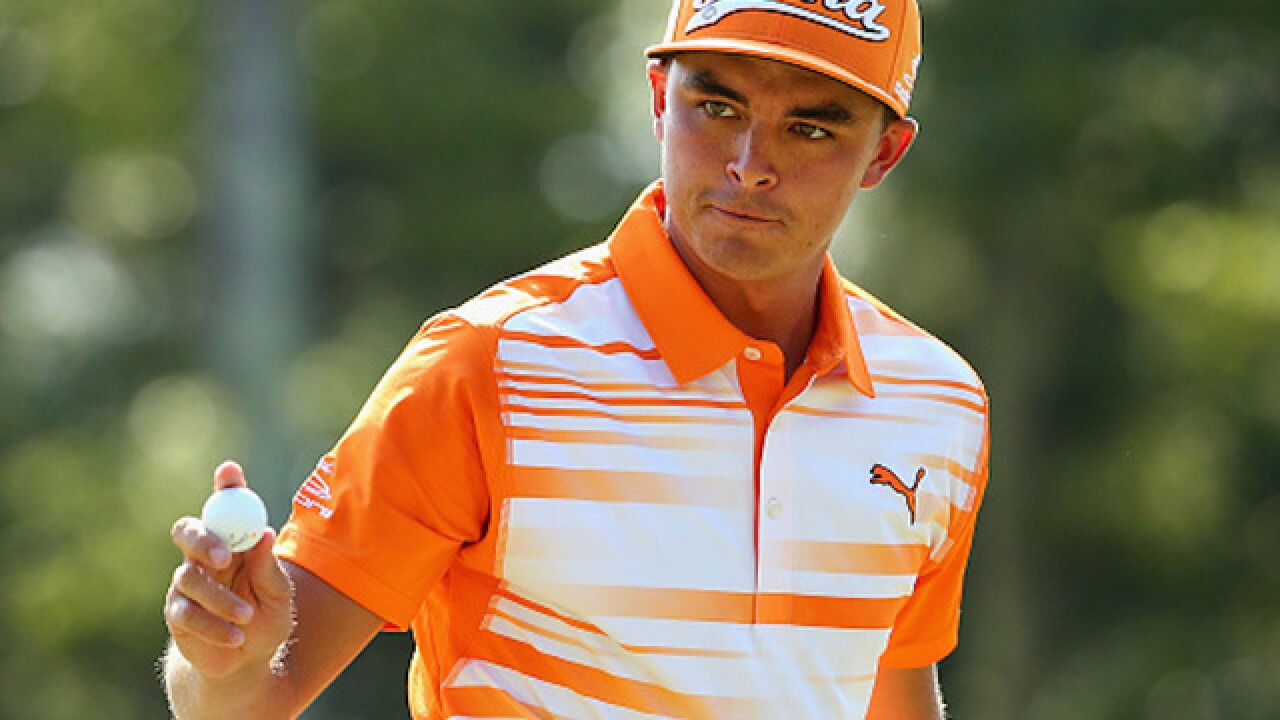 Maddie Meyer
<p>NORTON, MA - SEPTEMBER 07: Rickie Fowler acknowledges the crowd on the sixth green during the final round of the Deutsche Bank Championship at TPC Boston on September 7, 2015 in Norton, Massachusetts. (Photo by Maddie Meyer/Getty Images)</p>

TROON, Scotland (AP) — Rickie Fowler took to Twitter to say he's going to the Olympics. Patrick Reed confirmed at the Scottish Open that he will join him in Rio.

Now it's up to Jordan Spieth.

With one day before the deadline to submit the American team for Rio, Spieth still has not made up his mind whether the threat of Zika and other security concerns are enough to keep him out of the Olympics.

Ty Votaw, the vice president of the International Golf Federation, said the deadline to commit for the American team is 5 p.m. at USOC headquarters in Colorado Springs, Colorado. That would be midnight at Royal Troon, where Spieth is playing the British Open.

Fowler played at St. Andrews upon his arrival in Scotland before coming over to Troon. Golfweek magazine reported that Peter Dawson, the former R&A chief executive who is president of the IGF, walked a few holes with Fowler on Saturday at the Old Course.

Looking forward to wearing some red white and blue in Rio @olympics ?? pic.twitter.com/8bpr5d9iL4

Reed, No. 13 in the world, was first alternate for the Americans when Dustin Johnson withdrew on Friday because of the Zika virus. Reed had said earlier in the week he wanted to play, then said he would need to talk to his family after hearing that Johnson had pulled out.

"I got the email and phone call from Team USA last night and I went through a lot of things with them, and we're all in," he said after finishing his final round at Castle Stuart. "We can't wait to go and play for USA and have some fun."

He said the decision took a little more than an hour, mainly because of the time difference with his wife at home. He was not part of the USA Golf meeting two weeks ago in Ohio because he was not among the top four Americans qualified for the team at the time.

Reed said Zika and security were his only concerns.

"Yes, it's a risk, but I feel it's a risk that we are all willing to take," Reed said. "Just thinking about having a gold medal means a lot. I think the biggest thing is I get to represent my country again. Get to wear red, white and blue. Any time I get to wear those colors, it's a huge day."

If Spieth chooses not to play, the fourth American would be Matt Kuchar, who went up to No. 15 in the world by a narrow margin by making a 12-foot birdie putt on the final hole at the Bridgestone Invitational to tie for third.

Countries are allowed a maximum of four golfers provided they are in the top 15 in the world ranking; otherwise, countries are limited to no more than two players until the 60-man field is set.

Spieth had spoken highly of playing in the Olympics until recent months over concerns about security in Rio and uncertainty about the mosquito-borne Zika virus.

"And if I feel like there's any significant threat, then is it worth it? Probably not," Spieth said two weeks ago at the Bridgestone Invitational. "I don't train my whole life ... to play in the Olympics like some of those athletes, but now that it has presented itself, it is something very significant I'd love to be a part of. Do I think I'll be there in four years' time? I'm confident that 'yes.' But also, it would be cool to be part of the first one."

Golf has commitments from seven of the top 13 players in the world. But if Spieth were to withdraw, none of the top four would be in Rio. Jason Day, Johnson and Rory McIlroy already have withdrawn, citing the Zika virus.