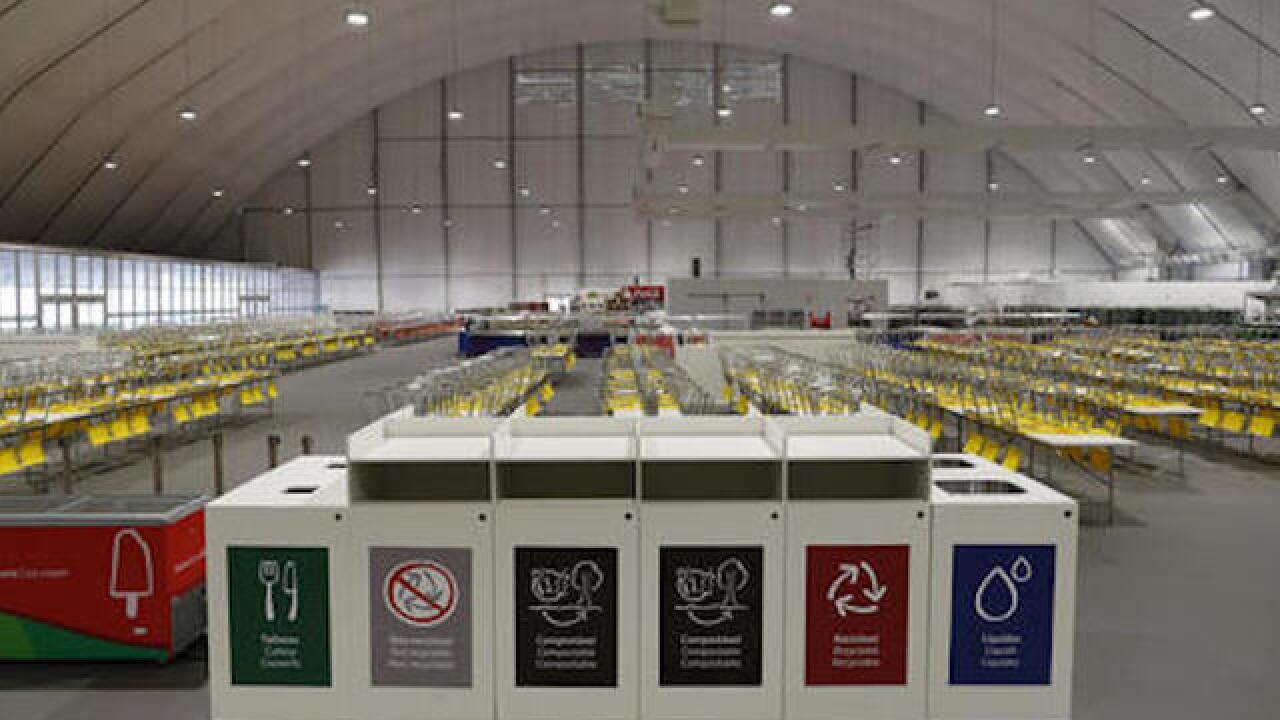 Leo Correa
<p>A general of the main dinning room at the Olympic Village in Rio de Janeiro, Brazil, Saturday, July 23, 2016. The brand new complex of residential towers are where nearly 11,000 athletes and some 6,000 coaches and other handlers will sleep, eat and train during the upcoming games, that will kickoff on Aug. 5(AP Photo/Leo Correa)</p>

RIO DE JANEIRO (AP) — Australian athletes will not move into their rooms at the Rio de Janeiro Olympics until serious plumbing, electrical and cleaning problems are fixed, with the troubled South American games opening in under two weeks.

Kitty Chiller, the head of the Australian delegation, said in a statement Sunday that team members "will not move into our allocated building" at the Athletes Village. She gave no hint of when they might. Teams from Britain and New Zealand were also reported to be having similar problems.

This comes as the sprawling 31-building village, which will house 18,000 athletes and officials at the height of the games, opened officially on Sunday with some athletes expected to arrive.

This is the latest problem for the troubled games, which have been hit by the Zika virus, security threats, water pollution, and severe budget cuts.

He said more than 20 staff members have been unable to stay in the building, and said the first Australian athletes were to arrive Monday.

"We did a stress test on Saturday, turned on the taps and flushed the toilets, and water came flooding down the walls," Tancred said.

"Water came down walls, there was a strong smell of gas in some apartments and there was 'shorting' in the electrical wiring," she said. "We have been living in nearby hotels because the village is simply not safe or ready."

She said teams from Britain and New Zealand had similar problems, which have been going on for at least a week.

The United States Olympic Committee acknowledged there were small problems.

"As is the case with every games, we're working with the local organizers to address minor issues and make sure the village is ready for Team USA athletes," spokesman Patrick Sandusky told AP.

Britain said in a statement that it had found "some maintenance difficulties." It said many team members would be preparing in a training camp in the city of Belo Horizonte and would not immediately need the village.

The International Olympic Committee and local organizers held emergency talks Sunday and met with the heads of several teams.

In a statement, the IOC said athletes with unfinished rooms would "be placed in the best available accommodation in other buildings." It said fixing the problem "will take another few days."

Rio organizers said despite the problems "a few hundred delegation members are moving in today as planned."

Local reports said about 5 percent of the 3,600 apartments had gas, water and electrical faults, and some were without toilet fixtures.

Chiller said the IOC will ask local organizers to do stress tests "throughout the Olympic Village," a process that could force major delays and require people living there now to relocate.

The compound contains tennis courts, soccer fields, seven swimming pools — with mountains and the sea as a backdrop — topped off by a massive dining-kitchen compound that's as large as three football fields.

The 3,600 apartments are to be sold after the Olympics with some prices reaching $700,000. The development costs about $1.5 billion, built by the Brazilian billionaire Carlos Carvalho.

"From the exterior it looks like the Hilton Hotel," Tancred said. "But inside it's not finished."