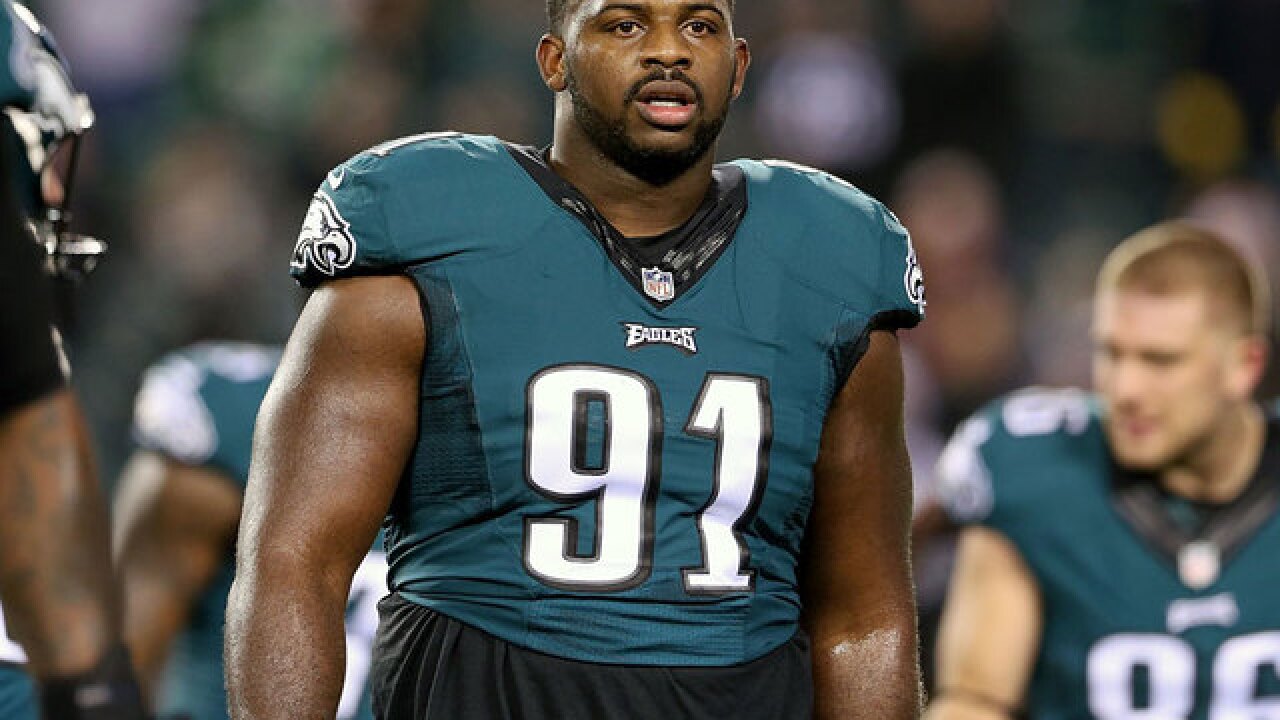 Copyright Getty Images
Mitchell Giff
Fletcher Cox #91 of the Philadelphia Eagles warms up prior to the game against the Dallas Cowboys at Lincoln Financial Field on December 14, 2014 in Philadelphia, Pennsylvania.

(KGTV) - Philadelphia Eagles player Fletcher Cox is facing a lawsuit from a man who claims the Pro Bowl defensive tackle seduced his wife and ruined their marriage.

According to PhillyMag.com, Joshua Jeffords said his wife, Catherine Cuesta Jeffords, met Cox during a work trip to Pennsylvania in April. He did not know of their relationship until September when he discovered a series of explicit text messages, photos and social media conversations.

One text message between Cuesta Jeffords and Cox included a discussion about having a baby together, PhillyMag.com reported.

PhillyMag.com reported Jeffords confronted his wife about the relationship with Cox and asked "her to stop following Cox on Instagram. Instead, claims the suit, she blocked her husband on Instagram and continued following and carrying on the affair with Cox. Then in October, Jeffords claims, his wife packed her bags and moved to the Philadelphia area. Cox lives in Mullica Hill, New Jersey."

Jeffords claims he has suffered emotional distress over the situation. He is seeking at least $50,000 in damages, according to the lawsuit.

Neither Cox nor Cuesta Jeffords have publicly commented on the lawsuit.