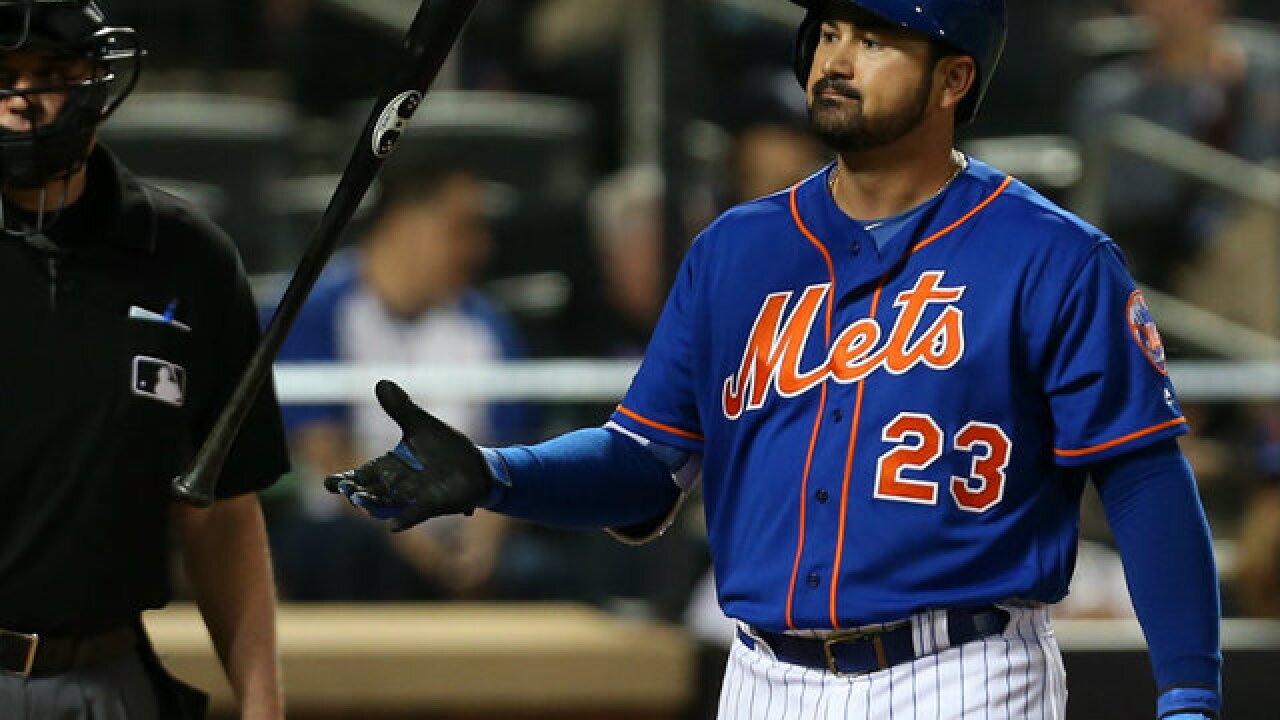 Copyright Getty Images
Rich Schultz
Adrian Gonzalez #23 of the New York Mets flips his bat after striking out against the New York Yankees during the fourth inning of a game at Citi Field on June 10, 2018 in the Flushing neighborhood of the Queens borough of New York City.

The Mets cut ties with the 36-year-old first baseman following their Sunday win over the New York Yankees. Gonzalez struck out three times in the game.

Gonzalez hit .237 with six home runs and 26 RBI during his time with the Mets. He was signed by the team during the offseason after playing the past six seasons for the Los Angeles Dodgers.

Gonzalez is a five-time All-Star and four-time Gold Glove winner. Thus far in his 15-year career, he has 317 career home runs and a career batting average of .287.