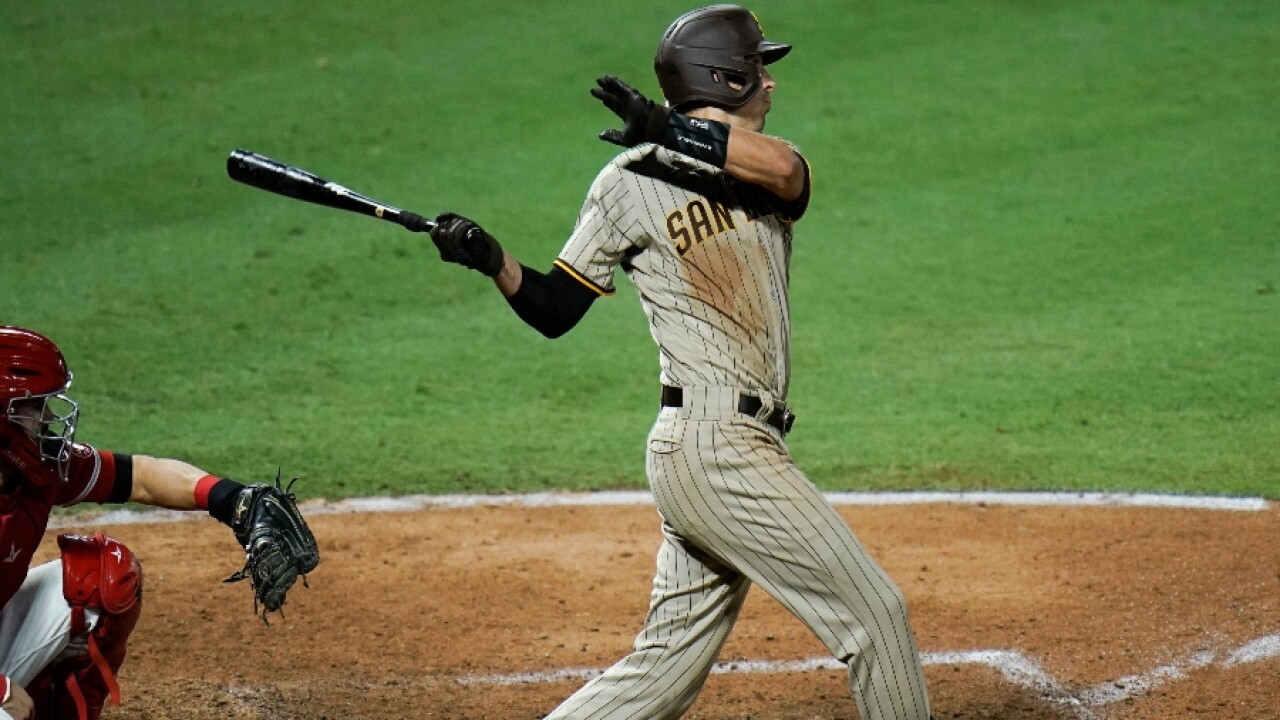 ANAHEIM, Calif. (AP) -- The San Diego Padres rallied for eight runs in the eighth inning of an 11-4 victory over the Los Angeles Angels.

Jason Castro got the two-out rally started with a tiebreaking two-run double against the team that traded him three days ago.

Eric Hosmer hit a 443-foot, three-run homer as the Padres piled on against the Angels' hapless bullpen to open this interleague series up the I-5 freeway.

Jurickson Profar hit a two-run homer and drove in three early runs for San Diego, which has won three straight by a combined score of 30-6.