NBA offseason might start earlier than usual this year 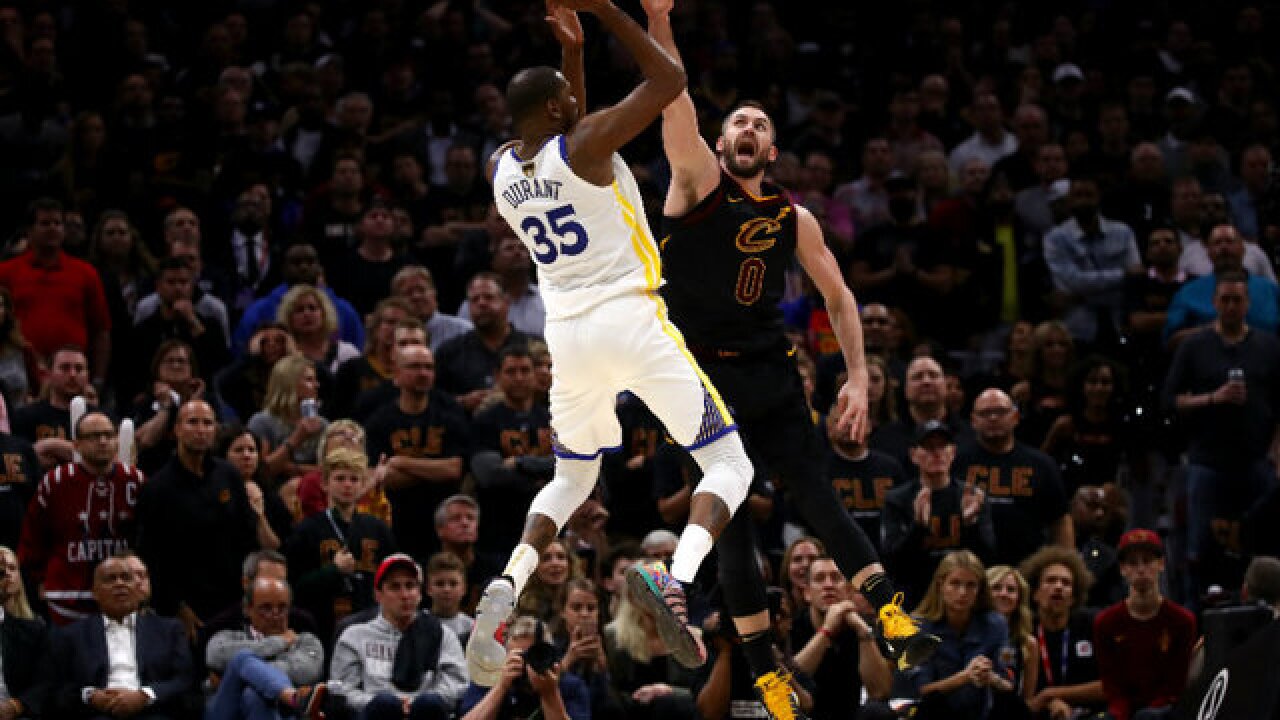 Copyright Getty Images
Gregory Shamus
Kevin Durant #35 of the Golden State Warriors attempts a jumper over Kevin Love #0 of the Cleveland Cavaliers in the second half during Game Three of the 2018 NBA Finals at Quicken Loans Arena on June 6, 2018 in Cleveland, Ohio.

CLEVELAND (AP) - If the Golden State Warriors win the NBA championship on Friday night, it'll mark the earliest start to the offseason in more than three decades.

The last time the NBA Finals ended on or before June 8 was back in 1986, when the Boston Celtics defeated the Houston Rockets in six games. Since then, the earliest any title series has ended was June 12.

That means the Warriors get two chances to bring on an early summer: If they lose Game 4, they'll play host to Game 5 on June 11.

ABC10 is your home for the NBA Finals. Live coverage of Game 4 begins at 5:30 p.m., with a special edition of 10News immediately after the game.

The NBA season started earlier than the previous norms this year, part of the league's initiative to add days to the schedule in order to limit back-to-backs and help get players more rest during the 82-game regular season grind. These finals started May 31, just the second time since 1986 that Game 1 wasn't played in June.