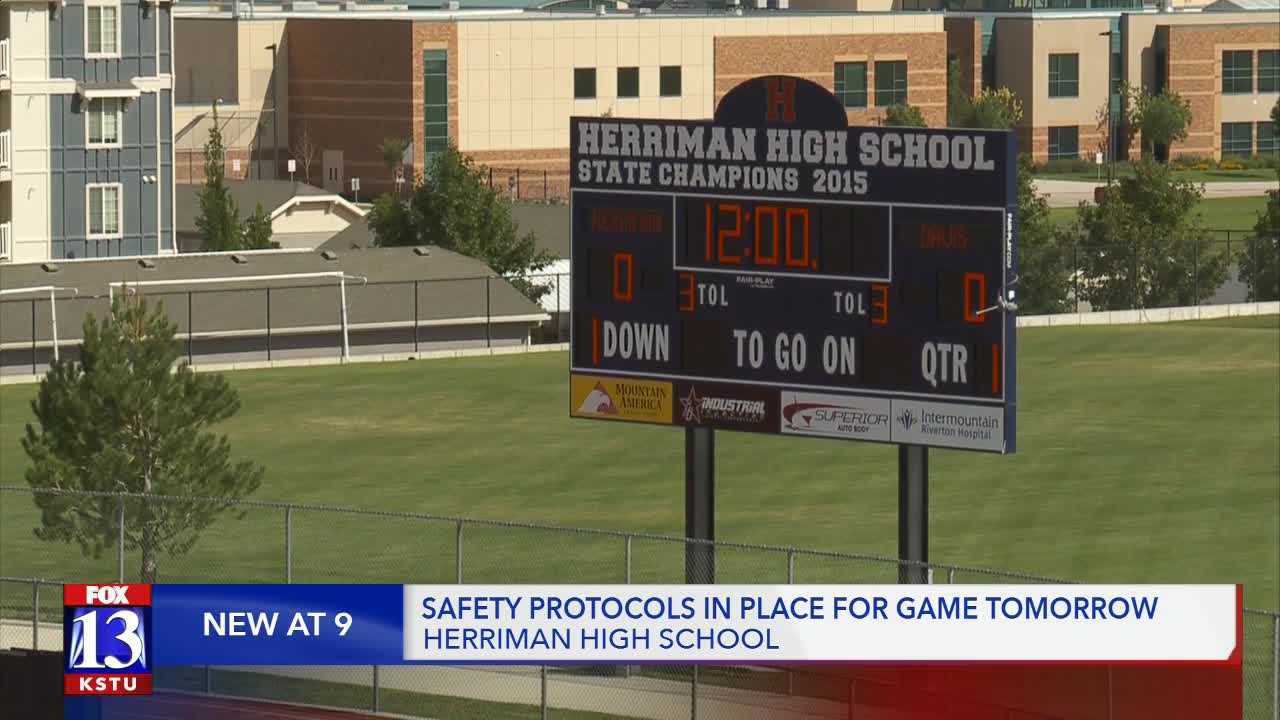 HERRIMAN, Utah - All eyes will be on Herriman High School Thursday night as the Jordan School District prepares to host the first high school football game in Utah.

The game featuring the Herriman Mustangs and the Davis High School Darts is also gaining national attention as its the first football game to be played in the country since the pandemic began.

“Do I feel like we’ve prepared and planned, yes, but the variables out there and not knowing what to expect are terrifying,” said Todd Quarenberg, Principal at Herriman High School. Quarenberg says he has hired additional staff and security as well as implemented new policies and safety guidelines for those attending the game. “The eyes of the nation are going to be here watching us.”

Jordan School District has limited stadium capacity to 25%. That percentage factors out to less than 1,000 attendees at Thursday's game.

“We fill our stands here, to capacity, so to be down to, we’re going to be at 700 on this side,” said Quarenberg about the Herriman ‘home’ stands. “Sadly for Davis, there’s only just over 200 tickets for their patrons and of course they want to get their parents in so it really limits the number of students they can bring down.”

Sections in the bleachers have been identified by a letter. Only a certain number of tickets were purchased for each section, which the school says can help with contact tracing. Tickets had to be purchased in advance online.

“The game’s definitely going to be a lot different with people and everything, but I think once that first play starts and we get our energy going we’ll be good,” said Dominic Martucci, a junior defensive back for the Mustangs. Team boxes have been extended to the 10-yard-line. Some changes also include the length of timeouts from one minute to two minutes. Officials will be required to wear masks before and after the game, but during, masks are optional.

Those who purchased tickets online must also wear masks. They signed a form pledging to wear a mask and social distance during the game. “I am going to have a no tolerance for not wearing masks, and that’s a change for people,” said Quarenberg. “I want to create that environment for the kids because I love them, I want those boys on the field because I love them, and it scares the hell out of me that something might happen.”

While each district has a different ‘stadium capacity’ based on recommendations from local health departments, the Utah High School Activities Association put out a ‘Return-to-Play’ protocol for each fall sport.

This story was first reported by Brian Schnee at KSTU.