Mitchell busts out in Aztecs 94-63 victory over Eastern Illinois 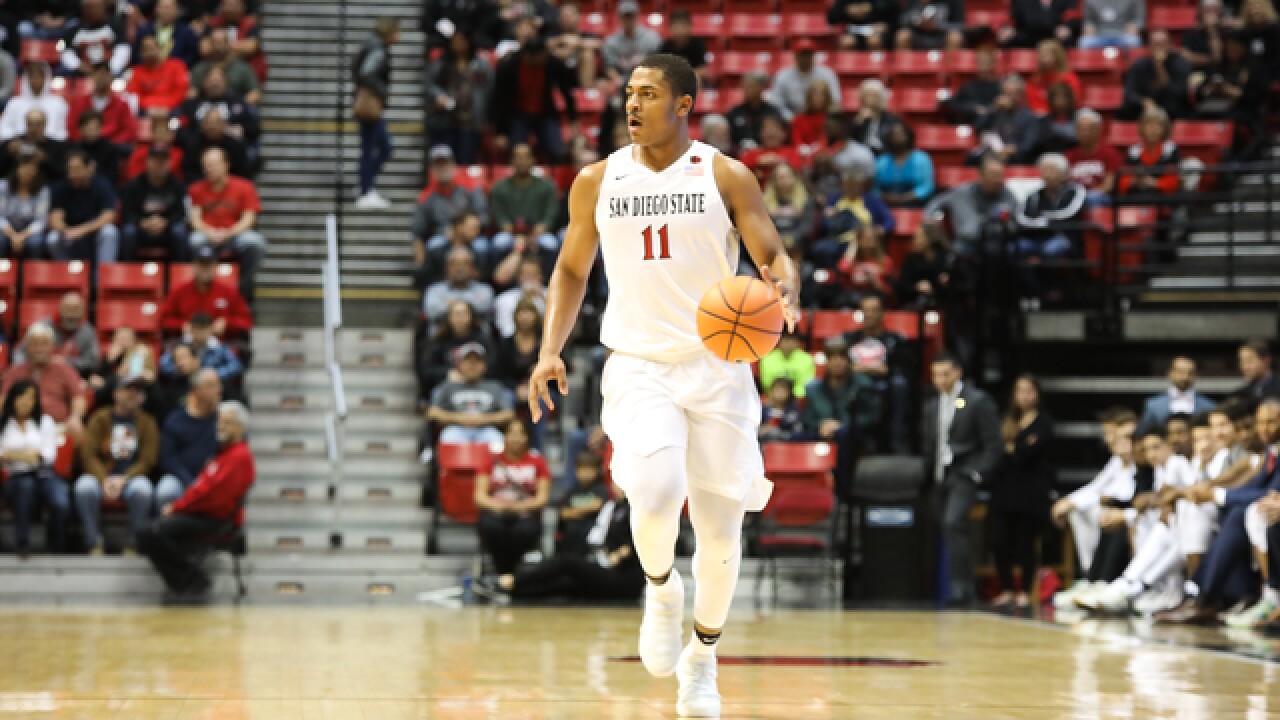 SAN DIEGO (The Daily Aztec) - San Diego State men’s basketball freshman forward Matt Mitchell exited the court with 4:04 left in the game to a standing ovation at Viejas Arena, after his barrage of three-pointers helped the Aztecs to a 94-63 victory over Eastern Illinois University.

Mitchell had been in a shooting slump coming into the game, having shot just 2-for-18 through three games to start his Aztecs career.

Mitchell scored 26 of a game-high 31 points in the second half, electrifying the crowd whenever he touched the ball while draining seven three pointers and shooting a blistering 10-for-14 from the field.

“All I needed was to see one go in,” Mitchell said. “Once I saw one go in I knew I had my groove back.”

His 31 points were the fourth most ever by an Aztecs freshman, and the most since Evan Burns scored 31 points as a freshman in 2003.