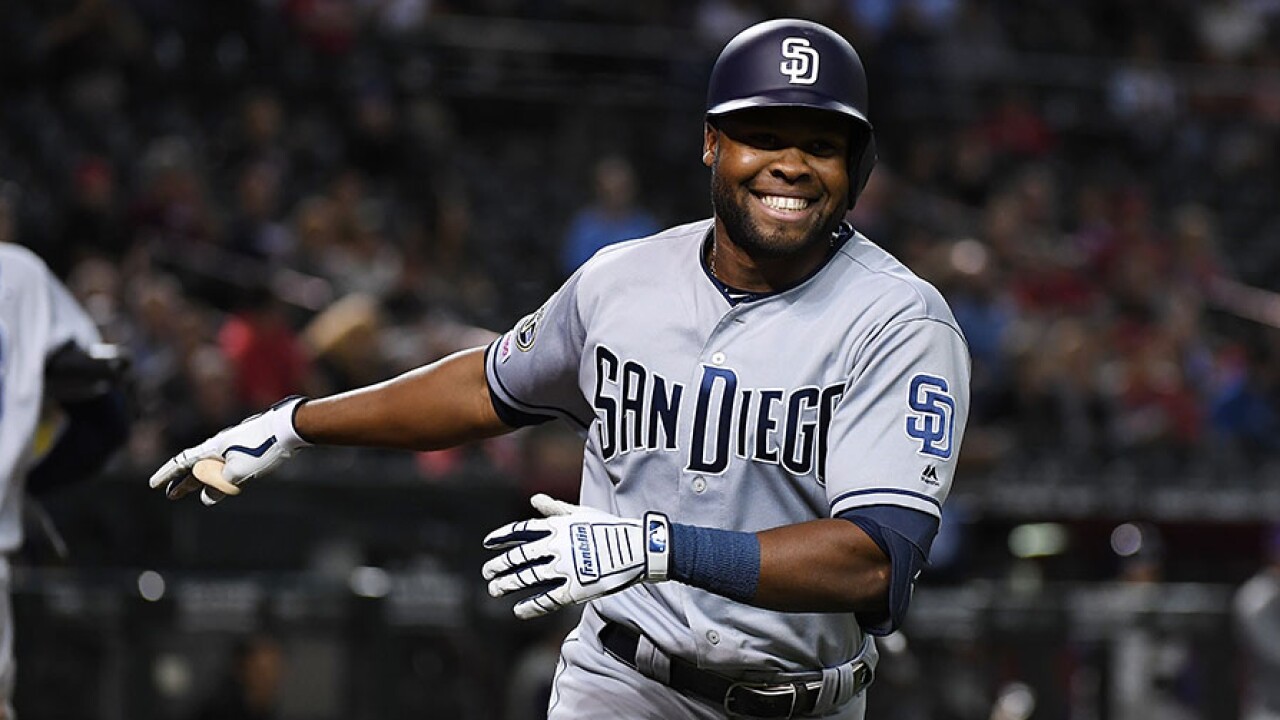 PHOENIX (AP) - Manuel Margot hit a tiebreaking homer in the eighth inning and the San Diego Padres bounced back after blowing a late five-run lead to beat the Arizona Diamondbacks 7-6 on Thursday night.

Padres right-hander Pedro Avila was sharp in his major league debut, allowing a run and four hits while striking out five in 5 1/3 innings.

Franmil Reyes hit a solo homer off Zack Godley in the fourth and Austin Hedges capped a five-run sixth with a three-run shot to put San Diego up 6-1.

But the bullpen couldn't hold the lead.

Arizona loaded the bases against Robert Stock in the seventh, scoring two runs on David Peralta's single. Brad Wieck entered and Eduardo Escobar hit a three-run homer off the top of the left field wall to tie it 6-all.

Archie Bradley (0-1) struck out the first two batters in the eighth before Margot hit his first homer of the season out to left.

Craig Stammen (1-0) allowed a hit before closing out the seventh inning and Trey Wingenter walked two in the ninth before striking out Nick Ahmed for his first career save.

The Padres have won six of eight to move into first place in the NL West.

The Padres optioned left-hander Robbie Erlin to Class A Lake Elsinore to clear room for Avila to become the third San Diego pitcher to make his big league debut in the season's first 14 games. Nick Margevicius and Chris Paddack each debuted against San Francisco.

Avila had never made an appearance above Class A before this season and made one start at Double-A Amarillo before being called up. The 22-year-old right-hander got his big league debut off to a rocky start, giving up three hits and a walk in the opening inning. He escaped by allowing just one run, on Adam Jones' single, and retired the next 12 batters he faced.

Avila was lifted after hitting a batter with a pitch and walking another in the sixth.

Godley gave up six runs on six hits and struck out eight in six innings.