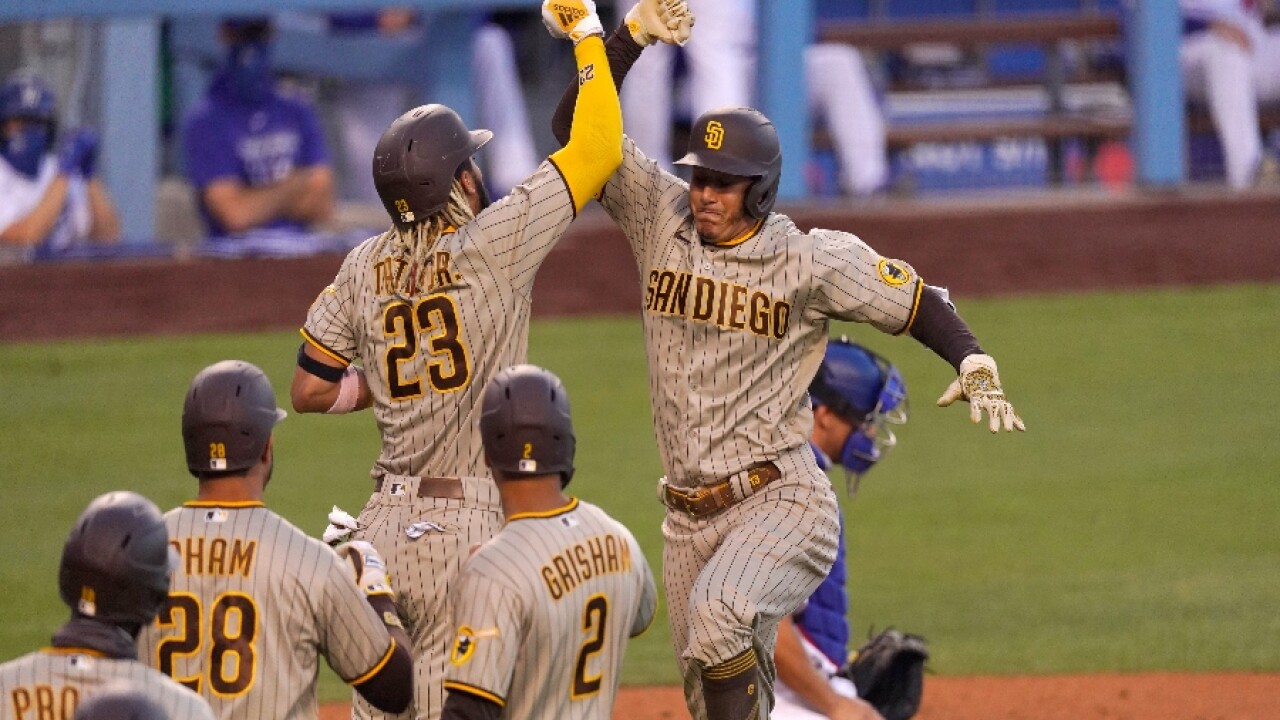 The Padres have taken the first two games of the four-game series after dropping two of three to the Dodgers last week in San Diego, and have won a season-best three in a row overall.

The Padres added a solo shot by Jurickson Profar in the fifth.

Stripling lost for the first time in four starts for the Dodgers.