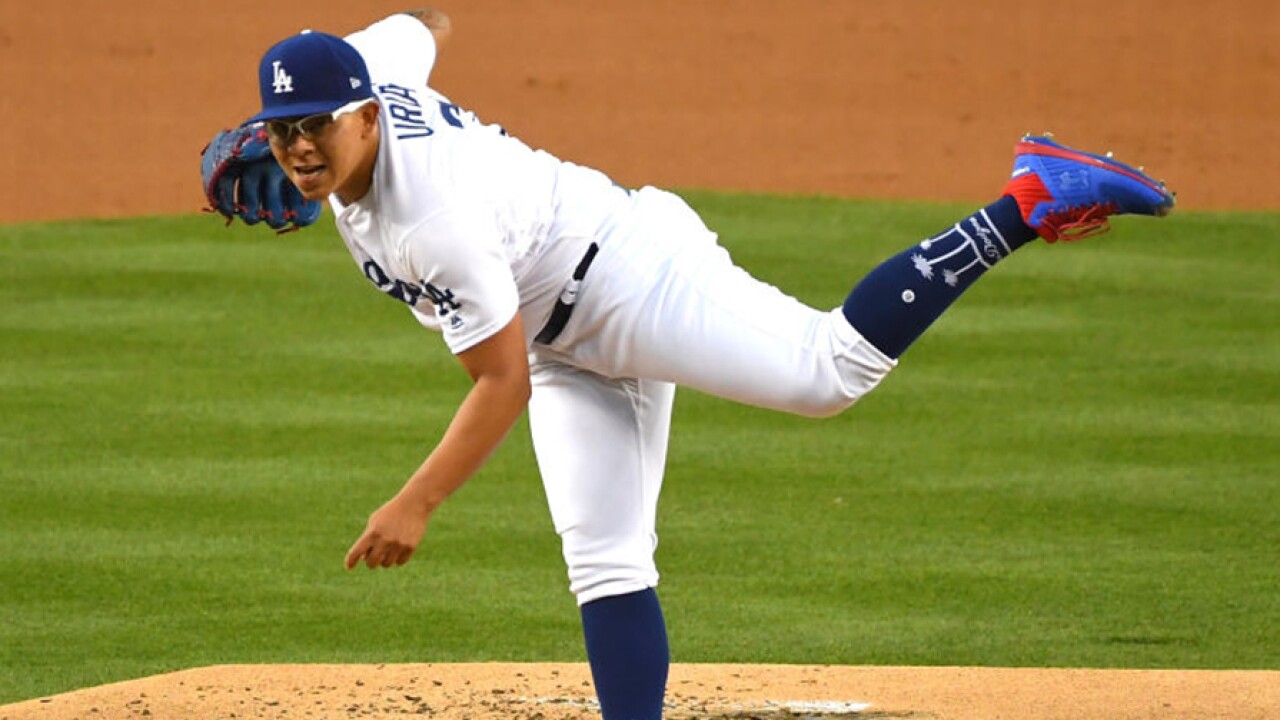 LOS ANGELES (CNS) - Los Angeles Dodgers pitcher Julio Urias was arrested on suspicion of domestic battery for allegedly shoving a woman to the ground in the parking lot of the Beverly Center, police said Tuesday.

Urias, 22, was booked and released from jail after posting $20,000 bail for the misdemeanor offense, said Officer Norma Eisenman of the LAPD's Media Relations Section. The alleged attack took place about 7:30 p.m. Monday in the parking lot of the Beverly Center at 8500 Beverly Blvd., she said.

"We learned about the alleged incident this morning and are in the process of gathering information. As a result, we have no comment at this time regarding the incident," said Dodger spokesman Joe Jareck. "However, every allegation of domestic violence must be taken seriously and addressed promptly, and we will cooperate fully with the authorities and Major League Baseball to ensure that that happens in this case."

TMZ reported that a witness called police saying that the Dodger left-hander was in the parking lot arguing with a woman and shoved her to the ground.

Officers responded to the scene and spoke with the woman, who denied anything physical took place, insisting it was nothing more than a heated verbal argument, according to TMZ.

Urias, born in Sinaloa Mexico, made his Dodger debut in May 2016, posting an overall record of 7-6 with 133 strikeouts.

Urias was moved out of the starting rotation and into the bullpen in mid-April and registered his second save in five days on Friday.