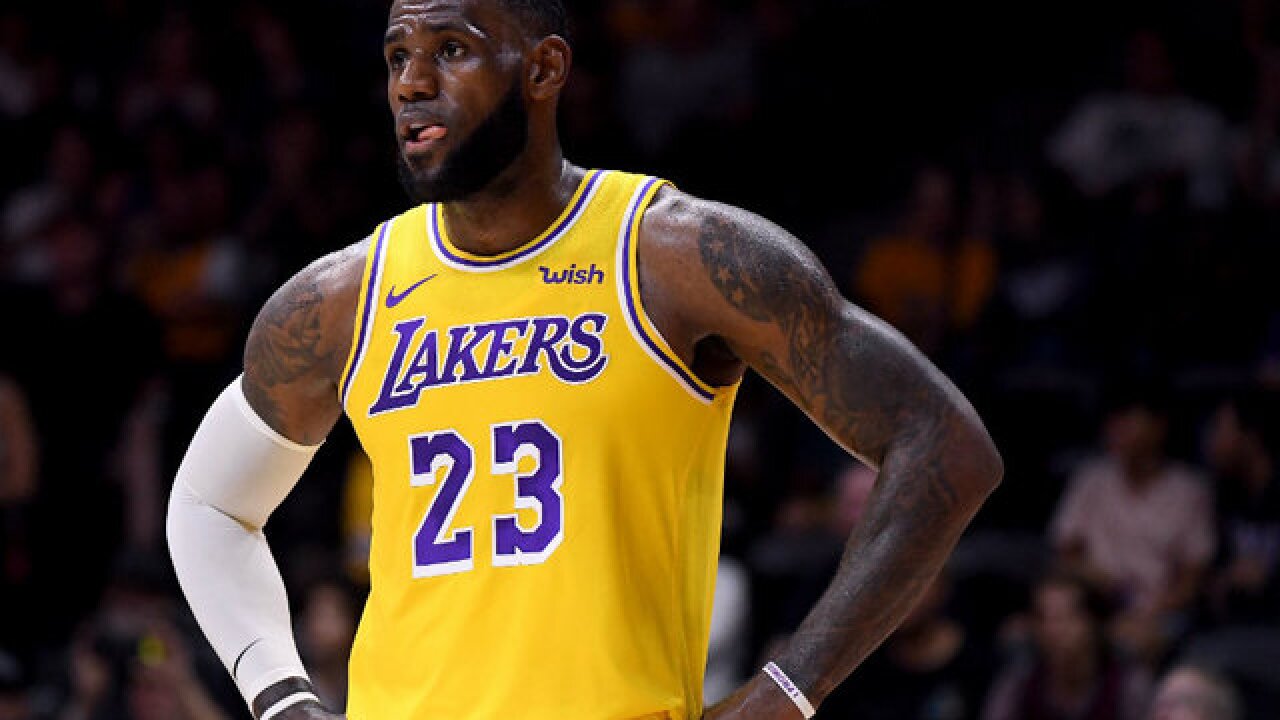 Copyright Getty Images
Harry How
LeBron James #23 of the Los Angeles waits during a preseason game against the Denver Nuggets at Valley View Casino Center on September 30, 2018 in San Diego, California.

SAN DIEGO (CNS) - LeBron James scored nine points in 15 minutes, 20 seconds, all in the first half, in his debut with the Los Angeles Lakers, a 124-107 loss to the Denver Nuggets Sunday night at Valley View Casino Center.

James made two of six shots, both 3-point baskets, and three of four free throws in the preseason opener for both teams. He pulled down three rebounds and had three assists and one turnover.

The Lakers outscored Denver by one point while James was on the court.

"It was great to get back on the floor, just start a new journey for myself," James said. "It was a great feeling to go out there and here the roar from the fans here."

James said he "played a little bit more than expected and I felt pretty good."

The teams will meet again Tuesday at Staples Center.

Center JaVale McGee, who like James joined the Lakers in the offseason as a free agent, led the team with 17 points in 19:54.

A Stephenson 3-point basket gave the Lakers their only second half lead, a 75-73 advantage with 5:20 left in the third quarter.