Lamet flirts with no-hitter in Padres’ 9-4 over Mariners 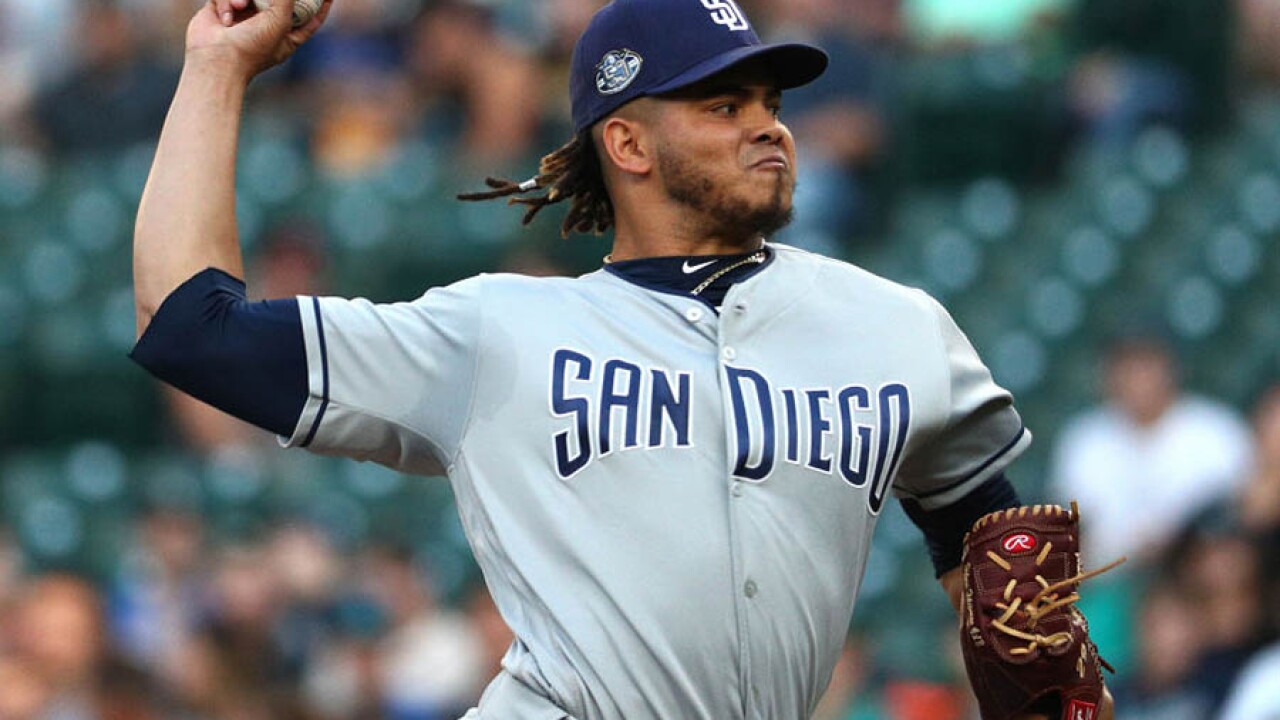 SEATTLE (AP) - Dinelson Lamet took a no-hit bid into the seventh inning for the only major league team that's never pitched one, leading the San Diego Padres over the Seattle Mariners 9-4 Tuesday night.

Omar Narvaez lined a single with one out in the seventh to break up Lamet's try. The Padres, who began play in 1969, are still looking for that elusive first no-hitter.

The Mariners, meanwhile, avoided becoming the first club in the majors to be held hitless three times in a season. A pair of Los Angeles Angels pitchers teamed on a no-hitter against Seattle on July 12 and the Houston Astros combined to no-hit the Mariners last Saturday.

Lamet (1-2) struck out 12 and gave up two hits in seven shutout innings for his first win since 2017. Slated to be San Diego's No. 2 starter last year after a promising rookie season, Lamet hurt his elbow in his final spring training start and then had Tommy John surgery.

The 27-year-old righty came off the injured list and rejoined the Padres last month.

With a mounting pitch count, Lamet took a 5-0 lead into the seventh and struck out Daniel Vogelbach to begin the inning. After Vogelbach was ejected for arguing, Narvaez lined the first pitch into right field. Kyle Seager followed with a double to the left corner.

Lamet escaped by getting Austin Nola on a popup and fanning Dylan Moore to tie his career strikeout high.

The Mariners rallied for four runs off the bullpen in the eighth inning, spurred by Tim Lopes' two-run homer, his first major league hit. Lopes entered the lineup for Vogelbach after being recalled from the seven-day concussion list.