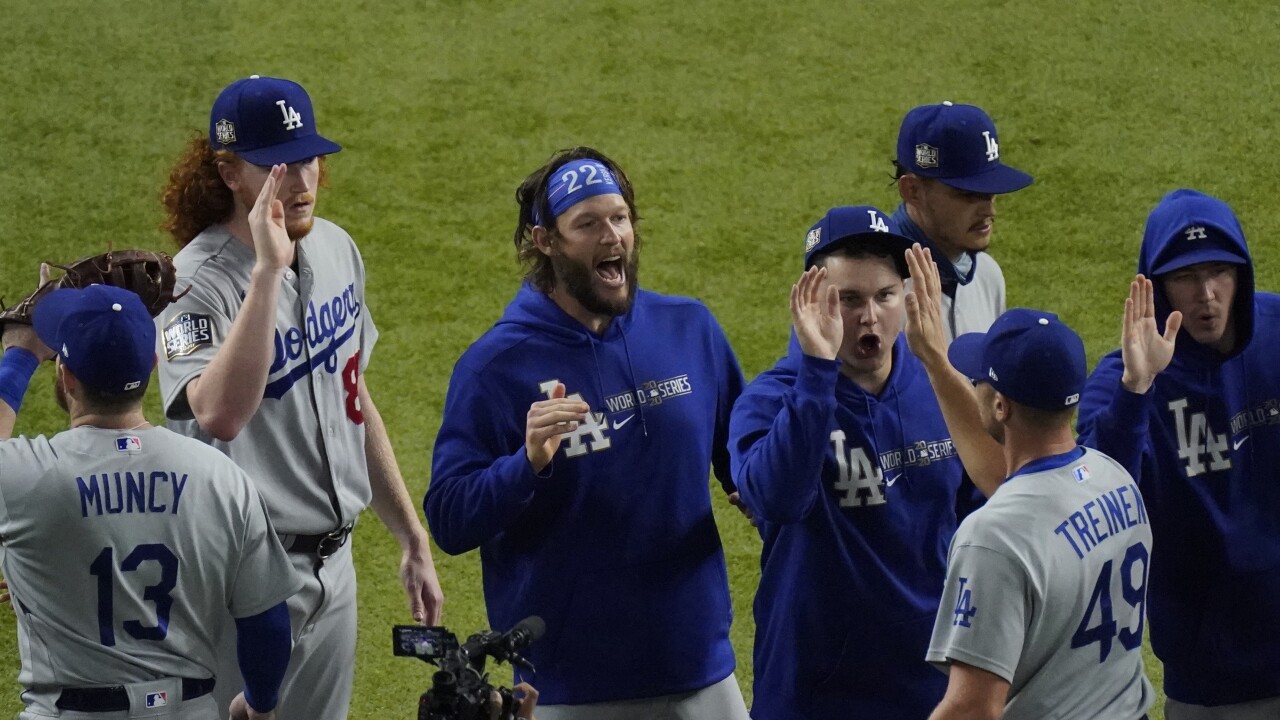 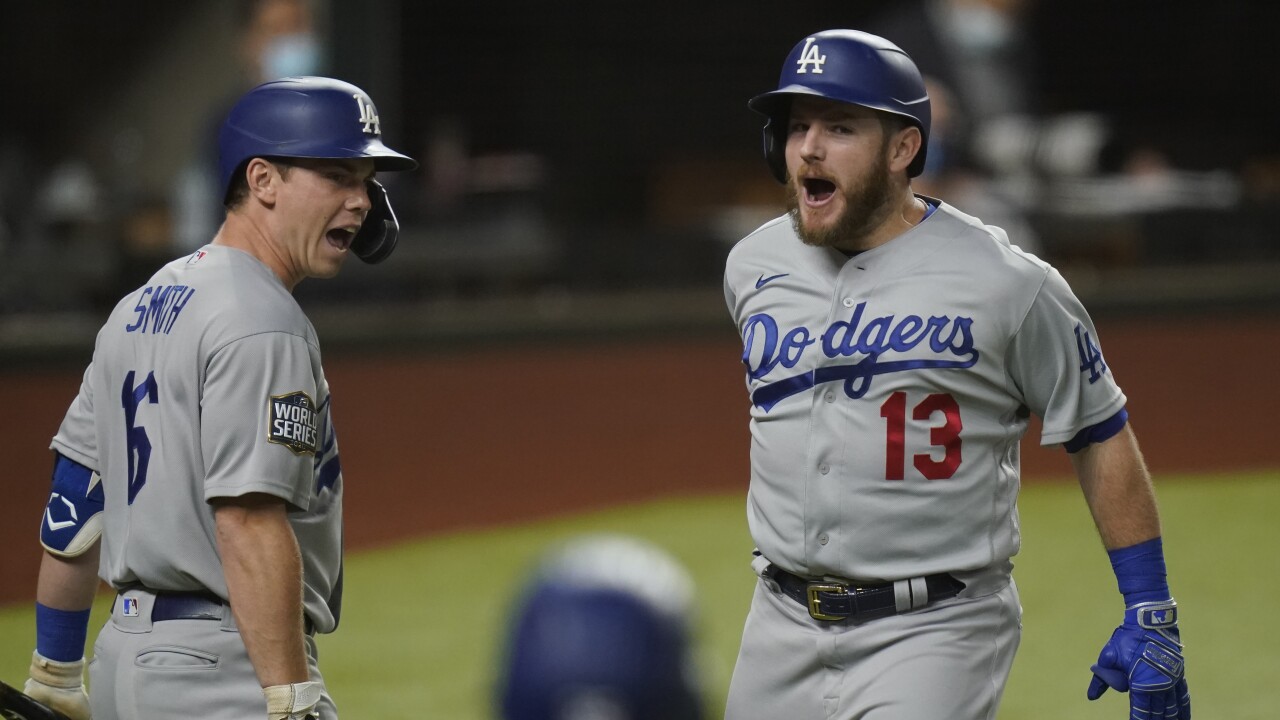 (AP) – Clayton Kershaw beat the Tampa Bay Rays for the second time in six days, escaping a fourth-inning jam with a quick reaction throw to cut down a runner trying for a rare steal of home plate, and the Los Angeles Dodgers held on for a 4-2 win Sunday night and a 3-2 World Series lead.

With one more victory, the Dodgers would claim their first title since 1988.

Kershaw was cruising when Dodgers manager Dave Roberts removed the 32-year-old left-hander in favor of Dustin May with two outs in the sixth inning. May got five outs and Victor Gonzalez stranded a pair of runners in the eighth by retiring Randy Arozarena and Brandon Lowe on flyouts.

Blake Treinen pitched the ninth for his first ever postseason save.

The Rays will give the ball to left-hander Blake Snell in Game 6 on Tuesday night. Los Angeles hasn’t announced a starter and may empty the bullpen, with ace Walker Buehler in play on regular rest for Game 7 if necessary.