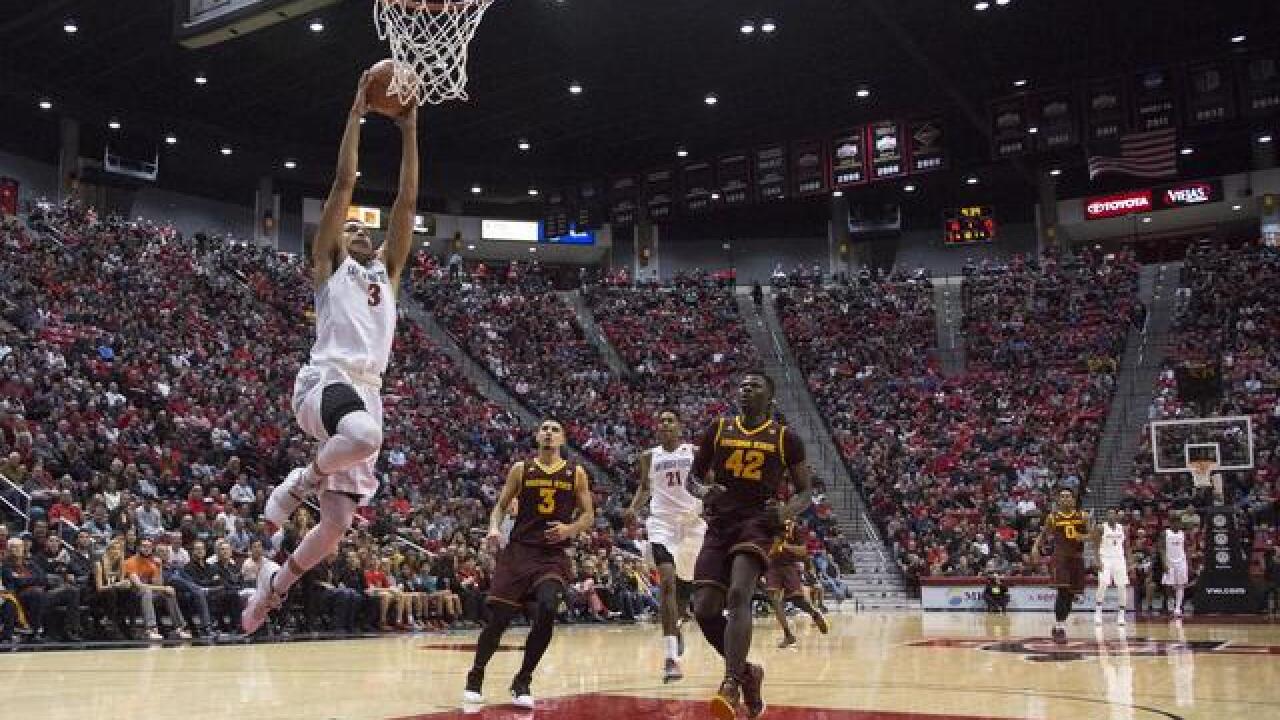 The Daily Aztec File Photo
<p>Senior guard Trey Kell breaks away for a dunk during SDSU's loss to Arizona State in Dec. 16.</p>

Kell and Pope are the only two returning seniors from last years team, which finished with a record of 19-14 and failed to reach postseason play for the first time since 2004-05.

Dutcher, who has been apart of the coaching staff since 1999 as an assistant to outgoing head coach Steve Fisher, said that his two seniors have all the intangibles needed in order to lead the Aztecs in his inaugural head coaching season.

“There’s a lot of things that go into success,” Dutcher said. “It’s attitude, effort, and good health, and that’s what both these seniors seem to be enjoying right now.”