Juwan Washington given the keys to the Aztecs offense 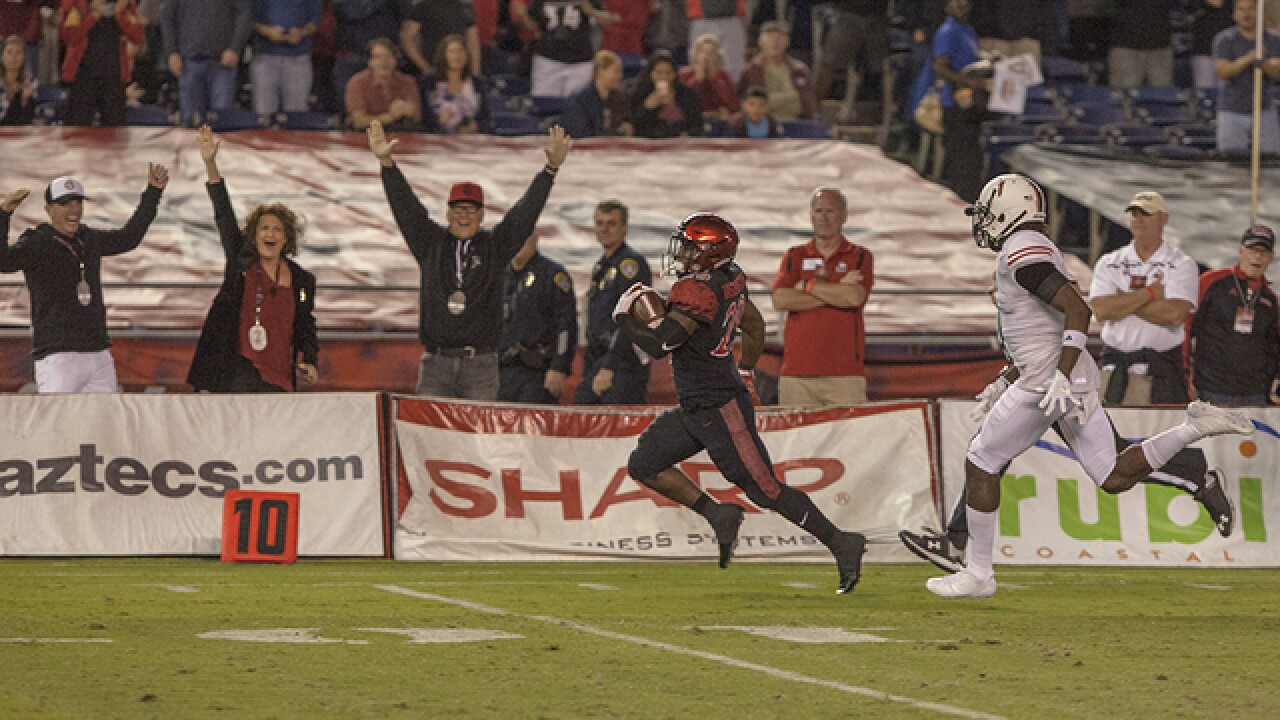 That is not to say that the 5-foot-7-inch rusher from Kennedale, Texas, has spent years riding the bench. Far from it.

Washington has never missed a game in his collegiate career since redshirting in 2015, and through his last 20 games has a total of 17 touchdowns through both air, ground and special teams.

What he has never had a chance to do, however, is play feature back for a football program which has taken the position to historic heights.

Pumphrey rushed for 2,133 yards that season, a number which Penny would eclipse during his senior year when he led the FBS in rushing yards with 2,248.

It was the first time in NCAA history that a school has had running backs rush for over 2,000 yards in back-to-back seasons.

Washington said he knows that he will have big shoes to fill, but believes he has been put in the best position to succeed.

“The bar has been set,” he said. “I don’t really like it as pressure, or more motivation to do the same thing those guys have done in the past. I know with everything that happened around me I’m in the best position that there is to be successful.”

Washington backed up Penny last season, but still managed to finish with 759 yards and seven touchdowns on the ground, in addition to two kickoff return touchdowns, one of which came in the Aztecs loss in the Armed Forces Bowl to Army West Point.

This year, it is Washington’s turn to lead the charge out of the backfield, and he said that he will relish the role of being this year’s primary playmaker.

“It’s really exciting just to know that, a lot of times there’s things going on a lot of people are going to look to you to help the team out in different ways,” Washington said. “Everybody would like to be in that position, and I think that it’s something you have to realize that you have a lot going on and you have to make the best of it.”