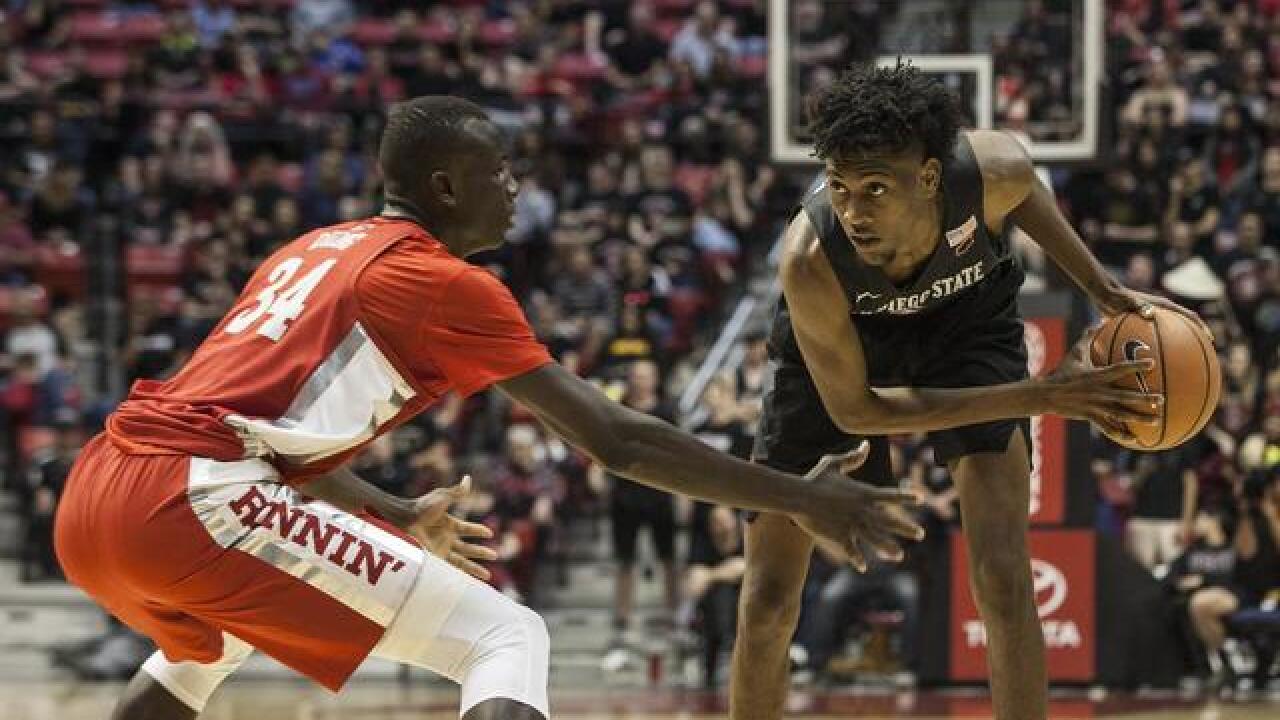 This is the first time in his young career that the 6-foot-10 redshirt freshman has received the accolade.

“(It) is a heck of an honor for not only any Aztec, but a freshman,” head coach Brian Dutcher said. “(McDaniels) just plays with high energy high motor, so he fills the stat sheet up. Its points, its rebounds, its effort plays, and you like to see guys rewarded for hard work.”

McDaniels had 16 points and four rebounds during the Aztecs 87-77 victory over the University of Wyoming on Feb. 14, and followed up that performance with 18 points and 12 rebounds in the team’s 94-56 win over UNLV three days later.

“It feels pretty good,” McDaniels said. “I wouldn’t be here if it wasn’t for our team, they put me in the right position to score when I get the ball.”