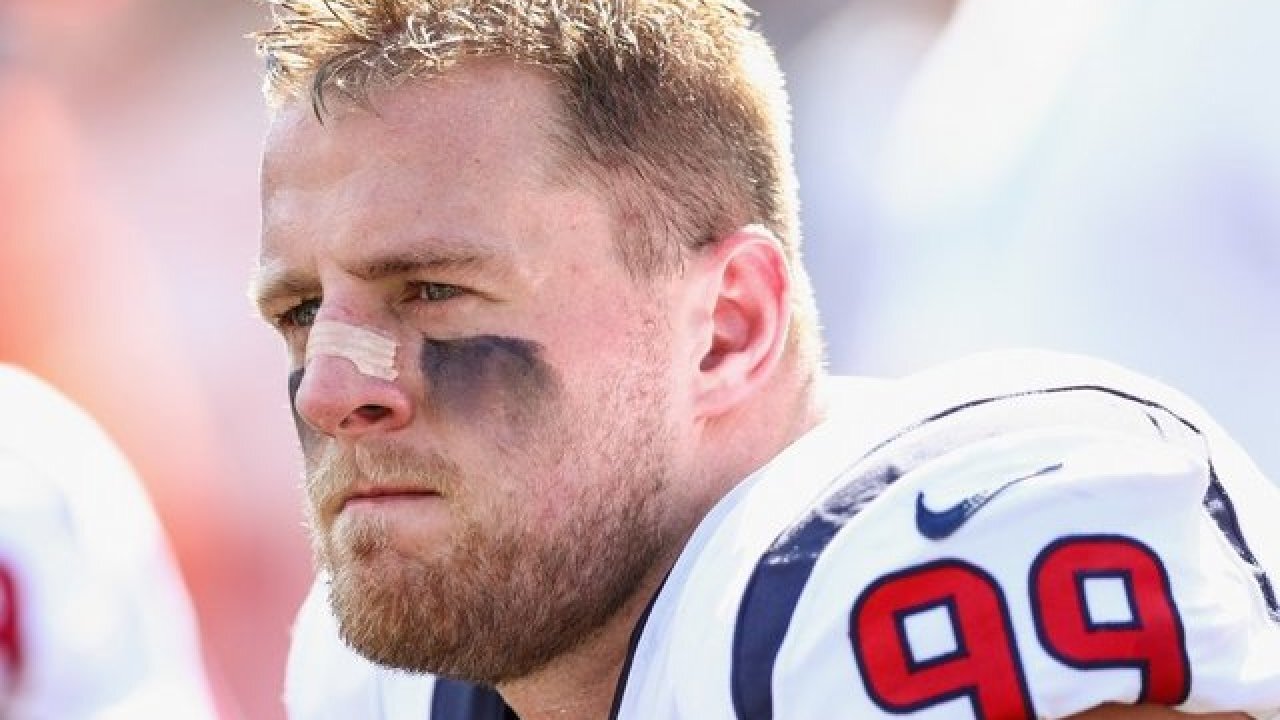 HOUSTON — Defensive end for the Houston Texans, J.J. Watt, said that the booing that erupted at the game against the Kansas City Chiefs on Thursday is "unfortunate."

The interruption came as members of both teams locked arms and held a moment of silence before kick off. Watt could be seen locking arms about half way in the line of players and coaches.

Watt told the NFL Network on Friday that "the moment of unity I personally thought was good."

"I mean the booing during that moment was unfortunate. I don't fully understand that. There was no flag involved. There was nothing involved other than two teams coming together to show unity," Watt said.

Both teams featured Black Lives Matter-inspired logos on the gear during the game.

This article was written by Jackson Danbeck for WTMJ.