Holiday Bowl fans to do 'Iowa Wave' for sick children 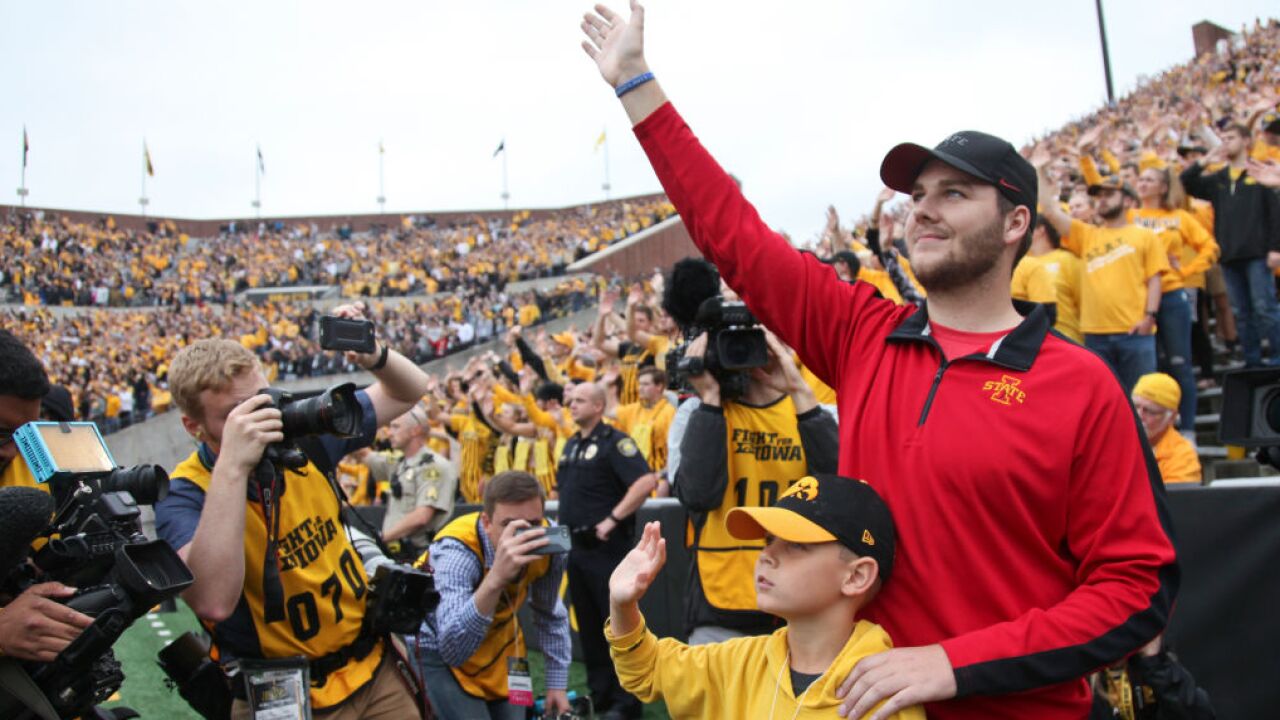 Matthew Holst/Getty Images
IOWA CITY, IOWA- SEPTEMBER 28: Carson King of Altoona, Iowa, waves to patients in the University of Iowa Stead Family Children's Hospital at the end of the first quarter of the match-up between the Iowa Hawkeyes and Middle Tennessee Blue Raiders September 28, 2019, in Iowa City, Iowa. King plans to donate more than $2 million to charity after his hand-written sign seeking money for beer at the Iowa State-Iowa football game prompted an overwhelming number of donations. (Photo by Matthew Holst/Getty Images)

The wave will replicate what has become a game-day salute at Hawkeyes home games to patients and family members at the University of Iowa Stead Family Children’s Hospital.

The salute started on Sept. 2, 2017, when more than 70,000 fans stood at the end of the first quarter and waved to patients and families in the children’s hospital, which rises above Kinnick Stadium. The patients and families waved back. Ever since, players and coaches from both teams, game officials, and others working the games also join in the wave.

At the end of the first quarter at the Holiday Bowl, everyone in the stadium will be encouraged to stand and wave toward the east end video board that will feature the children and families at the Iowa City hospital. Sitting below the video board will be representatives from Rady Children’s Hospital in San Diego and individuals from Children’s Hospital Los Angeles.

FS1 plans to cover the event during the game broadcast so the children in Iowa City will see it.

”I’ve been to a lot of college football games all around the country in my nearly 30 years with the bowl game,” bowl CEO Mark Neville said. “Without question, the Wave at Kinnick Stadium was the most incredible thing I’ve ever experienced at a game. I’m so grateful that our fans attending next week’s Holiday Bowl will get to participate in college football’s best and most moving tradition.

“This might very well end up being the coolest moment in our bowl game’s history,” Neville said.

Iowa is making its first trip to the Holiday bowl since 1991.