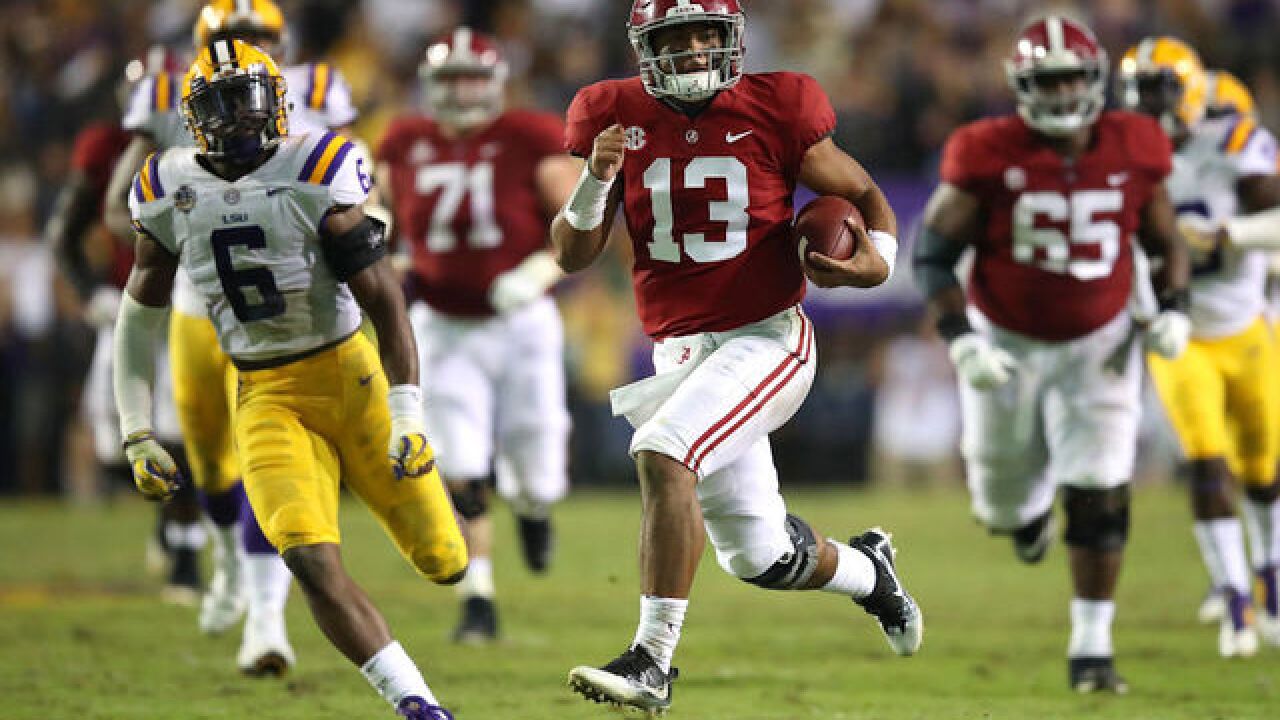 A trio of quarterbacks representing three of the top six teams in college football received invitations on Monday to New York City this Saturday as finalists for the Heisman Trophy as the nation's top college football player.

The invitations were given to Ohio State's Dwayne Haskins, Alabama's Tua Tagovailoa and Oklahoma's Kyler Murray. All three quarterbacks led their respective squads to conference titles last Saturday. Tagovailoa and Murray will face each other in the College Football Playoff on Dec. 29. Haskins' Ohio State Buckeyes were left out of the College Football Playoff despite winning the Big Ten for the second straight year.

While Tagovailoa seemed like the sure bet to win the Heisman Trophy several weeks ago, Murray and Haskins made a late charge, which will make Saturday's ceremony worth watching.

Tagovailoa struggled in Saturday's SEC Championship before getting replaced by backup Jalen Hurts. Tagovailoa completed just 10 of 25 passes attempted, and was intercepted twice before leaving with an ankle injury.

For the season, Tagovailoa threw for 3353 yards, and had 37 touchdowns to four interceptions.

Murray on Saturday completed 25 of 34 passes attempted, good for 379 yards and three touchdowns in the Big 12 title game against Texas.

But the player who made the biggest impression in the last two weeks was arguably Haskins, despite his team being left out of the playoff. Haskins threw for 499 yards and five touchdowns against Northwestern in the Big Ten Championship last Saturday.

The previous week, he had six touchdowns and 396 yards of passing against then No. 4-ranked Michigan.

The winner will be announced on Saturday at 8 p.m. on ESPN.