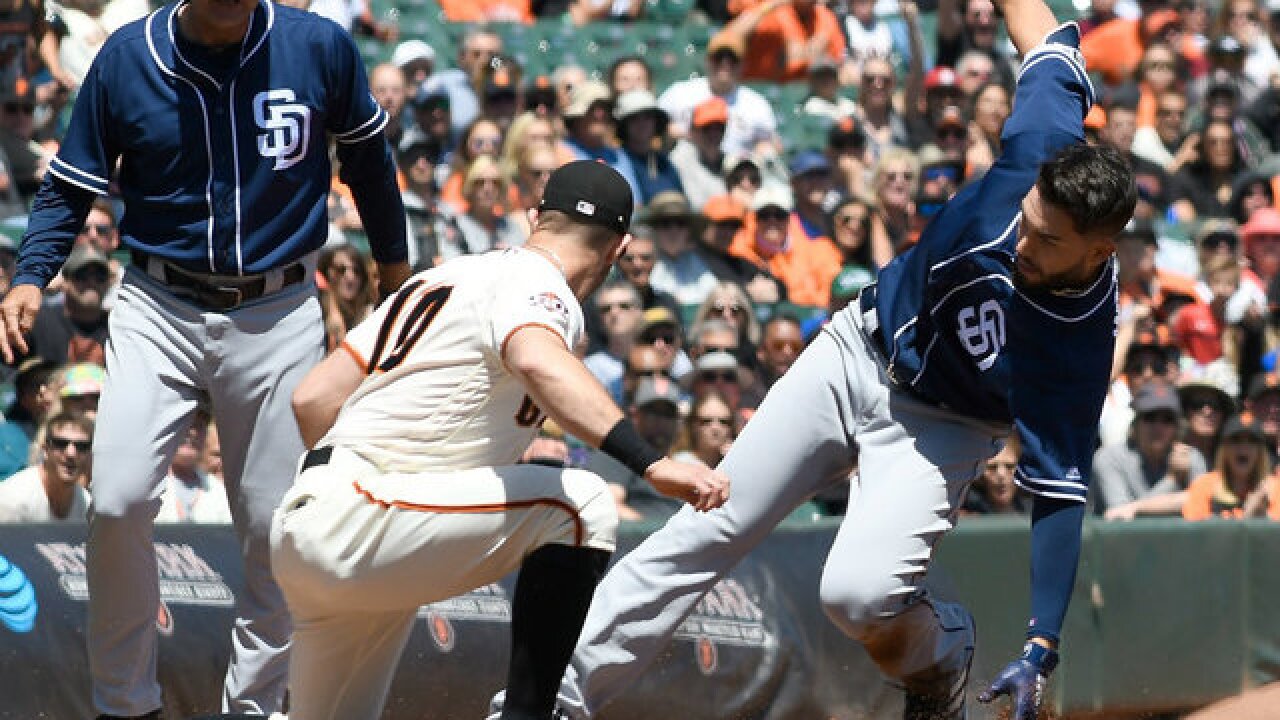 Copyright Getty Images
Thearon W. Henderson
Eric Hosmer #30 of the San Diego Padres gets tagged out at third base by Evan Longoria #10 of the San Francisco Giants in the top of the third inning at AT&T Park on May 2, 2018 in San Francisco, California.

The Giants finished 7-3 on their homestand and celebrated left-handed reliever Will Smith's first appearance in the big leagues in nearly 19 months after undergoing Tommy John surgery on March 30, 2017. Smith pitched one scoreless inning.

Giants right fielder Andrew McCutchen left the game in the third after getting hit in the back of his elbow by a pitch. X-rays taken were negative.

Hundley had a two-out, two-run singles in the ninth inning Monday night to beat the Padres. This time, the veteran backup catcher had an RBI single in the first, doubled and scored in the third, the hit a two-run homer off starter Clayton Richard (1-4) in the fourth.

Hundley also had a standup double in the sixth.