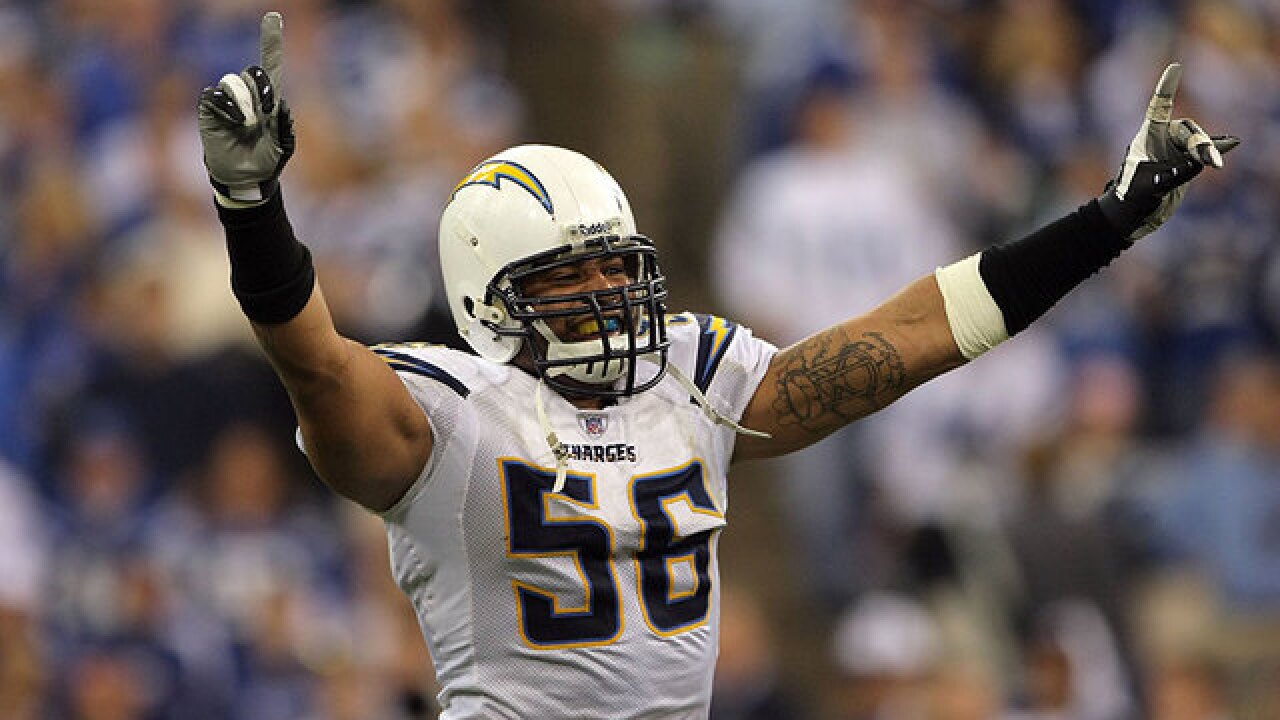 LOS ANGELES (AP) - The former NFL linebacker known as "Lights Out" will try to punch out an opponent's lights in a bare-knuckle boxing match.

Shawne Merriman has agreed to compete with the World Bare Knuckle Fighting Federation on a pay-per-view event in Casper, Wyoming, this fall, the promoters announced Wednesday.

The 34-year-old Merriman was a three-time Pro Bowl selection during his eight-year NFL career with the Chargers and the Bills.

I can’t wait. Big thanks to BKFF for stepping up and making it happen. https://t.co/k1rDKUeLNe

Merriman retired from the NFL in 2013, and he flirted with the idea of becoming a professional wrestler the next year. He has trained in mixed martial arts during his retirement, even considering a professional bout in Japan.

Several UFC veterans also have agreed to fight on the bare-knuckle show in Wyoming.