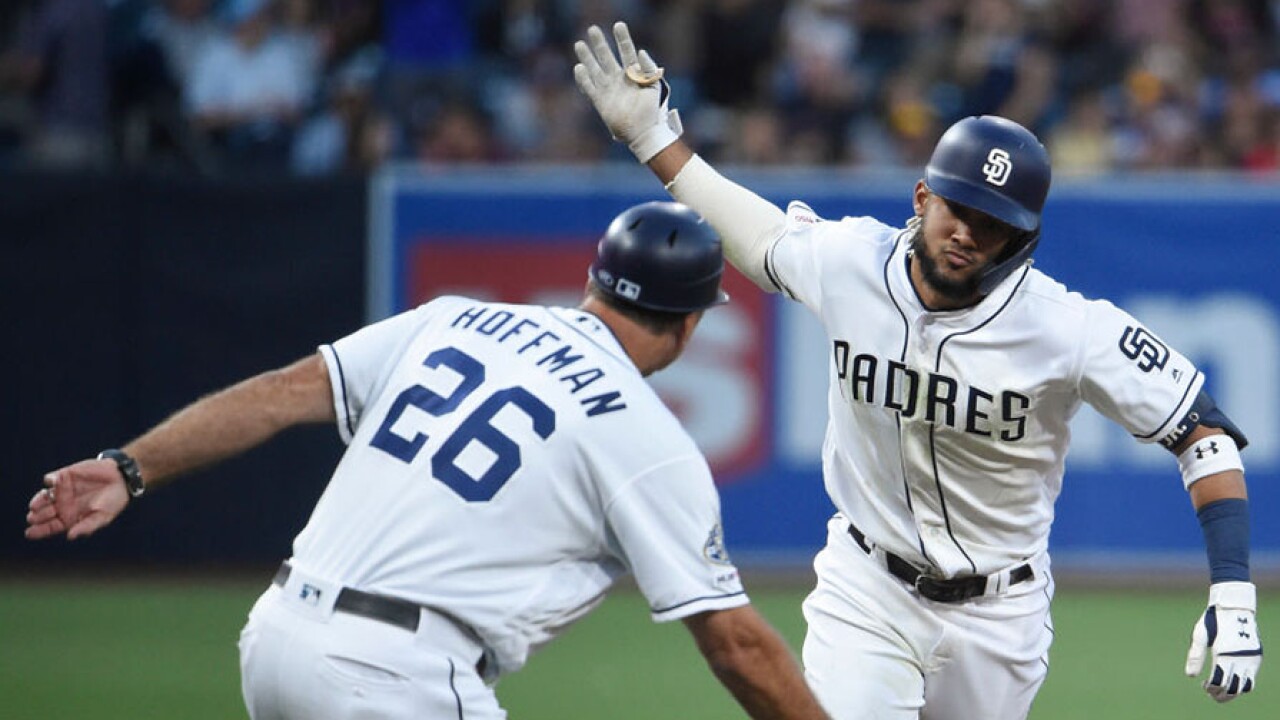 Tatis broke the old record of five leadoff homers by Will Venable in 2011 when he drove a 1-0 pitch from Jon Gray (10-8) into the home run porch in the right field corner. It was the 22nd of the season for Tatis, who hit a leadoff homer in a 3-2 loss at Seattle on Wednesday.

Manuel Margot homered in the eighth for the Padres, his ninth.

The Padres led 3-1 after two before the Rockies tied it on Trevor Story's RBI double in the third and Charlie Blackmon's leadoff homer in the fifth, his 24th.

San Diego jumped ahead 8-3 when the Rockies fell apart in the sixth. The Padres scored five unearned runs on two hits, two walks, two errors and a wild pitch. The inning was extended by Story's two-out throwing error on Luis Urias' grounder, which allowed Francisco Mejia to score. Another run scored on Gray's wild pitch. Gray made way for Jairo Diaz, whose throwing error on Tatis' dinker allowed another run before Wil Myers hit a two-run double.

The Rockies had runners on first and second with no outs in the fourth before the Padres used some nice defense to get out of the jam. Right fielder Hunter Renfroe threw out Ryan McMahon trying to score from second on Tony Wolters' single to right and then Urias and Tatis, the second baseman and shortstop, turned a double play on Gray's grounder.