Fast Facts: Things to know about the Super Bowl 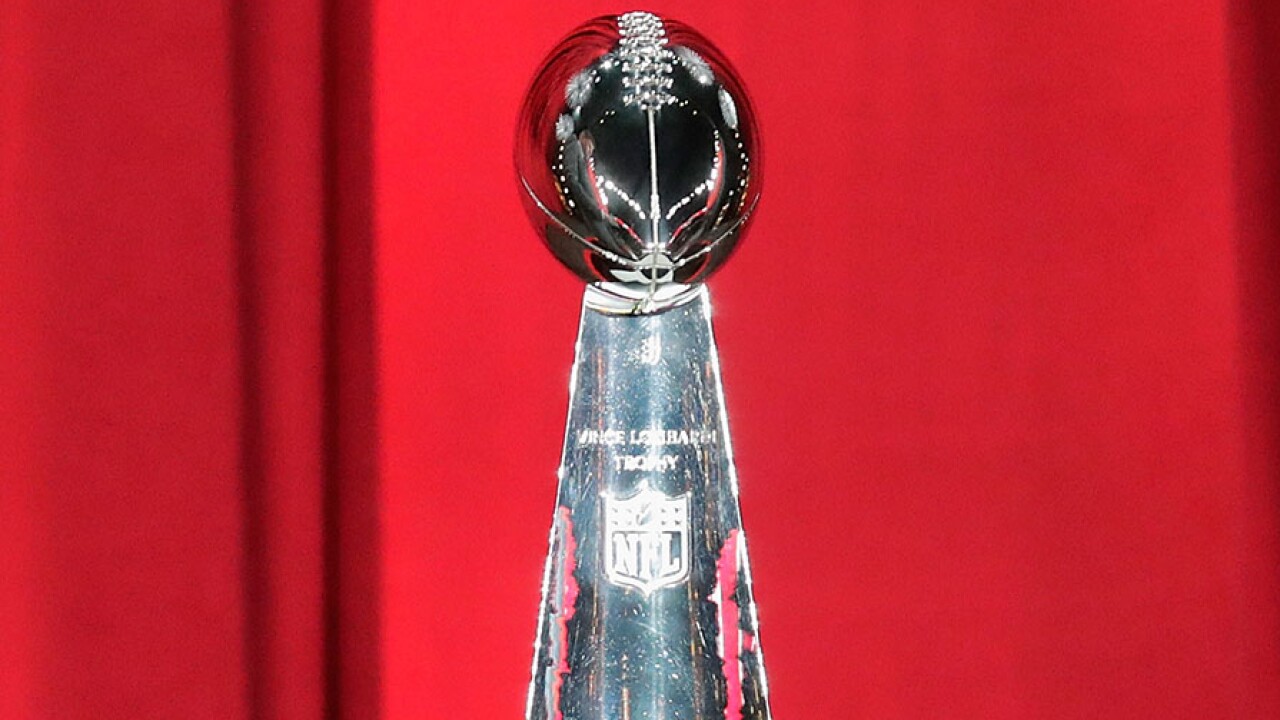 (CNN) - Here's a look at the Super Bowl, the championship game of the National Football League.

February 4, 2018 - The Philadelphia Eagles defeat the New England Patriots, 41-33, in Super Bowl LII (52) at the US Bank Stadium in Minneapolis.

Entertainment:
2019 - Maroon 5 is scheduled to headline SBLIII Halftime Show. The band is to be accompanied by other artists including Travis Scott and Big Boi.

2018 - Justin Timberlake performs during the Super Bowl halftime show. When the performance was scheduled it reignited criticism regarding his previous Super Bowl performance in 2004 with Janet Jackson. Pink sings the national anthem.

Viewership and Ratings (Nielsen):
2015 - Super Bowl XLIX (49) is the most watched US telecast of all time, with an average viewership of 114.4 million.

Other Facts:
First Super Bowl - January 15, 1967 - The first Super Bowl championship game was between the NFL (Green Bay Packers) and AFL (Kansas City Chiefs) champions at Memorial Coliseum in Los Angeles. The score was Green Bay, 35 and Kansas City, 10. Attendance was 61,946. Bart Starr, the quarterback for Green Bay, was named the MVP.

Most Losses - Denver Broncos and New England Patriots are tied, 5.

The NFL pays for up to 150 rings at $5,000 per ring (plus adjustments for increases in gold and diamonds).

The NFL also pays for 150 pieces of jewelry for the losing team, which may not cost more than half the price set for the Super Bowl ring.

The Vince Lombardi Trophy is made from sterling silver by Tiffany & Co.

February 1, 2004 - Janet Jackson's breast is exposed during the halftime performance at Super Bowl XXXVIII (38) when fellow performer Justin Timberlake rips away a piece of her bodice. She later claims it was a "wardrobe malfunction."

February 6, 2011 - Cowboy Stadium seating problems, "incomplete installation of temporary seats in a limited number of sections made the seats unusable," leaves 1,250 ticket holders without seats. 850 were distributed around the stadium to other seats, 400 were left with no options. NFL promises triple refunds for the $800.00 ticket for all 1250 people.

February 3, 2013 - Super Bowl XLVII (47) is played in New Orleans at the Mercedes-Benz Superdome. The Baltimore Ravens defeat the San Francisco 49ers 34-31. Beyonce is the half-time performer. A power failure at the Super Dome halts the game, and leaves half of the stadium in the dark for 34 minutes.