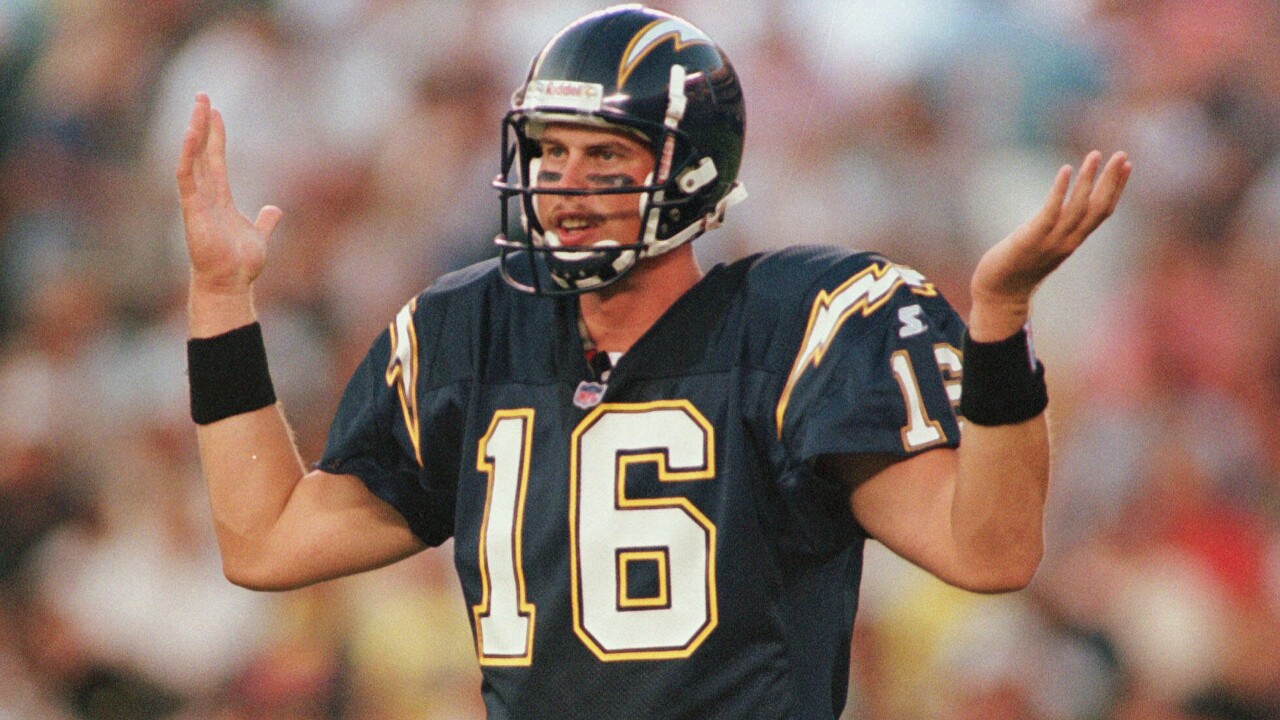 Kent Horner/AP
FILE - In this Aug. 8, 1998, file photo, San Diego Chargers' rookie quarterback Ryan Leaf, the number two player taken in the year's NFL draft, tries to figure out what play is being called from the bench during the first quarter of an NFL football game against the San Francisco 49ers in San Diego. Leaf was arrested Friday, May 22, 2020, on a domestic battery charge in Palm Desert, Calif.,, which is about 110 miles southeast of Los Angeles, according to booking information provided by the Riverside County Sheriff's Department on Saturday. (AP Photo/Kent Horner, File)

Leaf, 44, was sentenced to three years of informal probation and ordered to complete a one-year domestic violence class in connection with his guilty plea to a misdemeanor false imprisonment charge, according to John Hall, a spokesman for the Riverside County District Attorney's Office.

A misdemeanor count of domestic battery was dropped in exchange for his plea, according to Hall, who said the defendant was given time credits that canceled out a four-day jail term.

Leaf, who was arrested May 22 at a residence on Grapevine Street, was charged Wednesday and entered his plea Friday morning before a judge at the Larson Justice Center in Indio.

Leaf was sentenced in September 2014 to five years in a Texas prison for violating parole from a 2012 drug possession case, but prosecutors allowed him to use time served in Montana to fulfill the sentence and he was released in early December 2014.

After getting out of prison, Leaf began working to assist addicts and alcoholics stay sober as a program ambassador for the Los Angeles-based Transcend Recovery Community.

In 2019, Leaf joined ESPN as a college football analyst after being a studio and game analyst for the Pac-12 Network.

Leaf was the second selection in the 1998 NFL draft behind Peyton Manning. The NFL Network documentary series, "NFL Top 10," ranked him as the No. 1 draft bust of all time.

Leaf played for the San Diego Chargers in the 1998 and 2000 seasons, missing the 1999 season because of a shoulder injury, but the Chargers released him following the 2000 season. He spent the 2001 preseason with the Tampa Bay Buccaneers, but was released before the start of the season.

Leaf played four games with the Dallas Cowboys in 2001, starting three, all losses, and was released, ending his playing career.