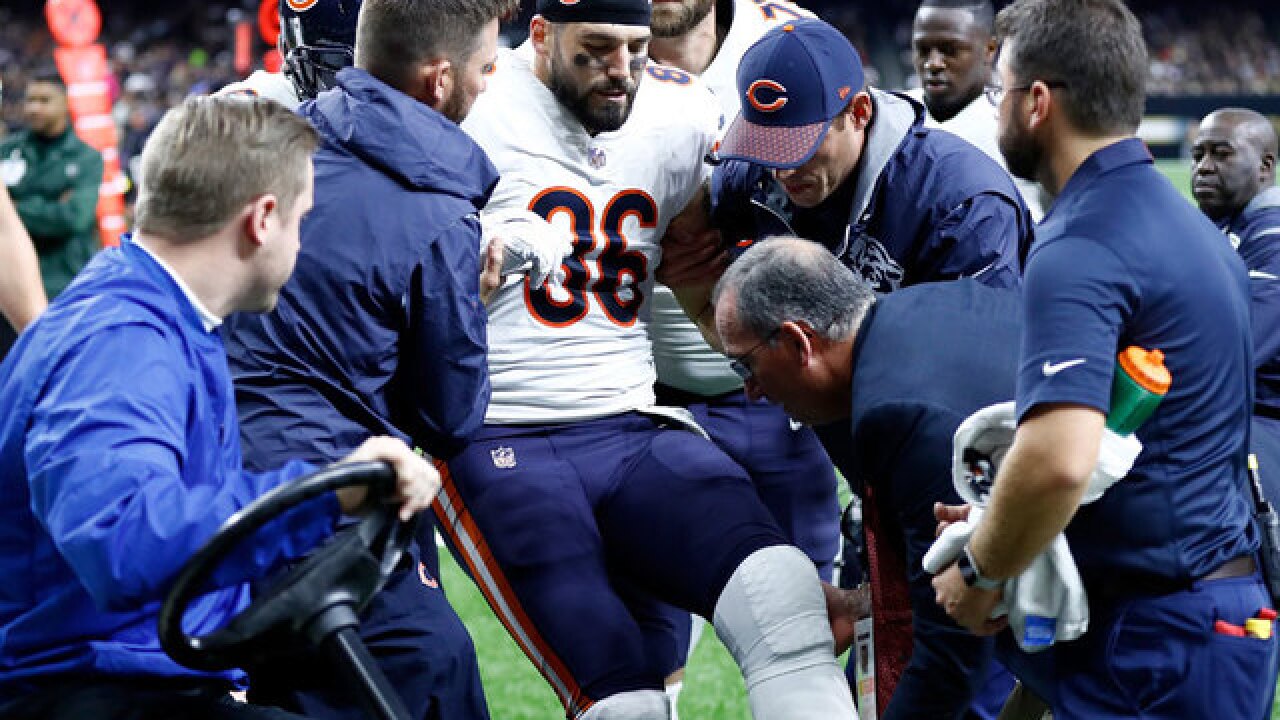 Copyright Getty Images
Wesley Hitt
Zach Miller #86 of the Chicago Bears is helped off the field after sustaining an injury during the third quarter against the New Orleans Saints at the Mercedes-Benz Superdome on October 29, 2017 in New Orleans, Louisiana.

Chicago Bears tight end Zach Miller underwent emergency surgery to save his injured left leg after he was hurt in a game on Sunday, according to an ESPN report .

In the third quarter against the New Orleans Saints, Miller jumped to catch a pass in the end zone but dislocated his knee upon landing.

He was carted off the field several minutes later and was taken to a New Orleans-area hospital, ESPN reported .

Update from the Chicago Bears on status of TE Zach Miller. pic.twitter.com/zJUf9W8Hh3

Miller's catch in the end zone did not count as a touchdown, and the Bears eventually lost the game 20-12.