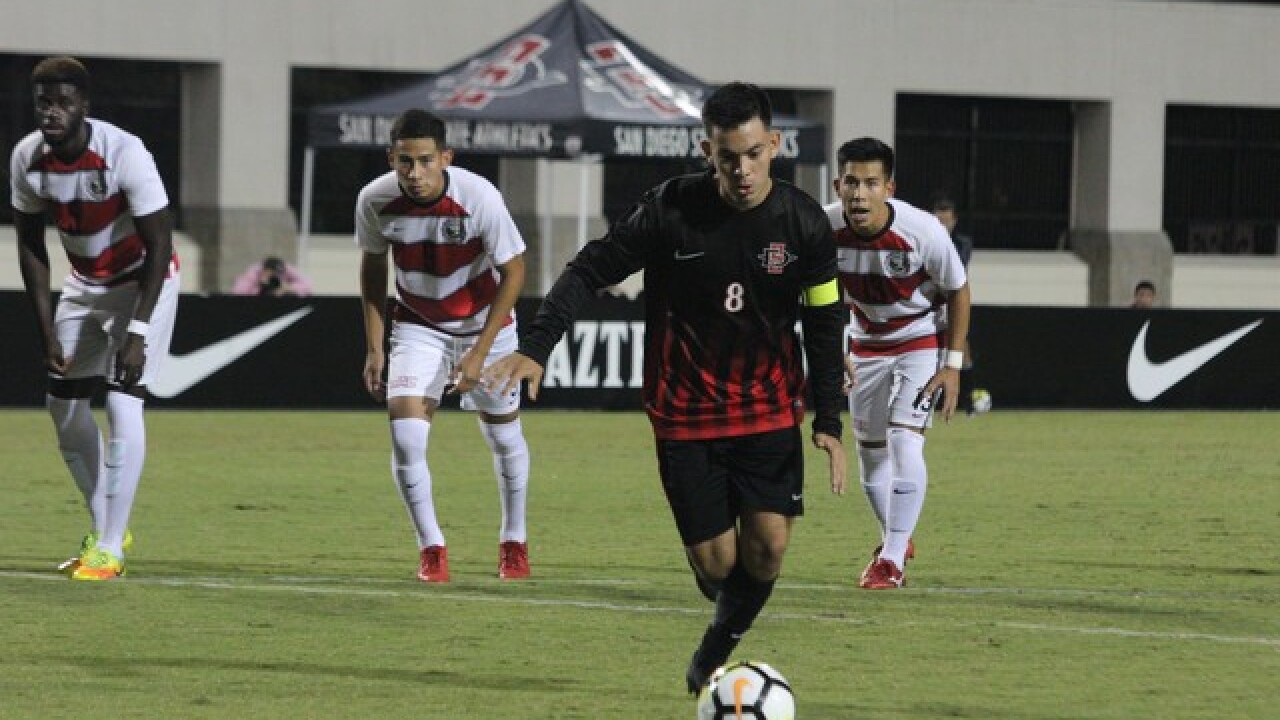 The Daily Aztec
Jocelyn Moran
<p>Junior midfielder Pablo Pelaez lines up for a kick during the Aztecs 2-1 victory over UNLV on Sept. 24 at the SDSU Sports Deck.</p>

SDSU (4-2-1) jumped out to an early 2-0 lead, and hung on for its fourth straight victory after a late goal and second half resurgence by UNLV (5-5).

“There’s many ways to win games,” Kirshner said. “We started out very bright (with) a lot of energy, a lot of good ball movement, executing a lot of the things we’ve been training.”

The Aztecs opened the scoring in the first minute after junior midfielder Pablo Pelaez scored his fourth goal of the season off of a penalty kick.

The goal was Santos first as an Aztec, and is something he said he’s worked towards.

“It felt amazing,” Santos said. “All the hard work and dedication into that one moment… I loved every second of it and hopefully there’s more to come.”

The two goals kept the Aztecs in control of the game for much of the first half, as they outshot UNLV 7-0 by the 22nd minute.

“I think we came out with the right intensity and we kind of overwhelmed them,” Berkolds said. “They couldn’t really start off and get anything on us.”