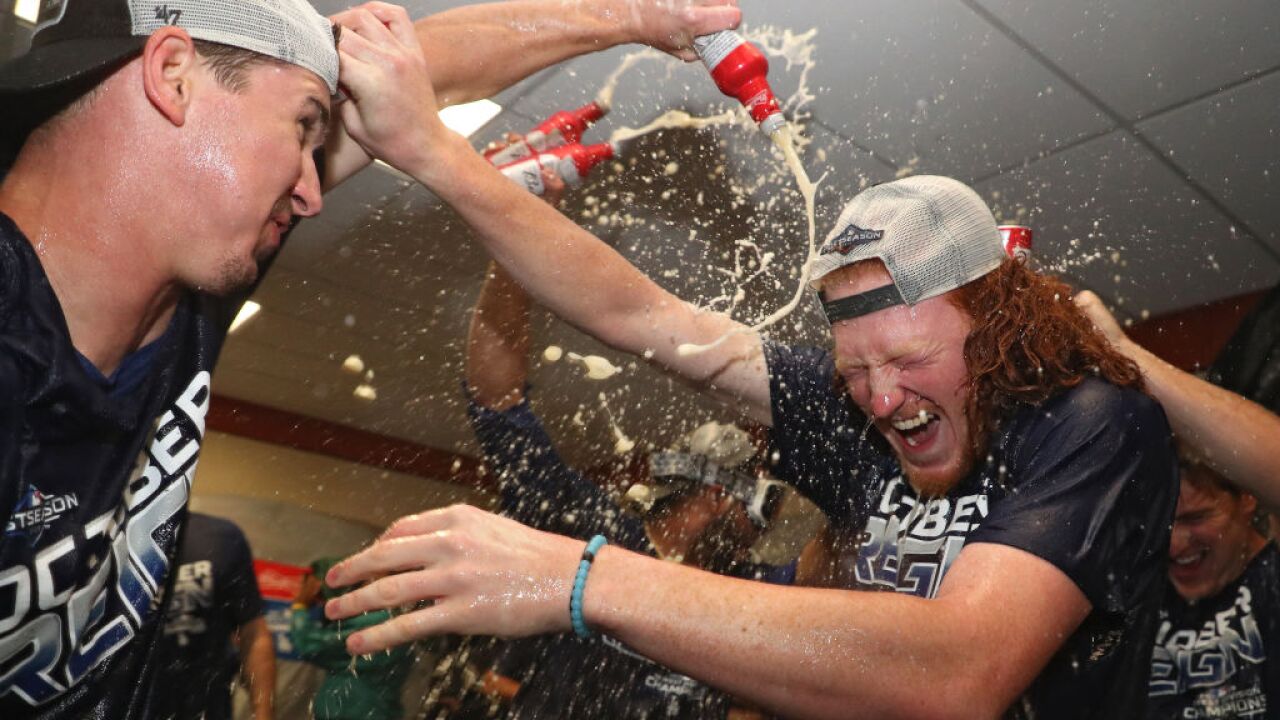 After the final out, the first team in the majors to clinch a playoff spot this season gathered at the mound for a subdued celebration that included a wardrobe change for a pending champagne celebration in the clubhouse.

Los Angeles, coming off consecutive World Series losses to Houston and Boston and seeking its first title since 1988, will likely begin the postseason at Dodger Stadium on Oct. 3 against the NL wild-card team.

The Dodgers, with a power-packed lineup and imposing rotation, gained sole possession of first place on April 17 and never looked back. Their final pursuer was the Arizona Diamondbacks, who started the day a whopping 17½ games out of first place.

Last year, the Dodgers didn't wrap up the division until the 163rd game of the season, defeating Colorado in a playoff on Oct. 1.

"I'd rather the early one versus the late one. We did the late one last year," manager Dave Roberts said before the game. "I like this one just so you can really get it past you. Give guys rest, put guys in roles and positions you might face in the postseason."

Though an Arizona loss to the New York Mets would have clinched it for the Dodgers, Los Angeles emphatically took care of business on its own. Seager homered with two on to cap a four-run first inning against Ty Blach (1-3) and added a two-run drive in the third for a 6-0 lead.

Gavin Lux hit his first career homer in the fifth to increase the Dodgers' NL record for long balls in a season to 258.

Tagged by Colorado for six runs in five innings during his previous start, Buehler (13-3) limited last-place Baltimore to four hits over seven shutout innings for the team with the lowest ERA in the league.

Buehler struck out 11, reaching double figures for the sixth time. He has 201 for the season.

The Dodgers can now coast to the finish, although they have a shot at breaking the franchise record for largest final first-place margin, 13½ games in 1955. LA is also in the running against Houston and the Yankees for best record in the majors and home-field advantage throughout October.