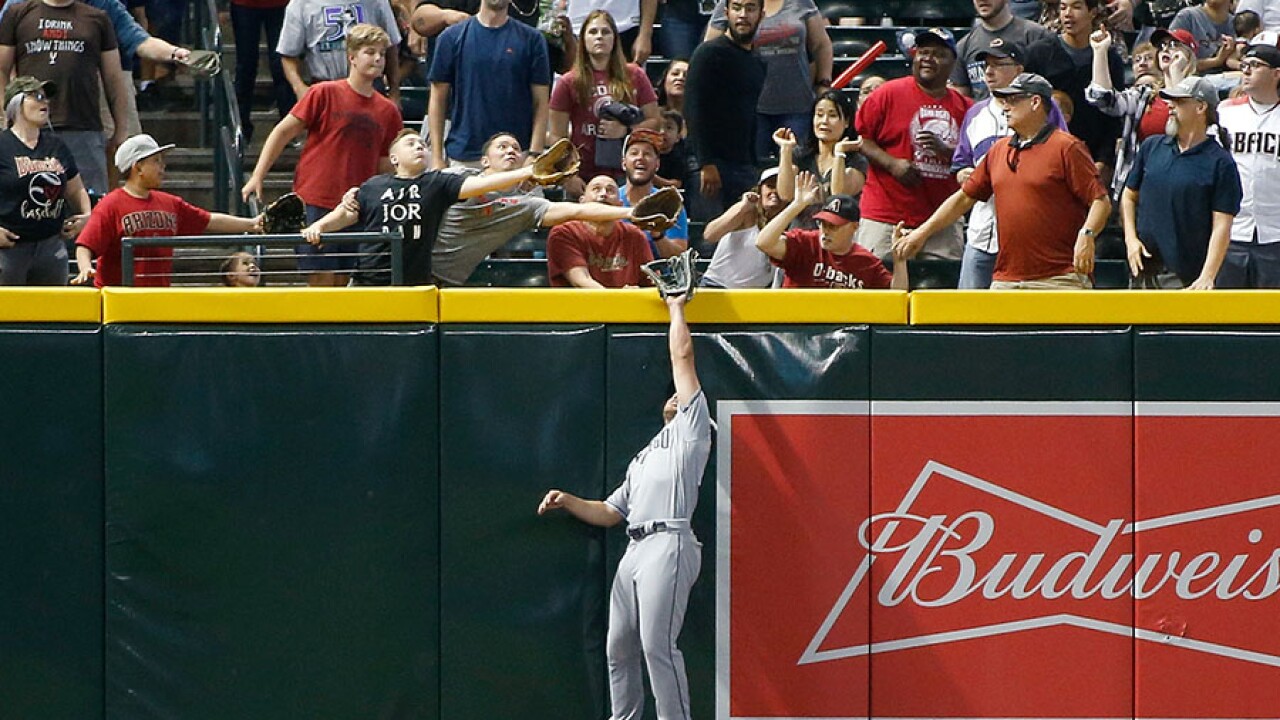 Ralph Freso/Getty Images
PHOENIX, AZ - APRIL 14: Hunter Renfroe #10 of the San Diego Padres leaps in an attempt to catch a two-run home run hit by Ketel Marte #4 of the Arizona Diamondbacks during the second inning of an MLB game at Chase Field on April 14, 2019 in Phoenix, Arizona. (Photo by Ralph Freso/Getty Images)

The Padres had won four in a row.

Peralta, out of the starting lineup for the first time this season, came up with two outs in the sixth against reliever Matt Wisler. Peralta's opposite-field home run curled over the fence in left and into the Arizona bullpen for a 6-2 lead. It was Peralta's first career pinch-hit homer.

Greinke (2-1) allowed two runs and four hits with six strikeouts. He won despite surrendering his seventh and eighth home runs of the season.

Ketel Marte and Christian Walker also homered for the Diamondbacks.

Manuel Margot led off the game with a home run and Fernando Tatis Jr. also connected for NL West-leading San Diego. The 20-year-old Tatis homered for the second straight day and has five in his rookie season.

Greinke led off the bottom of the third with a bloop single and two outs later came home on Marte's homer. Greinke made a nice defensive play in the fourth, starting a double play on a comebacker.

Greinke doubled in the fifth, took third on a wild pitch and scored when Ildemaro Vargas grounded a one-out double past first base.