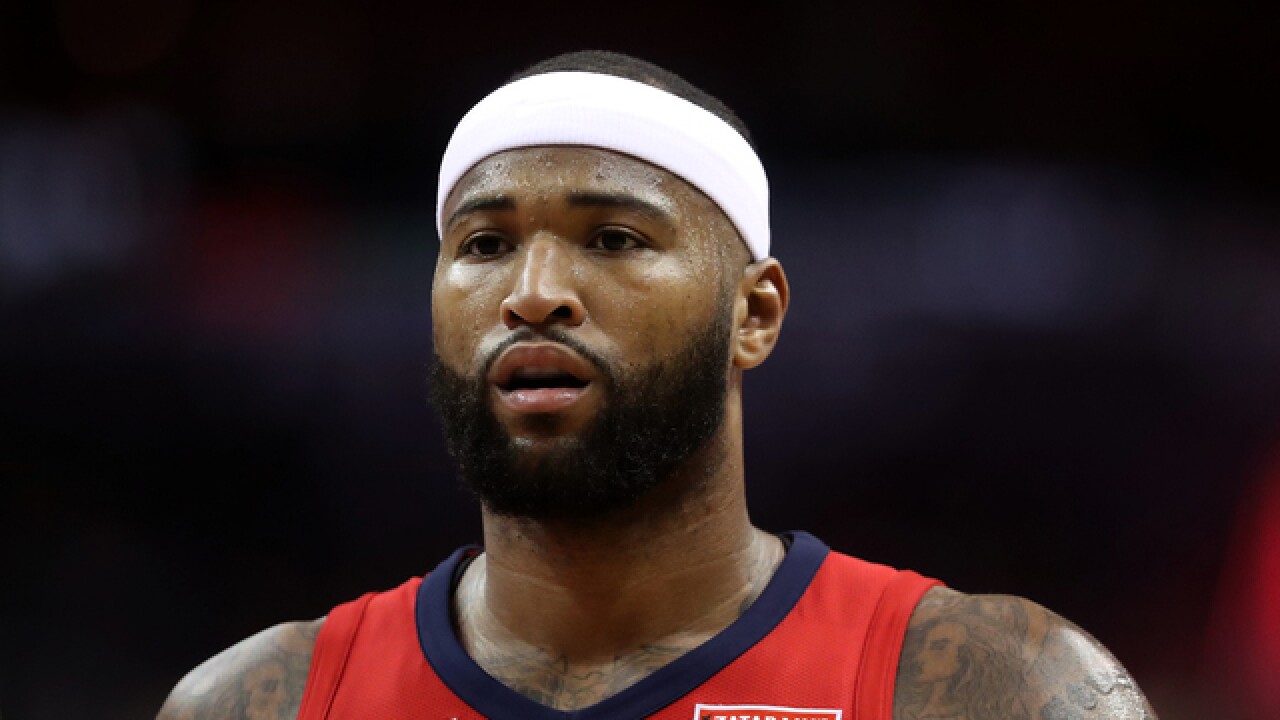 Copyright 2018 Scripps Media, Inc. All rights reserved. This material may not be published, broadcast, rewritten, or redistributed.
Rob Carr
WASHINGTON, DC - DECEMBER 19: DeMarcus Cousins #0 of the New Orleans Pelicans looks on against the Washington Wizards in the first half at Capital One Arena on December 19, 2017 in Washington, DC. NOTE TO USER: User expressly acknowledges and agrees that, by downloading and or using this photograph, User is consenting to the terms and conditions of the Getty Images License Agreement. (Photo by Rob Carr/Getty Images)

(AP) -- DeMarcus Cousins is heading to the Golden State Warriors, looking for a title.

Cousins agreed Monday to accept a one-year deal to join the two-time defending NBA champions for $5.3 million. The terms were confirmed to The Associated Press by a person directly involved in the negotiations who spoke on condition of anonymity because the contract has not been signed.

It's a low-risk, high-reward move for the Warriors, with Cousins set to return at some point this season once he completes his recovery from tearing his Achilles tendon in January. And immediately, Cousins' soon-to-be teammates welcomed the move.