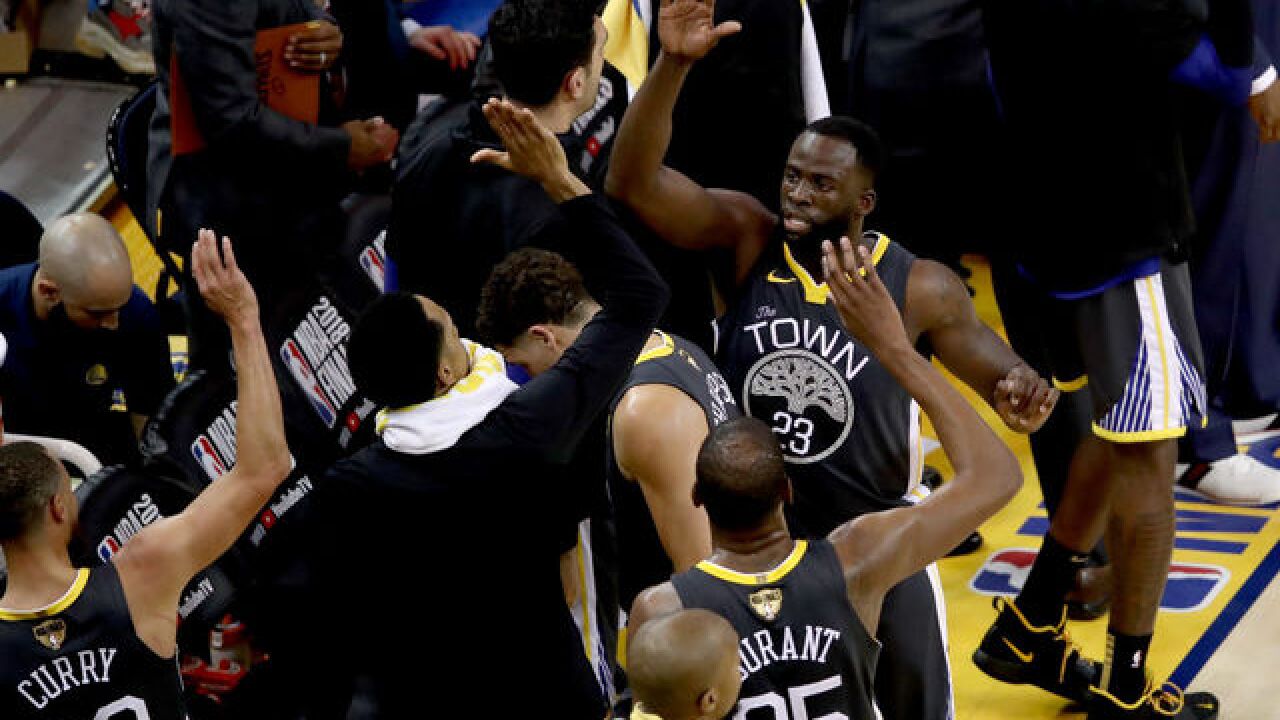 Copyright 2018 Scripps Media, Inc. All rights reserved. This material may not be published, broadcast, rewritten, or redistributed.
Ezra Shaw
<p>OAKLAND, CA - JUNE 03: Draymond Green #23 of the Golden State Warriors celebrates with teammates during the fourth quarter against the Cleveland Cavaliers in Game 2 of the 2018 NBA Finals at ORACLE Arena on June 3, 2018 in Oakland, California. NOTE TO USER: User expressly acknowledges and agrees that, by downloading and or using this photograph, User is consenting to the terms and conditions of the Getty Images License Agreement. (Photo by Ezra Shaw/Getty Images)</p>

Kevin Durant found his steady stroke to score 26 points to go with nine rebounds and seven assists while also handling a load of the defensive assignment against LeBron James. Klay Thompson added 20 points playing on a tender left leg to put the defending champions two victories from a repeat title they have talked about since the season began last fall.

James followed up his 51-point performance in Game 1 with 29 points, 13 assists and nine rebounds in a far tamer finals sequel minus the utter craziness of a drama-packed opener three days prior.