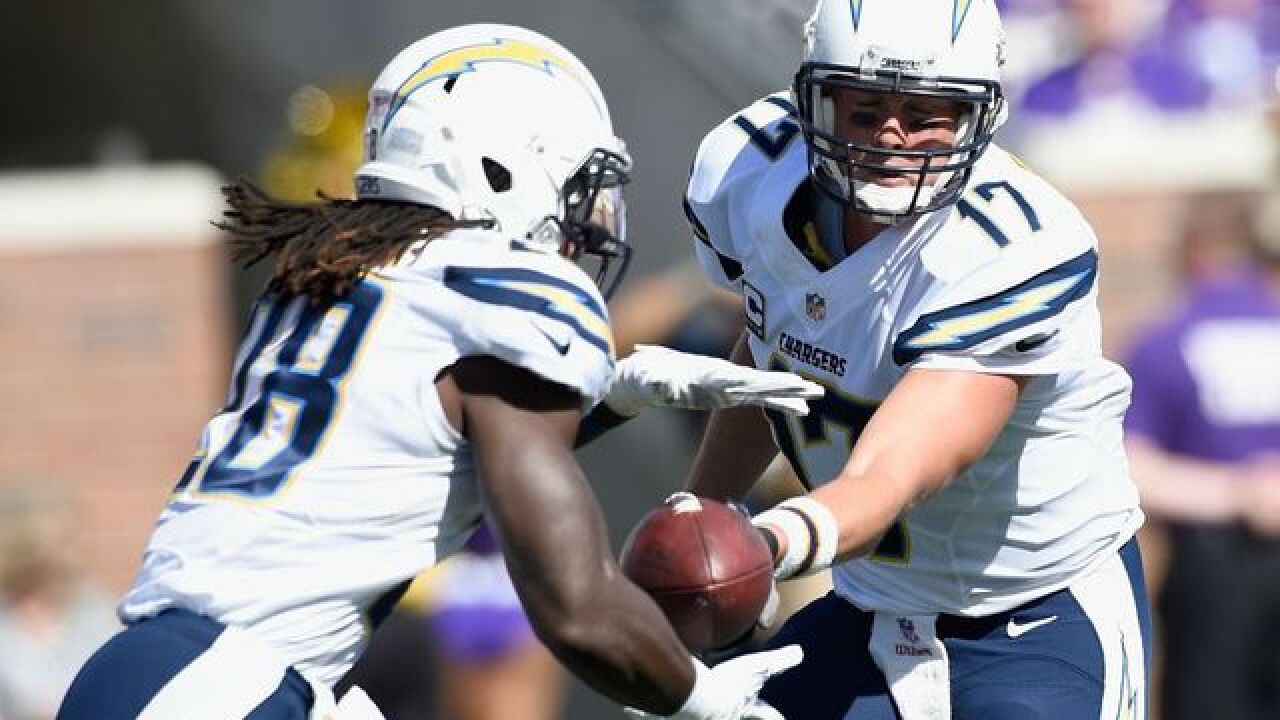 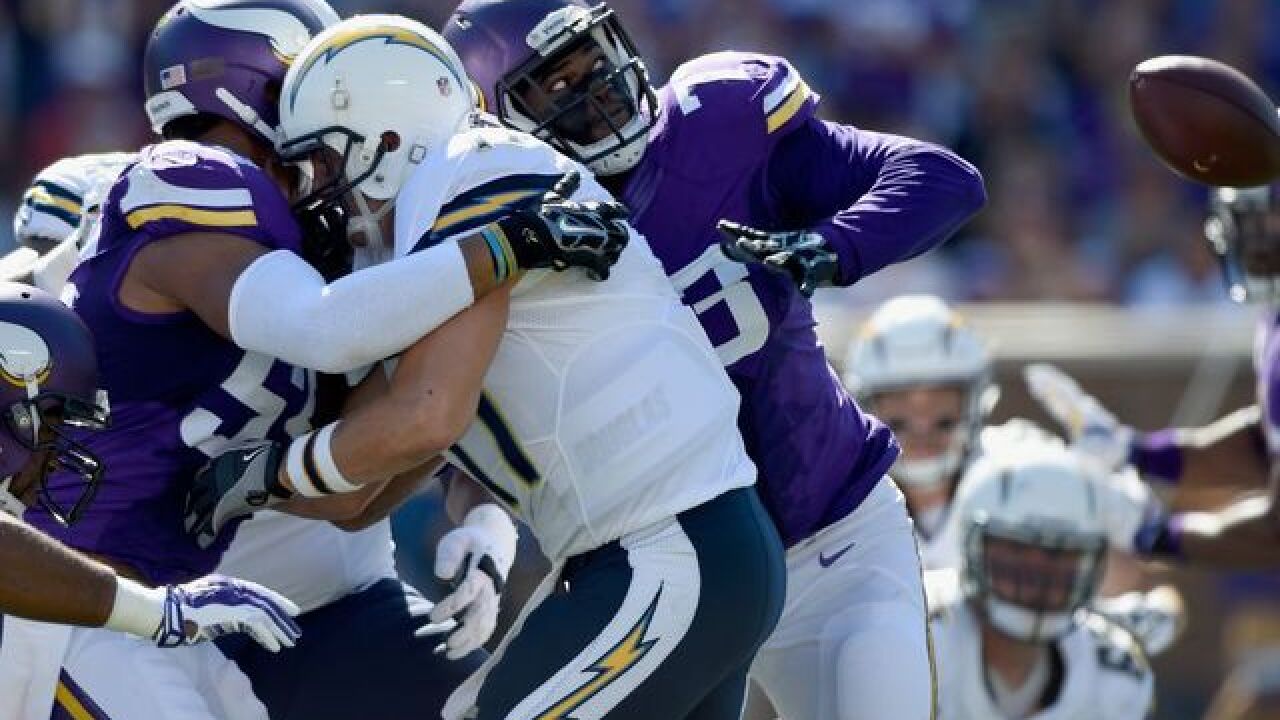 Adrian Peterson plowed through San Diego's defense for 126 yards and two touchdowns on 20 rushes in three quarters on Sunday, and the Minnesota Vikings trampled Philip Rivers and the injury-depleted Chargers 31-14.

Chad Greenway scored on a 91-yard interception return for the Vikings (2-1), who improved to 7-3 at home under coach Mike Zimmer.

Rivers was pulled for Kellen Clemens midway through the fourth quarter when the deficit reached 24 points. Sacked four times for a loss of 28 yards, Rivers went 21 for 34 for 246 yards with two turnovers and took a hard hit to the midsection from Anthony Barr in the third quarter.

Keenan Allen had 12 catches for 133 yards and two touchdowns for the Chargers (1-2).