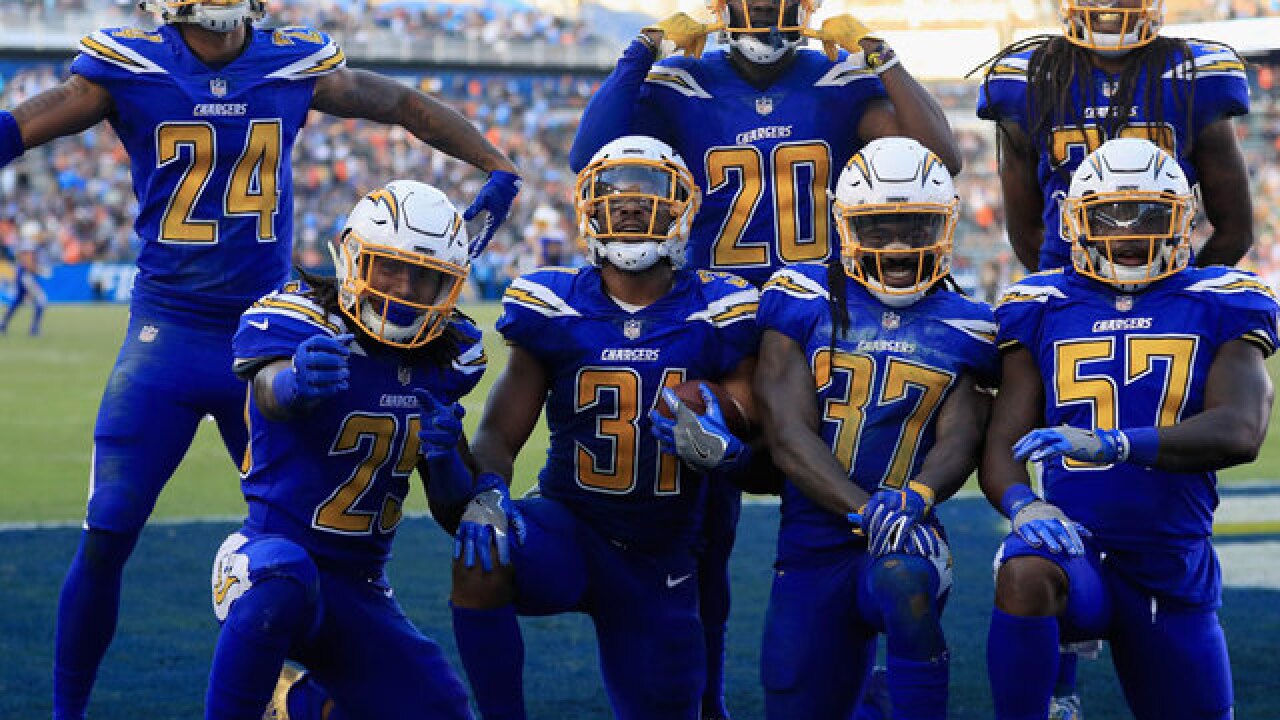 (KGTV) - The Los Angeles Chargers pulled into a first-place tie in the AFC West after beating the Cleveland Browns Sunday at StubHub Center.

Philip Rivers passed for 344 yards and a touchdown while new kicker Travis Coons connected on four field goals for the Bolts, who have won six of their past eight games and are now tied at 6-6 with Oakland and Kansas City at the top of the division.

The Chargers started the season 0-4.

Keenan Allen rounded out the 19-10 win by setting an NFL record. With 10 catches for 105 yards and a 7-yard touchdown, the fifth-year wide receiver became the first player in NFL history with at least 10 receptions, at least 100 yards and a touchdown in three straight games.

The loss keeps the Browns winless at 0-12.

Browns receiver Josh Gordon, playing in his first NFL game since 2014, had four catches for 84 yards. Gordon, who has been suspended numerous times for violating the league's substance abuse policy, was reinstated from suspension in November.

The Chargers host the Redskins on Dec. 10 before hitting the road for a matchup with the Chiefs on Dec. 16.