Chapman on the brink of immortality for SDSU football 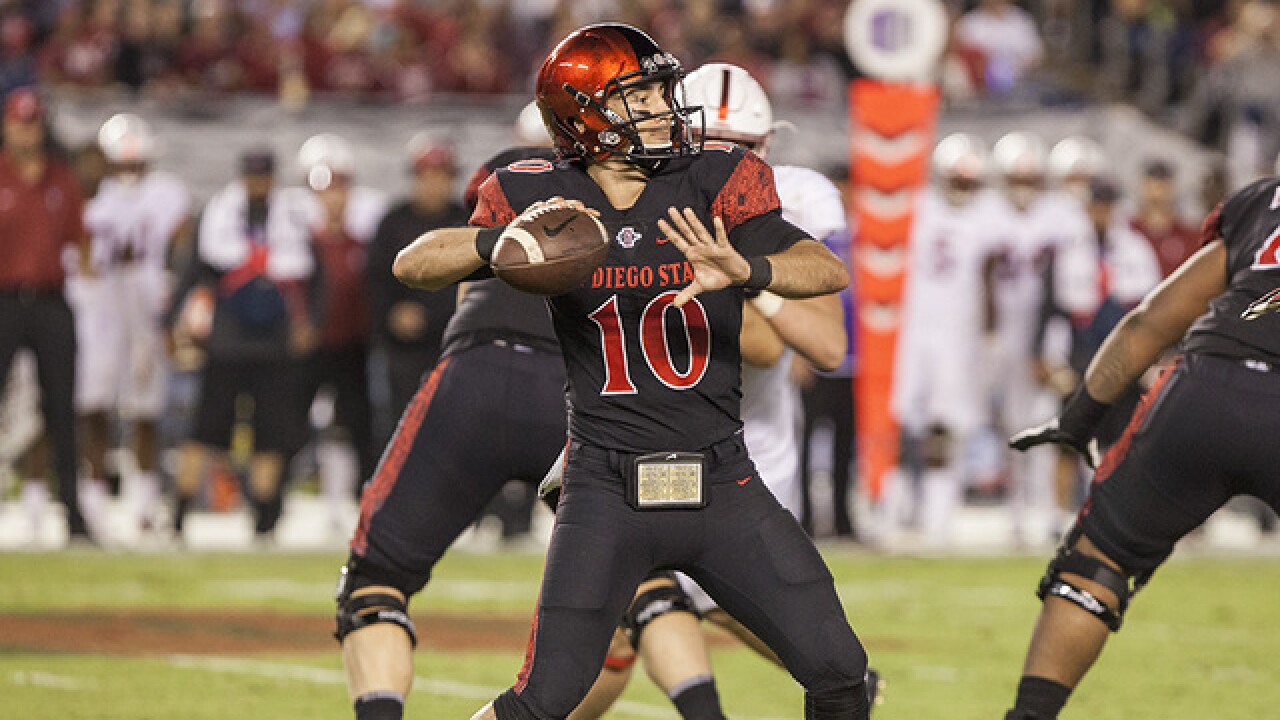 The Daily Aztec
Kelly Smiley
<p>Redshirt junior quarterback Christian Chapman pulls back for a pass during SDSU’s win over Stanford on Sept. 16, 2017.</p>

With 23 wins against only six losses, Chapman is one victory away from replacing Ryan Lindley (2008-11) as the winningest quarterback in school history.

A a local product out of Carlsbad High School, Chapman said the chance at SDSU immortality is hard to fathom.

“It’s surreal. Something I did not think would ever happen coming here,” he said. “It’s always a dream for people, a goal. But to actually almost be there and on the cusp of obtaining it is crazy.”

Chapman has become a familiar face on the Mesa, having started 29 straight games under center. A streak which began with the final two games of his redshirt freshman season in 2015.

“It’s crazy how many games I’ve played,” he said. “A lot of people don’t play that much in college football. My coach in high school always said it’s a marathon, you might not play until your junior or senior year.”

Chapman’s current head coach, Rocky Long, said that his quarterback does not get the respect he deserves, and should be seen on the same level as other all-time SDSU greats.

“As long as he wins one more game as the starting quarterback, there’s an argument that he might be the best quarterback that ever played here,” Long said. “And not one person has ever said that but me.”