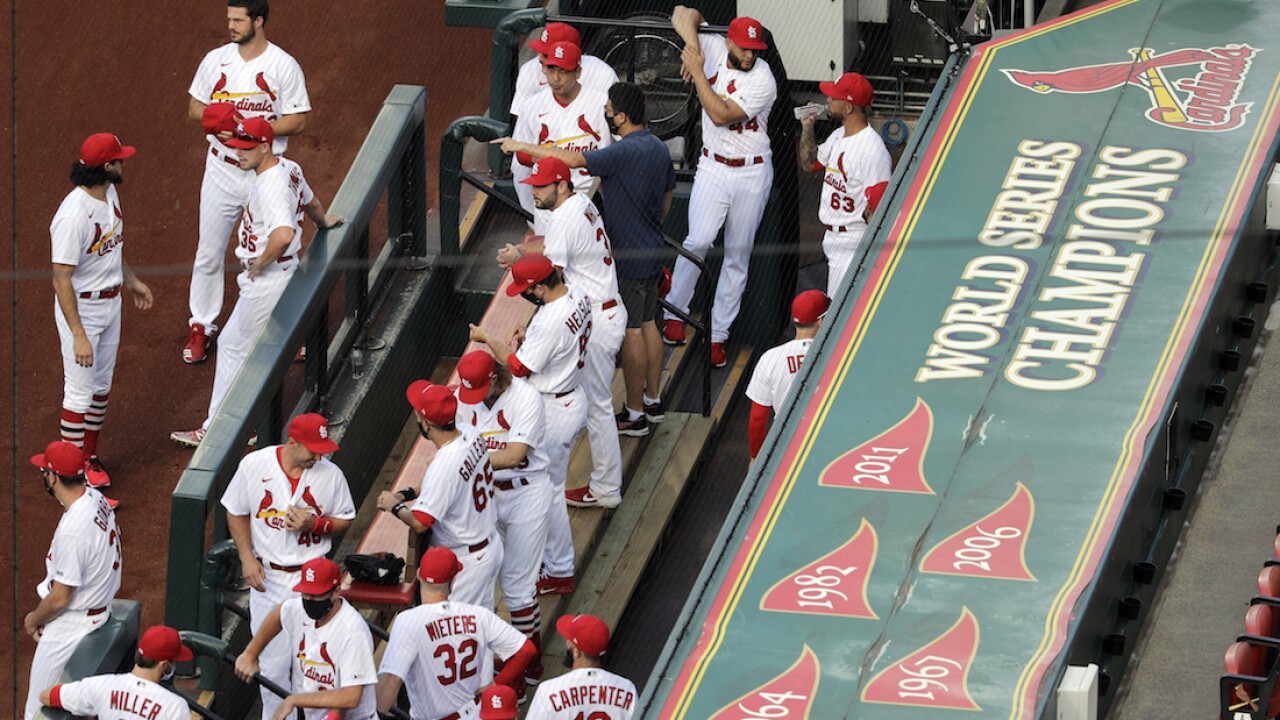 Copyright 2020 The Associated Press. All rights reserved.
Jeff Roberson/AP
FILE - In this July 24, 2020, file photo, members of the St. Louis Cardinals wait to be introduced before the start of a baseball game against the Pittsburgh Pirates in St. Louis. The Cardinals 4-game series against the Detroit Tigers was postponed Monday, Aug. 3, 2020, after more Cardinals players and staff staffers test positive for COVD-19. The series was to have been played in Detroit from Tuesday through Thursday. (AP Photo/Jeff Roberson, File)

ST. LOUIS (AP) — The Cardinals' game Friday against the Chicago Cubs was postponed after another St. Louis player tested positive for COVID-19.

In a press release, Major League Baseball said the game was postponed to allow more time for additional testing and to complete the contact tracing process.

The Cardinals have been off since last week when two players returned positive coronavirus tests.

ESPN reported the Cardinals already have games to make up due to postponing against the Milwaukee Brewers, who they were scheduled to play last week in a 3-game series.

They are scheduled to play against the Brewers in doubleheaders on Sept. 18 and 20, and then as home team in St. Louis for a twin-bill on Sept. 25, ESPN reported.

According to ESPN, on Aug. 13 and Sept. 10, the Cardinals will play a doubleheader against the Detroit Tigers, who they were supposed to play in a 4-game series on Monday.

Since MLB postponed the Field of Dreams game due to COVID-19, the Cardinals and Chicago White Sox will now play on Aug. 14 in Chicago.