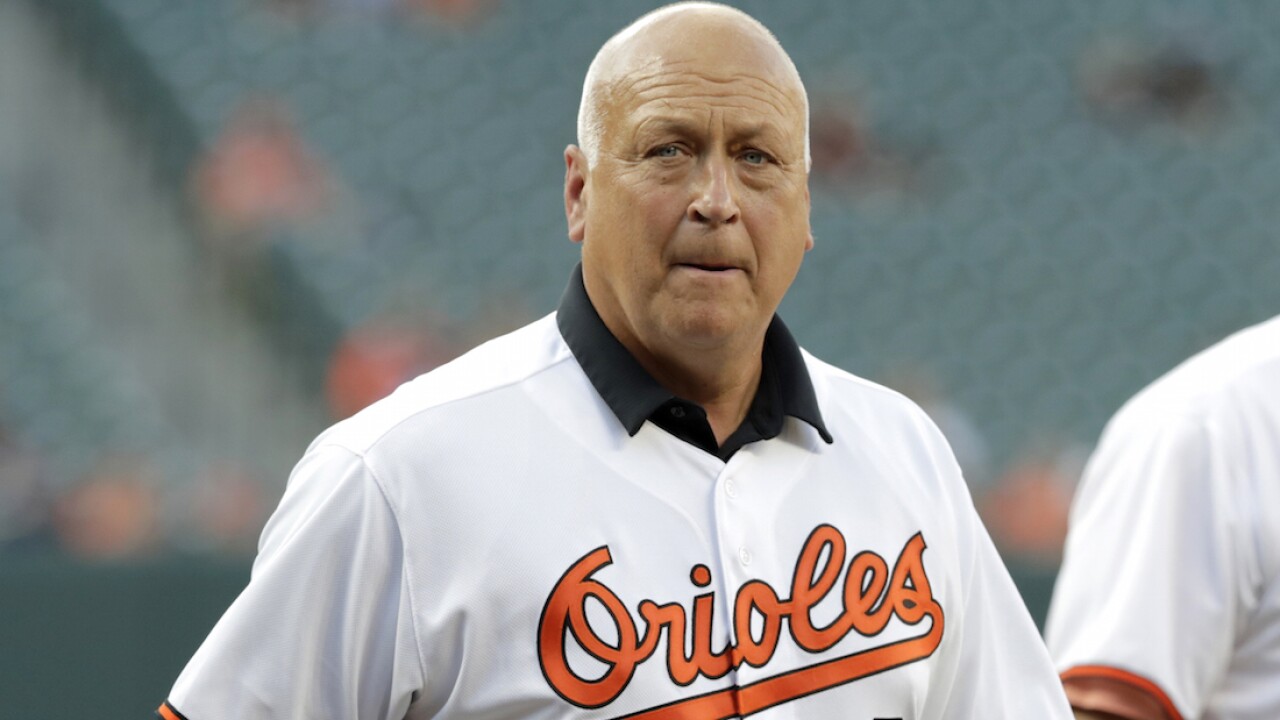 Cal Ripken Jr. says he is cancer-free after surgery in March to remove a tumor from his prostate.

On Thursday, the former All-Star revealed the news to reporters over a Zoom call.

Earlier today during a call with Orioles beat writers, discussing 2131, Cal divulged that in February he was diagnosed and treated for Prostate Cancer. Here are his words on the news. – CRJ, Inc. pic.twitter.com/4zeID602zP

Known as "The Iron Man" for his record streak of playing in more than 2,600 consecutive games, the Hall of Famer for the Baltimore Orioles was diagnosed with cancer in February.

"It scared me. It scared me a lot and it stops you in your tracks," Ripken told WMAR. "The good news is I caught it early. It was all contained in the prostate. When they took the prostate out I’m cancer free."

He wasn't experiencing symptoms, but bloodwork results prompted a visit to a urologist.

He initially wanted to keep his story secret but hopes his experience encourages others to be tested.

"I can potentially help a few other people with this message - and sharing the story - and I help myself along the way because it does give me a freeing sense to continue to live your life," Ripken said to WMAR.

The Orioles legend retired in 2001 and was inducted in 2007 into the Baseball Hall of Fame.