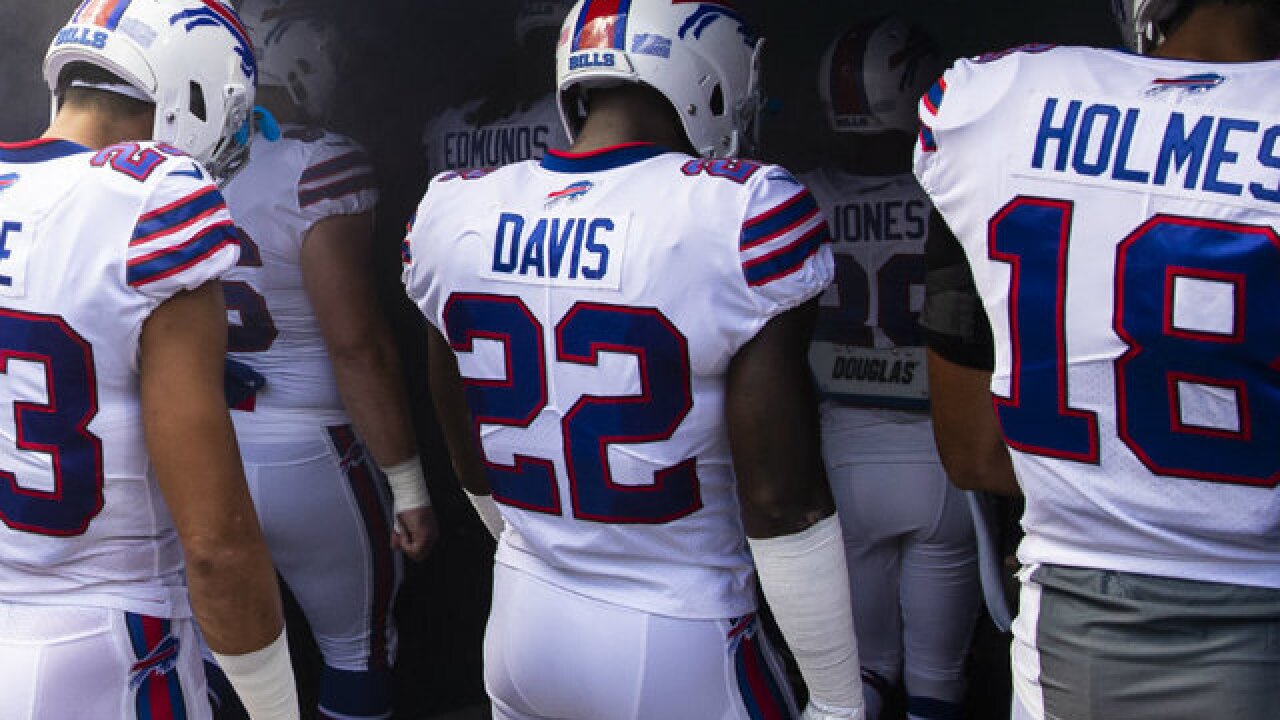 (KGTV) - Longtime NFL player Vontae Davis called it quits in the middle of a game Sunday.

Davis, a cornerback for the Buffalo Bills, reportedly got dressed in street clothes and left the team during halftime of their game against the Los Angeles Chargers.

Bills head coach Sean McDermott told reporters after the game that Davis pulled himself from the game and communicated to members of the staff that “he was done.”

Word is Vontae Davis put on his street clothes at half, said he was quitting and left the stadium, per another source https://t.co/spdxMWrNSd

Several Bills players expressed disappointment with Davis’ decision, with many of them learning about his actions after taking the field for the second half.

Bills defensive end Lorenzo Alexander said, “I don't have nothing to say about Vontae so I'll give him a little bit more respect than he showed us today as far as quitting on us in the middle of the game. Never seen it, ever. Pop Warner. High school. College. Pros."

The 30-year-old Davis signed a one-year, $ 5 million deal with the Bills this offseason after spending nine years with the Miami Dolphins and Indianapolis Colts.

Davis released a statement on Twitter indicating his decision to retire from pro football:

"This isn't how I pictured retiring from the NFL.

But in my 10th NFL season, I have been doing what my body has been programmed to do: get ready to play on game day. I've endured multiple surgeries and played through many different injuries throughout my career and over the last few weeks, this was the latest physical challenge.

But today on the field, reality hit me fast and hard: I shouldn't be out there anymore.

I meant no disrespect to my teammates and coaches. But hold myself to a standard. Mentally, I always expect myself to play at a high level. But physically I know today that isn't possible, and I hand an honest moment with myself. While I was on the field, I just didn't feel right, and I told the coaches, 'I'm not feeling like myself.'

I also wondered: Do I want to keep sacrificing?

And truthfully, I do not because the season is long, and it's more important for me and my family to walk away healthy than to willfully embrace the warriors mentality and limp away too late.

Lastly, I am grateful to God for what he has in store for me ahead in this next chapter of my life."