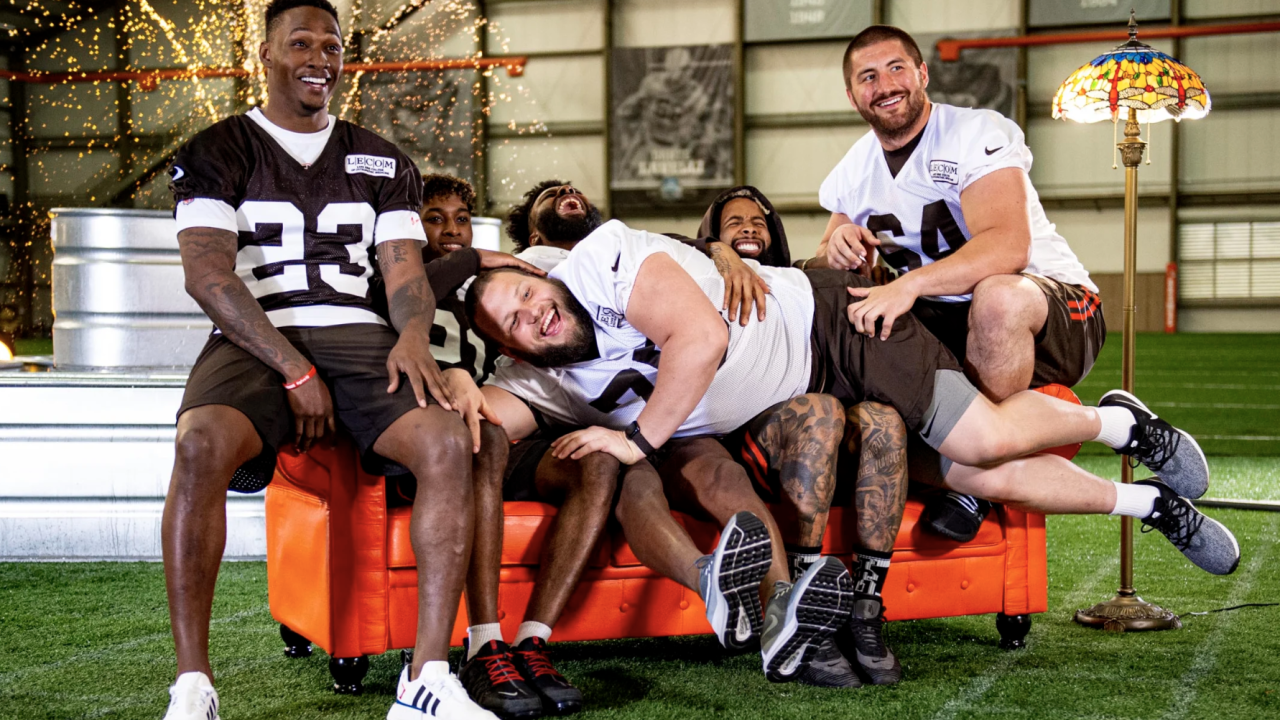 The motto "Work hard, play hard" is one the Cleveland Browns seem to live by. Not only do the Cleveland Browns show off their skills on the field, which was evident in Monday night's victory against the Jets, but they can act and have fun while doing it. The Browns released their latest addition of their parody series, this time featuring six players dancing to the iconic opening of "Friends."

In the 48-second video clip that was posted after the team's victory on Monday, Odell Beckham Jr., Denzel Ward, Joel Bitonio, Damarious Randall, Jarvis Landry and JC Tretter are lounging on the couch at the team's training facility.

Some highlights of the parody include OBJ's dancing skills and Tretter and Bitonio having a water fight.

Last year, the Browns came together in a parody of the show "The Office."

So far, their viral video has received at least 1 million views and over 17,600 likes.