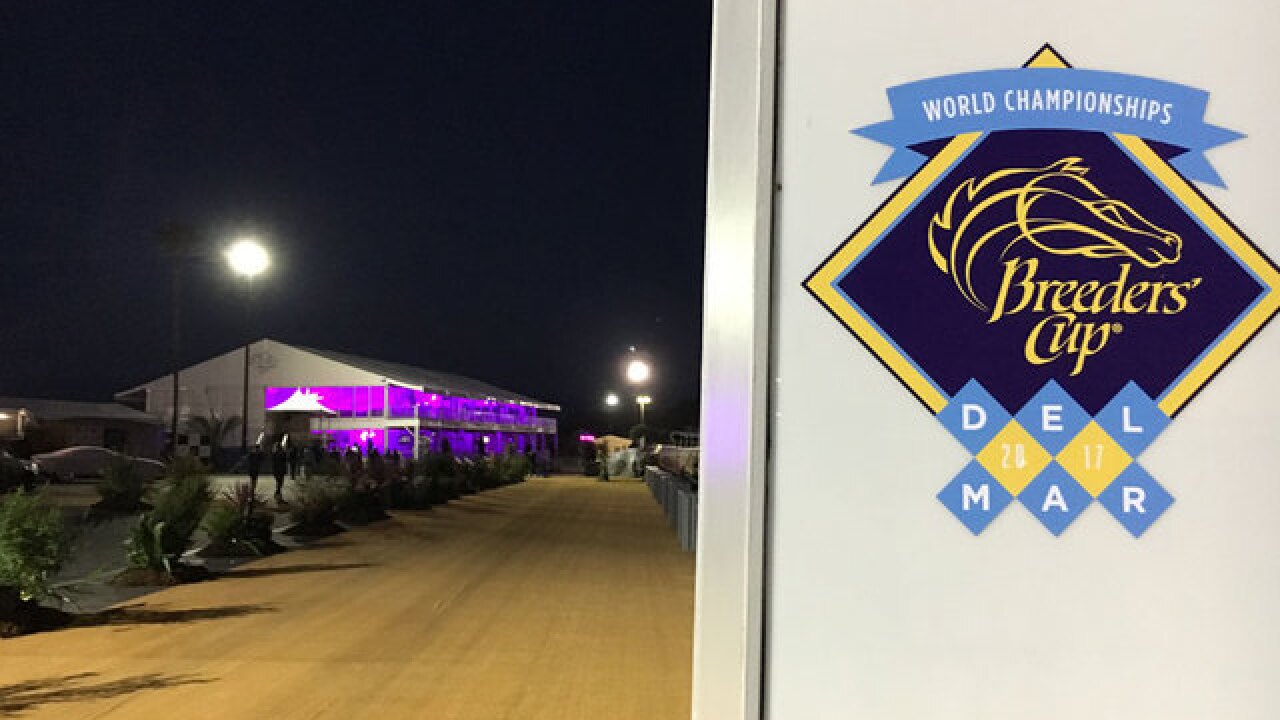 DEL MAR, Calif. (CNS) - The Breeders' Cup World Championships' Del Mar debut in November came with a $98.8 million economic boost to the region, according to a report.

Visitors who came to the San Diego region to see the thoroughbred horse race series spent $57.8 million on accommodations, restaurants, transportation and other expenditures.

The cup, which is held at different locations each year, brought $27.2 million in track improvements to the Del Mar Racetrack, according to a study by Carlsbad-based Sports Management Research Institute.

Last year was the first time the prestigious Breeders' Cup was staged in Del Mar. Though it will be held in Kentucky this year, officials said the impact on San Diego could be a lasting one.

"San Diego once again proved itself to be one of the most desirable destinations for world class events when our region hosted the Breeders' Cup for the first time," San Diego Mayor Kevin Faulconer said. "This new study shows the tremendous boost the Breeders' Cup gave our local economy and how hosting events like this create jobs and generate revenue that helps keep our neighborhoods clean and safe."

The study found that attending the event left 71 percent of attendees with a more favorable impression of San Diego than they previously had and 73 percent said they would like to return to the city the following year.

The average Breeders' Cup attendee has an average household income of $225,000 -- which translates into more money spent while visiting the region, according to Kathleen Davis, chief executive of the research institute.

Attendees in Del Mar spent 21.4 percent more in on-track wagering compared to the 2016 races, which were held at Santa Anita Park in the San Gabriel Valley.

The Breeders' Cup president left open the possibility of bringing the races back to Del Mar for a second time.

"This study further validates the power of our brand as a national and international event and the attractiveness of the San Diego and Del Mar communities for our guests," Craig Fravel said. "We look forward to future opportunities to collaborate with the many fantastic partners we worked with in 2017 in any effort to bring the Breeders' Cup back to Del Mar."