Why was Steelers coach allowed to bait Pacman? 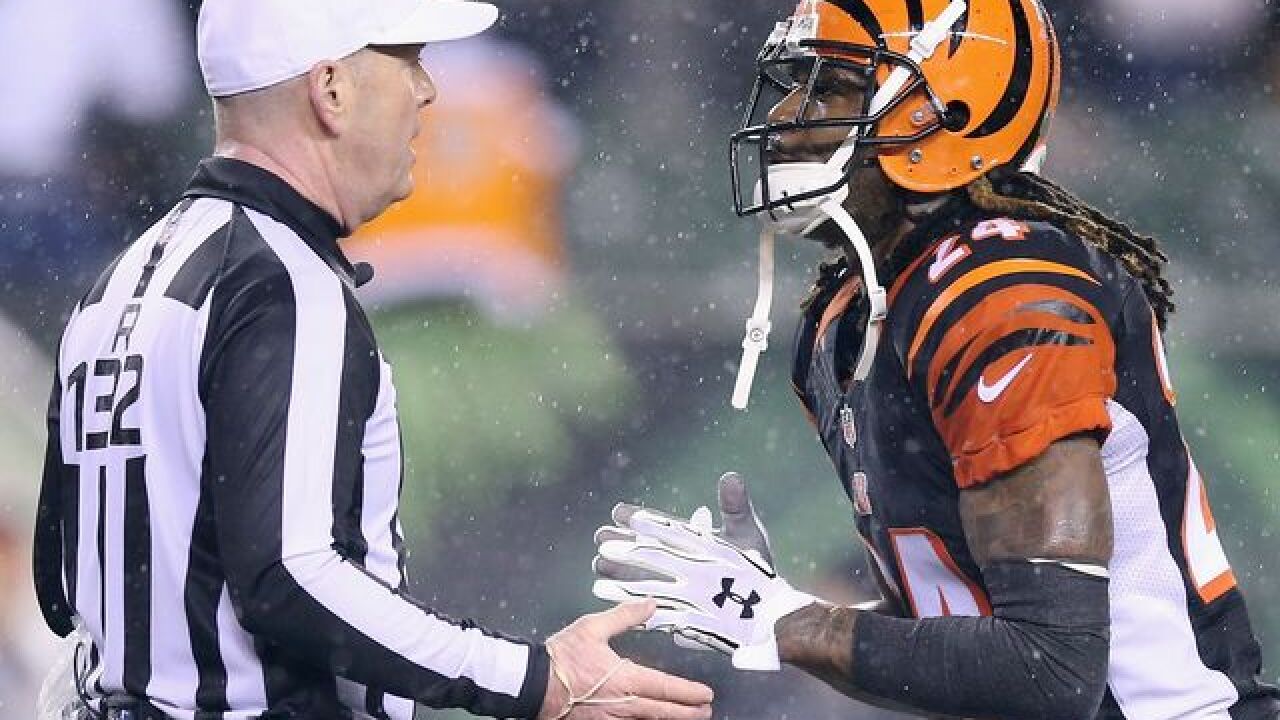 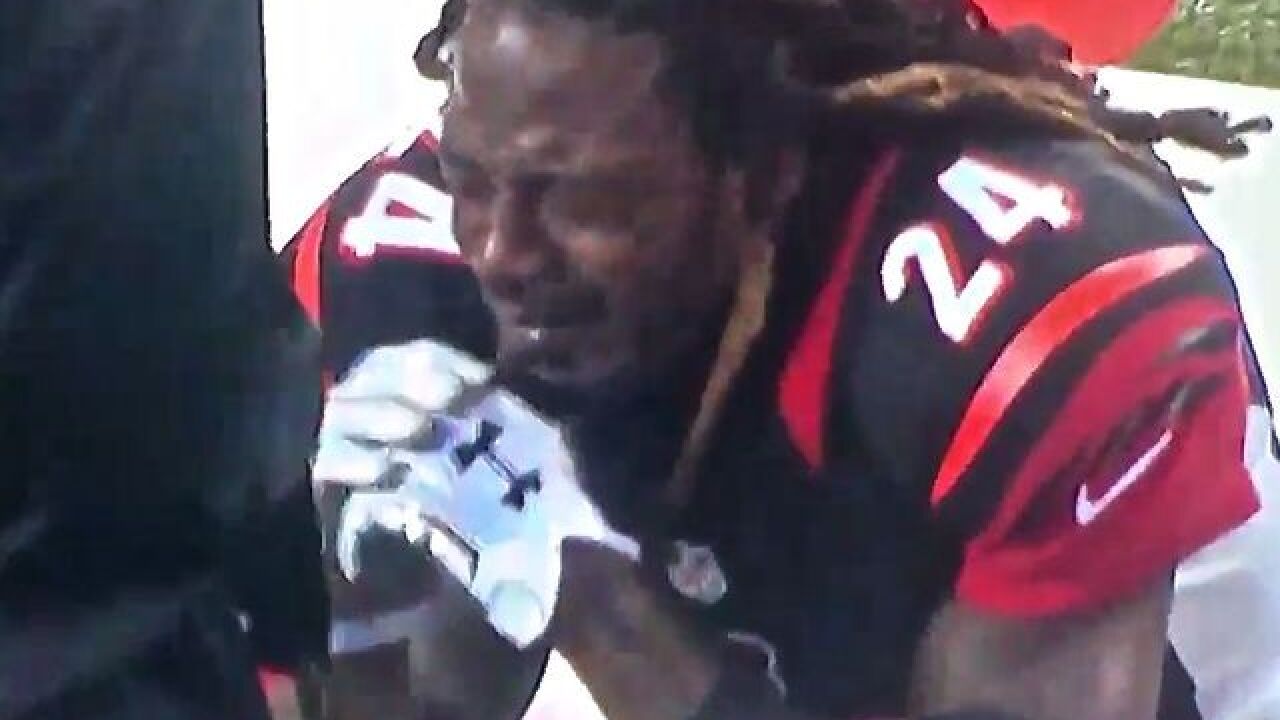 CINCINNATI – Was Adam Jones in the right when he went off on the officials in his profanity-filled tirade after Saturday night's game?

Jones and Vontaze Burfict said they complained to the officials that Steelers linebackers coach Joey Porter shouldn't have been allowed on the field to bait them during the injury timeout at the end.

"The ref did a horrible ------- job," Jones said in a video on Instagram, which he quickly deleted.

"That's why Adam pushed him (Porter). He shouldn't be on the field cussing us out," Burfict said.

And the rulebook seems to agree with Jones and Burfict.

Why was Porter on the field in the first place, much less in a tense moment with the game on the line?

Was he photobombing for cameras when he casually walked into a group of Bengals after Burfict laid out receiver Antonio Brown? Burfict's late hit to Brown's head drew a 15-yard personal foul.

Or Porter could have done that to provoke the Bengals. Either way, he succeeded.

After Porter appeared to bait them, Jones tried to push through an official to confront Porter. That's when the yellow flag came out that set up the Steelers' game-winning chip-shot field goal in the AFC wild card game at Paul Brown Stadium.

Without the Jones penalty, Chris Boswell would have had to kick a 50-yarder with 14 seconds left to beat the Bengals. But after the penalty moved the ball 15 yards closer, Boswell easily made the 35-yarder for an 18-16 win.

According to Rule 13.1.2, only trainers are allowed on the field to tend to injured players. Coaches have to ask for permission from officials. So unless Porter got the OK – and that was unknown after the game – he should have been penalized 15 yards, too.

Here's what the rule says:

Either or both team attendants and their helpers may enter the field to attend their team during a team timeout by either team. No other non-player may come on the field without the Referee’s permission, unless he is an incoming substitute (5-2-2).

During any team timeout, all playing rules continue in force. Representatives of either team are prohibited from entering the field unless they are incoming substitutes, or team attendants or trainers entering to provide for the welfare of a player, and any game-type activities are prohibited on the Field of Play.

ESPN's Adam Scheftner tweeted Sunday morning that Porter will be fined for his actions Saturday night, attributing the information to "a source."

Steelers assistant coach Joey Porter will be fined for coming on to field Saturday night and engaging Bengals players, per a source.

Some Bengals also questioned why Pittsburgh's Ryan Shazier wasn't penalized for a helmet-to-helmet hit on Gio Bernard earlier in the game. Jeremy Hill left the sideline and went after Shazier, but teammates held Hill back.

"I was just a  little upset that they were celebrating it (the hit on Bernard)," Hill said. "Gio works so hard for this team and then to see someone him in the head like that, and him be laid out like that and then see people celebrate, I just lost it. That's not football to me."